Saturn’s largest moon, Titan, could have a sea of liquid methane that is at least 1,000-feet deep. Called Kraken Mare, this massive sea is estimated to be nearly the size of all five Great Lakes combined, and represents a model environment of a possible atmosphere of early Earth. Titan uses solar light, which is approximately 100 times less intense than on Earth, to constantly convert methane in the atmosphere into ethane, thus completely depleting Titan’s surface stores. Read more for two videos and additional information.

This discovery was gathered using data from Cassini’s T104 flyby of Titan on Aug. 21, 2014, when its radar surveyed Ligeia Mare – a smaller sea in the moon’s northern polar region – to look for the mysteriously disappearing and reappearing “Magic Island”. While the spacecraft cruised at 13,000 mph nearly 600 miles above Titan’s surface, its radar altimeter measured the liquid depth at Kraken Mare and Moray Sinus. 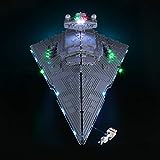 The depth and composition of each of Titan’s seas had already been measured, except for Titan’s largest sea, Kraken Mare – which not only has a great name, but also contains about 80% of the moon’s surface liquids,” said lead author Valerio Poggiali, research associate in Cornell Center for Astrophysics and Planetary Science (CCAPS), in the College of Arts and Sciences.

There are Racing Simulators, and Then the Moto Trainer, a MotoGP Superbike Simulator