This sealed first-run copy of Super Mario Bros. for the Nintendo Entertainment System sold for a whopping $100,150 in a private transaction earlier this month, making it the the first six-figure transaction for a single collectible game. For comparison, a sealed copy of this same game sold for over $30,000 in 2017, which was a record at the time. What makes this one more valuable? Instead of being shrink-wrapped in plastic, the first-run. boxes produced in America were only sealed on the top flap, and instead feature a black foil circular sticker with the Nintendo logo on it, sold during a brief period of time before the NES’ national rollout in 1985-1986. Back then, an NES set only came packaged with Duck Hunt and Gyromite, but not Super Mario Bros. Read more for a video, another picture and additional information.

“Wata [Games] certified the game’s authenticity. While there are many other sealed copies of Super Mario Bros. out there, Khan said that this copy of the game is the only known copy of Super Mario Bros. that still has an intact sticker seal from the NES’ brief launch window. The game is jointly owned by three buyers: Jim Halperin, the founder and co-chairman of the collectibles auction company Heritage Auctions, coin dealer and game collector Rich Lecce, and video game store owner Zac Gieg,” reports Kotaku. 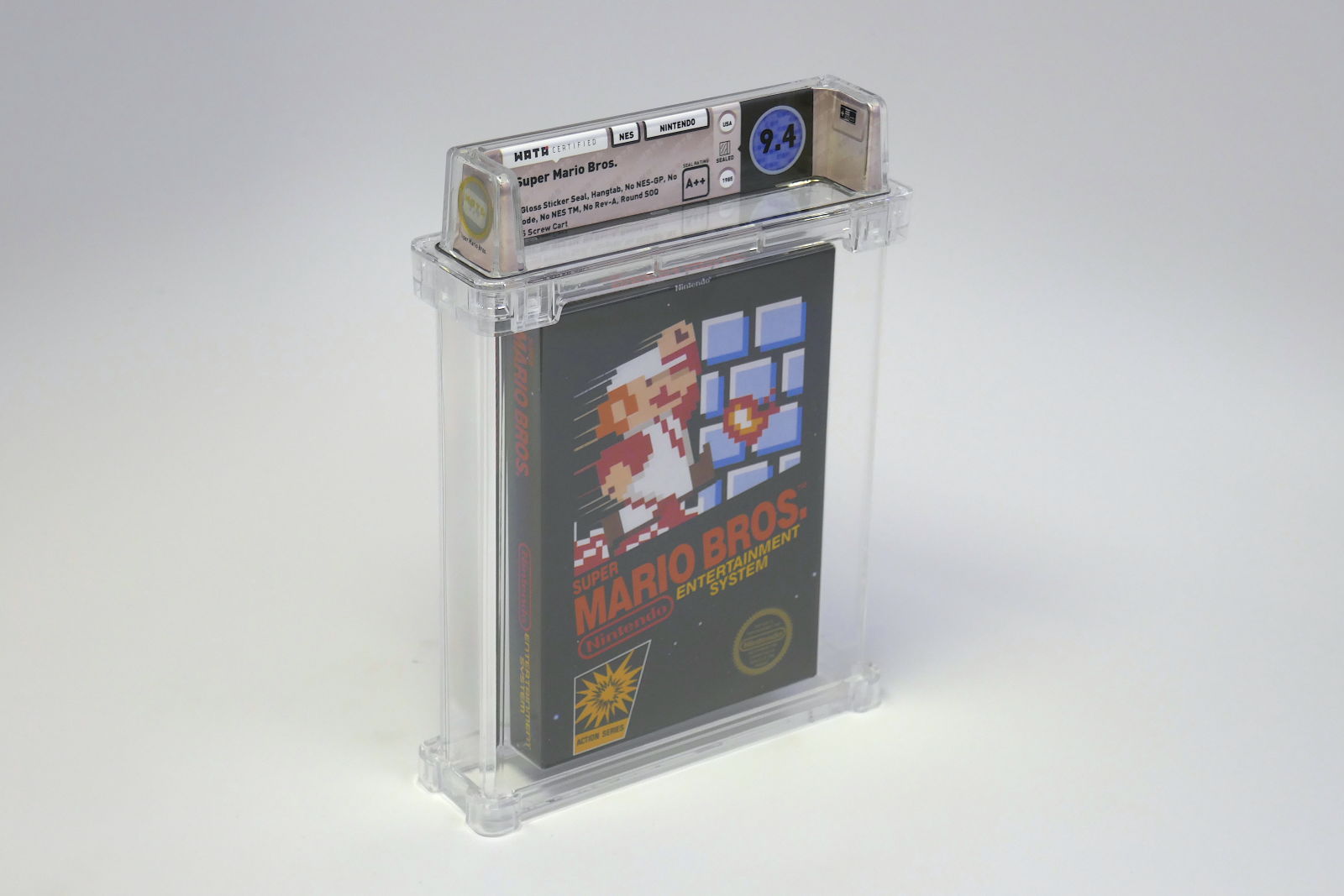 Airbus Ends Production of A380 Superjumbo, Will Deliver Last Planes in 2021