The Sega VR is basically a head-tracking virtual reality headset that was under development by the game company in 1993. There were versions were planned for both arcades and consoles (Genesis + Saturn), but only the arcade version was released, while the home console versions were cancelled. The Sega VR was based on an IDEO virtual reality headset (HMD) with LCD screens in the visor and stereo headphones. Inertial sensors in the headset allowed the system to track and react to the movements of the user’s head. Because of development difficulties, the console Sega VR headset remained only a prototype, and was never released to the general public. Then CEO Tom Kalinske stated that the system was not released due to it inducing motion sickness and severe headaches in users. Continue reading for more. Click here to view some bonus retro gaming ads. 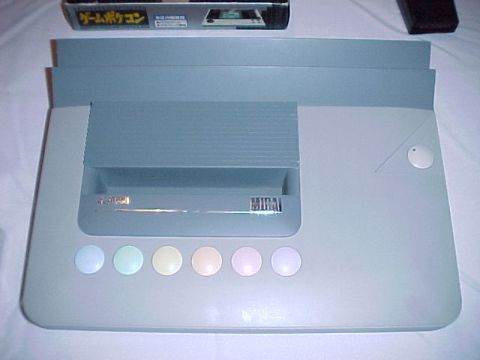 Atari allegedly partnered with SNK to create a more affordable home Neo-Geo console, and the Mirai was the result. Unfortunately, things didn’t quite work out, and SNK went on to release their own home consoles, but at least one prototype console still exists to the day. Now the one thing we don’t know is if the box above was actually functional. 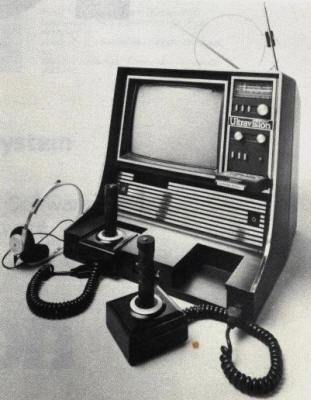 The Ultravision Video Arcade System (VAS) was an unreleased gaming console announced in 1983. The system was composed of a standard 10″ color television integrated with the game console, and controlled by two 16-direction joysticks with top-mounted buttons. It could run off either AC or DC power, making it portable by allowing it to run off a car battery. In addition to supporting its own line of game cartridges, the console was intended to have plugin modules that would have supported the ColecoVision and Atari 2600 game libraries. 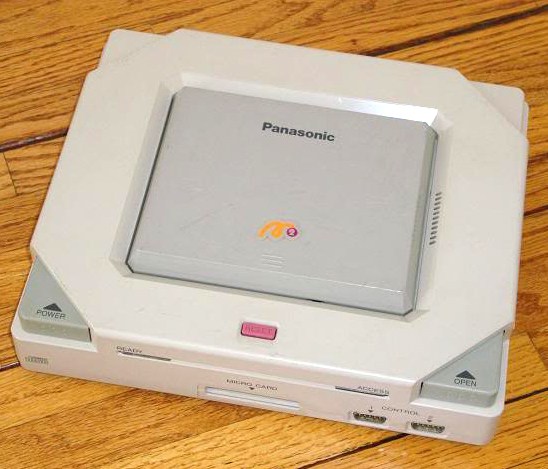 The Panasonic M2 was a video game console design developed by 3DO and then sold to Matsushita. Initially announced as an add-on chip for the 3DO Interactive Multiplayer with a custom PowerPC microprocessor, it eventually became a standalone console and was exhibited and demonstrated at the 1996 Electronic Entertainment Expo. Before it could be released, however, Matsushita cancelled the project in mid-1997, unwilling to compete against fellow Japanese electronics giant Sony’s PlayStation and Nintendo’s N64, both of which had recently had several top-selling games released for them. 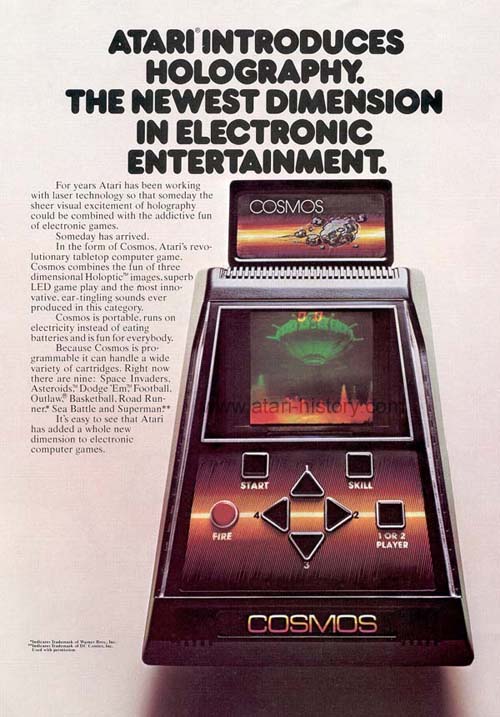 The Atari Cosmos was an unreleased product by Atari Inc. for the handheld/tabletop electronic game system market that uses holography to improve the display. It is similar to other small electronic games of the era that used a simple LED-based display, but superimposes a two-layer holographic image over the LEDs for effect. Two small lights lite up one or both of the holographic images depending on the game state. The system was never released, and is now a coveted collector’s item. 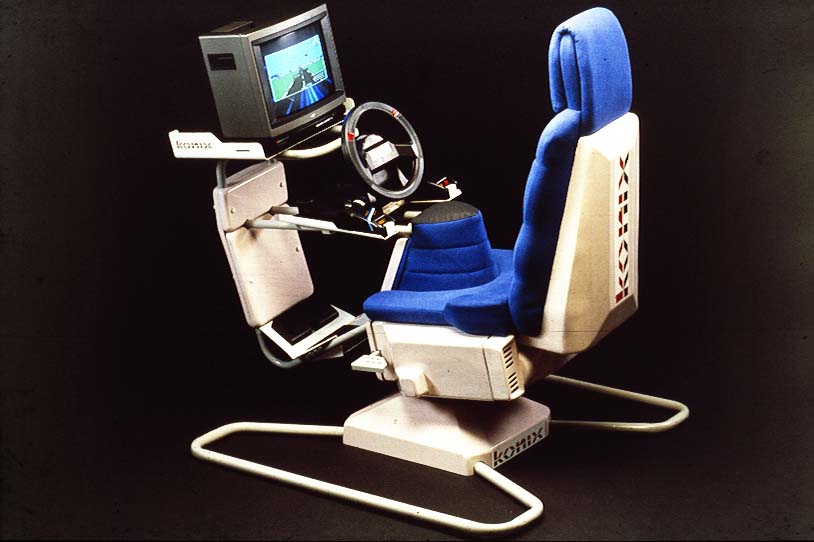 The Konix Multisystem began life in 1988 as an advanced Konix peripheral design intended to build on the success of the company’s range of joysticks. The design, codenamed Slipstream, resembled a dashboard-style games controller, and could be configured with a steering wheel, a flight yoke, and motorbike handles. It promised advanced features such as force feedback, hitherto unheard of in home gaming. Flare were specifically aiming their machine at the gaming market, eschewing such features as 80 column text display (considered the requisite for business applications such as word processing) in favour of faster graphics handling. This meant that in spite of its modest 8-bit CPU the system compared well against the 16-bit machines in the market at the time. It could move sprites and block graphics faster than an Atari ST, and in 256 colors under conditions when the ST would only show 16 colors. It could also draw lines 3 times faster than an Amiga and even handle the maths of 3D models faster than the 32-bit Acorn Archimedes.In spite of these specifications and bearing in mind their target gaming market, Flare aimed to retail their machine for around £200, half of what the Amiga and ST were selling for. Ultimately, Flare’s resources to put it into mass production were limited.