Photo credit: Lets Go Digital
Ginza Sony Park is currently being used to test a Ghostbusters-themed multiplayer experience using a prototype AR headset that the company is working on. This device will feature 6DOF head-tracking as well as hand-tracking, and appear be completely wireless, similar tot he Microsoft HoloLens system. No technical details have been released, but it does include a wrist-mounted haptic device of sorts. Read more for a video and additional information.

The AR experience is called Ghostbusters Rookie Training and can only be tested at Ginza Sony Park in Tokyo. For those who just happen to be in the area, the entire experience last about an hour. It runs now, commemorating the 35th anniversary of the Ghostbusters, through December 8th, despite the typhoon that just rolled through the area. 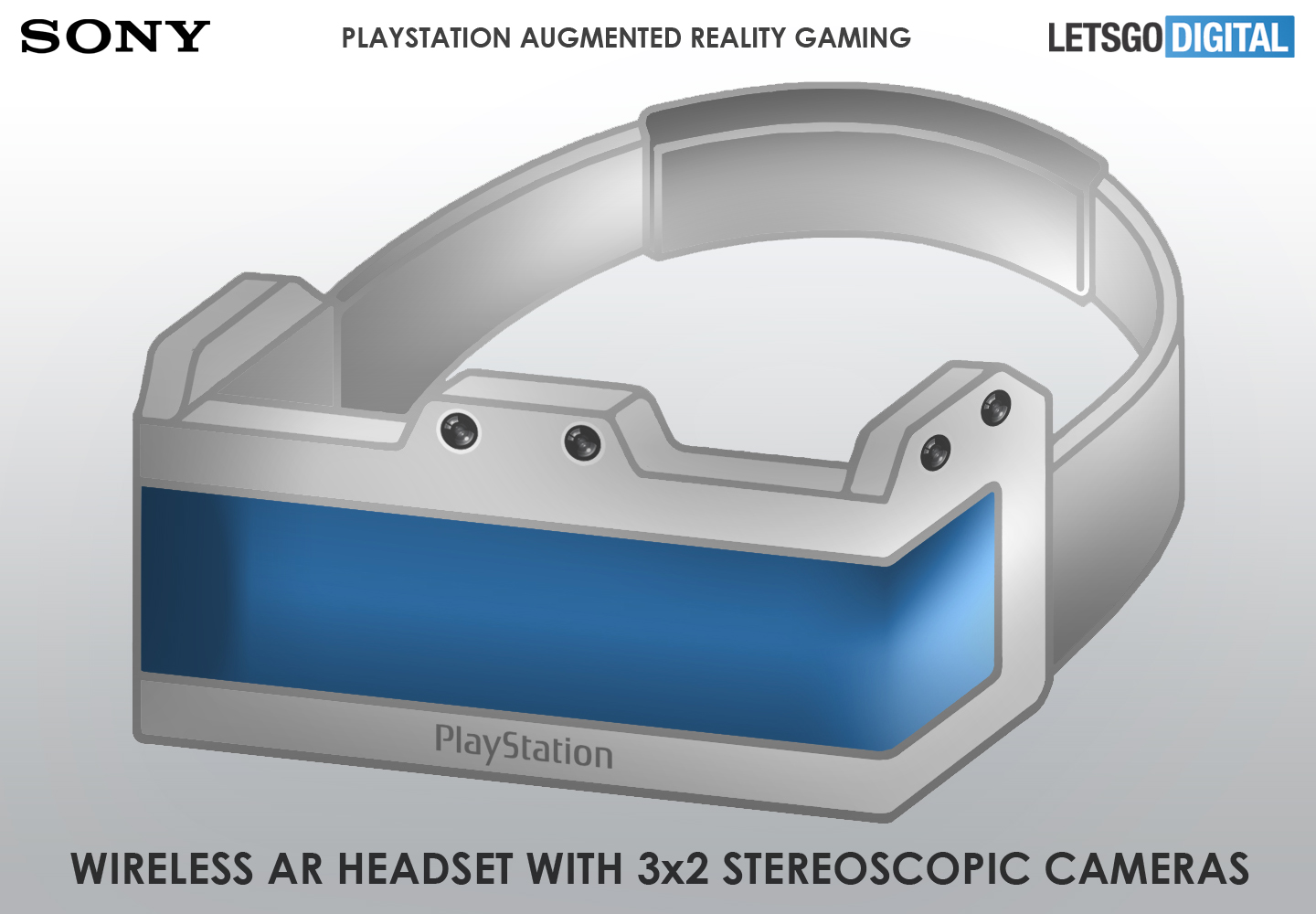 Sony’s patent, titled ‘Image processing device’, was published on 11 July 2019, and details a headset that is equipped with 3 stereoscopic cameras, or 3 × 2 cameras. The HMD (head mounted display) sports 2 cameras (6 total) on the front and on both sides, and appears to take photos of the user’s environment. With these 3D photos, the distance can then be calculated between different objects that are located in the room where the user is in to visualize the space in real time.