Photo credit: Lets Go Digital
Sony Interactive Entertainment filed a utility patent with the USPTO (United States Patent and Trademark Office) with the title ‘Data processing’ that was recently published on October 3rd. The patent sketches depict a virtual reality headset with a built-in camera and motion detection, which will most likely be the PS VR2. Both this VR headset and the PlayStation 5 are expected to launch during this time next year. Read more for the patent sketch and additional information. 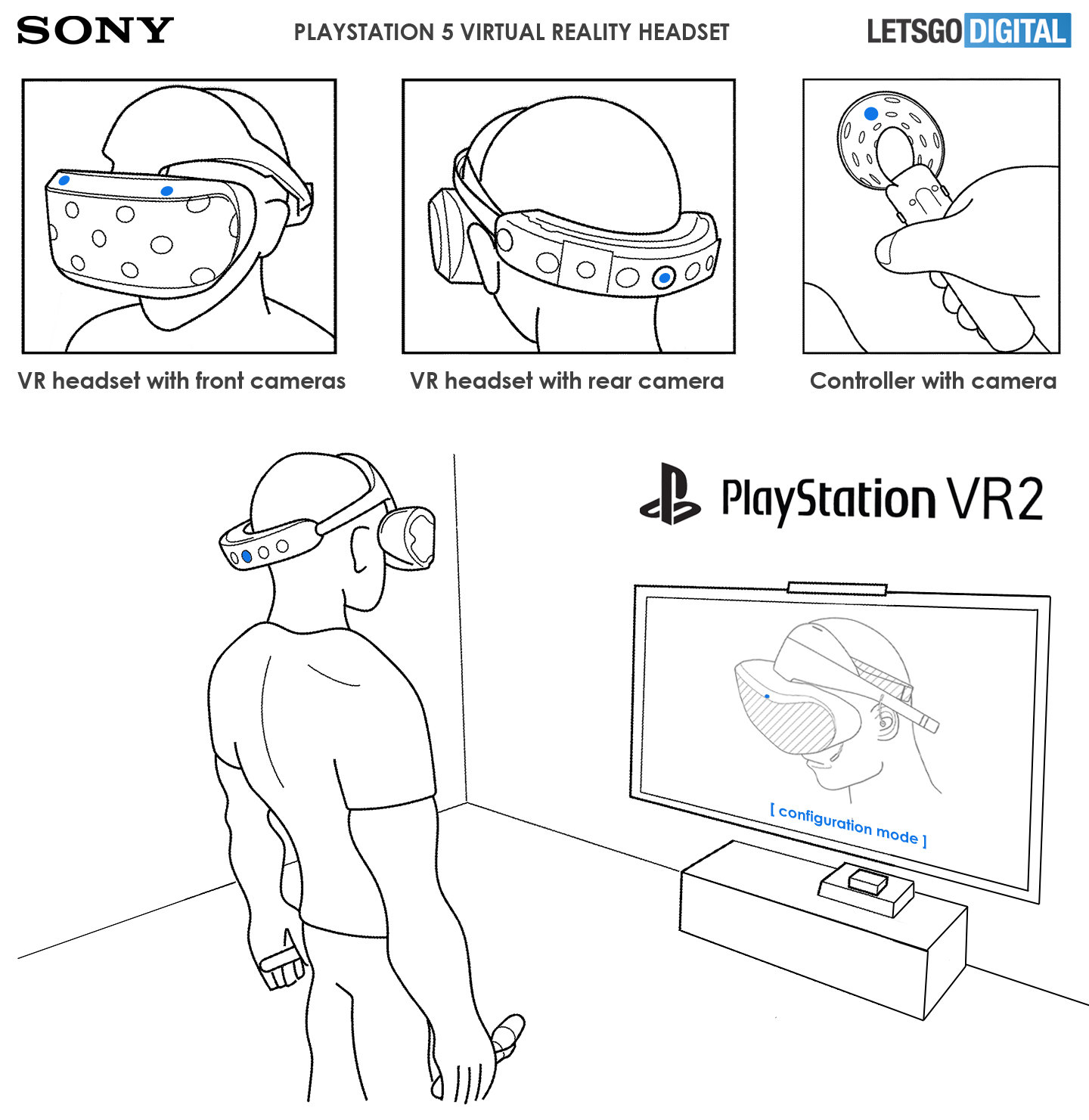 The first-generation PS VR headset comes with a PlayStation Camera, which boasts 9 LED lights on the front, side and back to accurately track your. Sony’s PS VR2 headset sports two cameras up front as well as a rear camera, while multiple LEDs are located around the headset, complete with a built-in microphone. A dedicated camera records footage that can be analyzed for absolute tracking of function points, mainly to detect the movement of the HMD (head mounted display).