Photo credit: Upasna Gautam
The SpaceX Falcon 9 launch this morning carried a new batch of Starlink satellites into orbit, but also caused a giant space jellyfish to appear over Florida. Some may have seen something similar in the skies in California or Texas, and that’s because when a rocket reaches high altitudes, the sun’s rays illuminate the plume of gases in its trail during the early morning or dusk hours.

This ‘space jellyfish’ varied in size and appearance depending on where you were standing. The closer you were to the launch, the more luminous the cloud, while others just saw a silver streak across the sky. It’s only a matter of time until we see NASA launching their Europa Clipper Mission on a Falcon Heavy rocket, which may be sooner than you think. 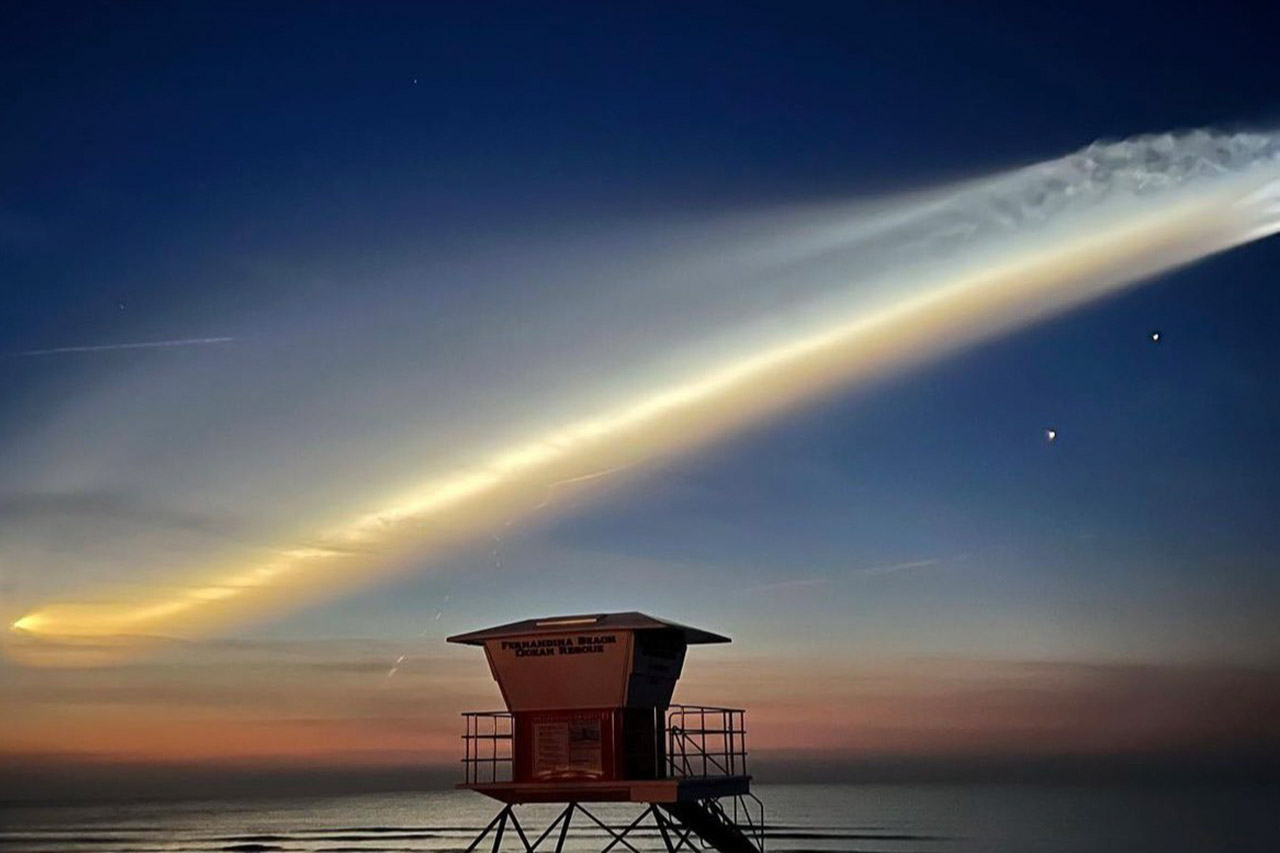 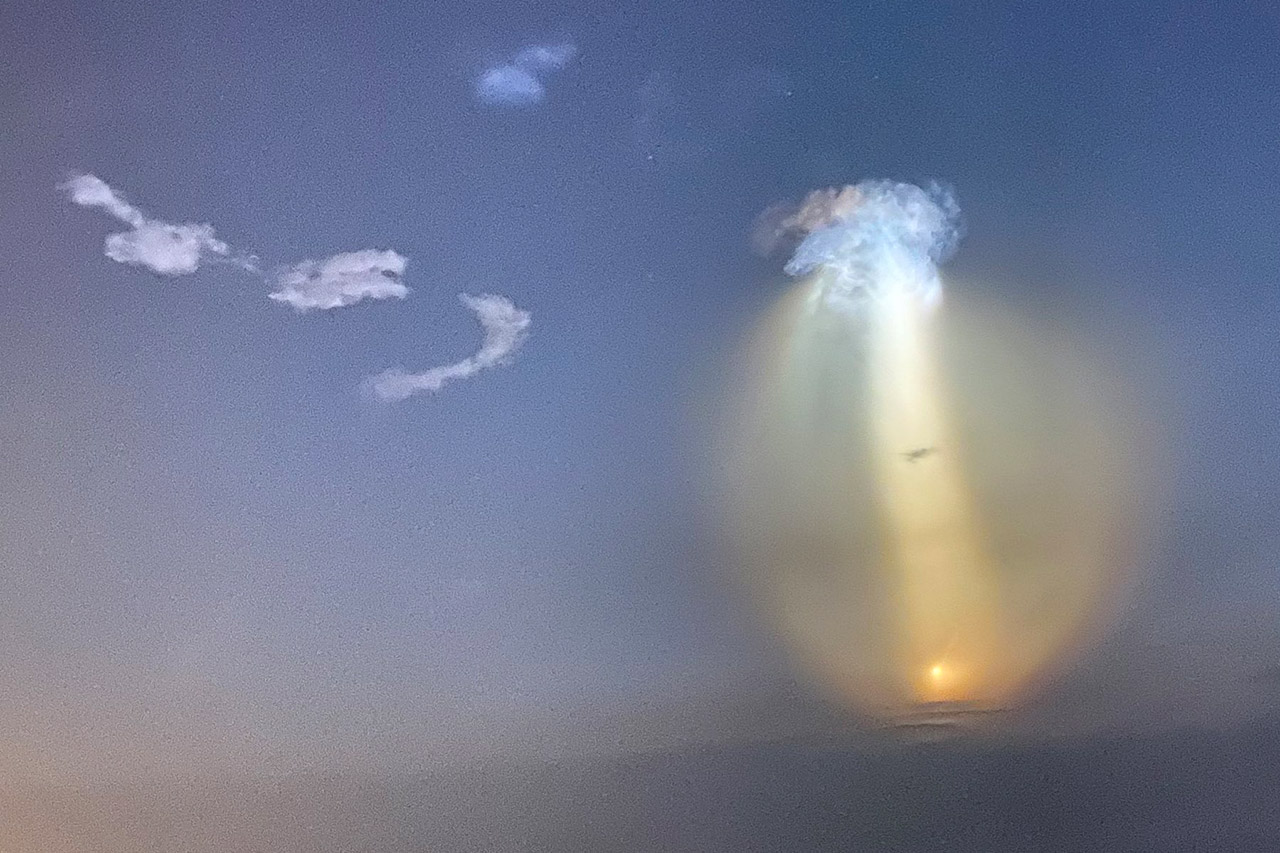 The most incredible launch I’ve ever seen – the Falcon 9 launch with the rare ‘space jellyfish effect.’ Not many launches produce the effect – several factors must line up *perfectly* for it to occur,” said Upasna Gautam.