Unlike other launch systems, the SpinLaunch propels spacecraft into orbit by using a large, vacuum-sealed centrifuge and a hypersonic tether to essentially spin them at up to 5,000 miles per hour to escape the atmosphere. At 165-feet-tall, the one-third scale SpinLaunch suborbital accelerator recently completed its first successful test at Spaceport America, accelerating a 10-foot projectile to high speed and then releasing it in less than a millisecond. Read more for a video and additional information.

The company’s first suborbital flight only harnessed approximately 20% of the accelerator’s full power capacity for the launch, and reached a test altitude in the tens of thousands of feet. SpinLaunch also plans to add a rocket engine and other internal systems in later suborbital test flights to collect data, despite this first vehicle not having them. 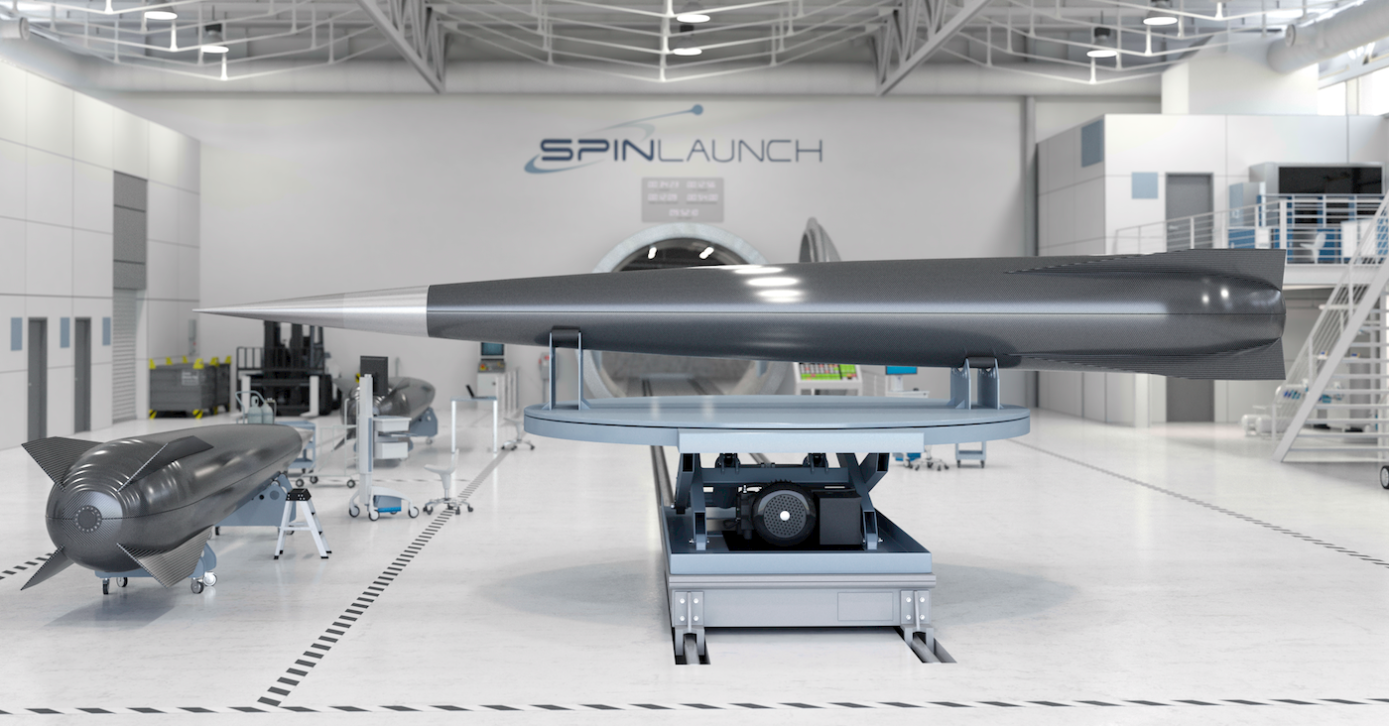 Our team at SpinLaunch greatly appreciates the continued support of this formidable syndicate of investors, who share our vision of enabling low-cost and frequent launch of imaging and communications constellations that will protect our planet and humanity. It’s a radically different way to accelerate projectiles and launch vehicles to hypersonic speeds using a ground-based system,” said Jonathan Yaney, Founder and CEO of SpinLaunch, Inc.