On PBS’s Spy in the Wild 2 – Episode Two: The North, a spy camera disguised as a macaque join a group of primates in the Jigokudani Monkey Park. These monkeys begin most days with a relaxing dip in Joshinetsu Kogen National Park in Japan’s Nagano prefecture.This primate-only onsen is world-famous as the preferred simian hot spring. Read more for a video and additional information.

How did they end up here? These macaques were initially forced from their habitat in the 1950s by the development of nearby ski resorts, terrorizing nearby towns. The manager of a nearby traditional Japanese inn started feeding the animals in 1957, and then enlisted the Primate Research Institute of Kyoto University as well as local nature enthusiast, Sogo Hara, to study them. Hara and his group visited the Japanese inn, which included outdoor onsen for guests’ enjoyment. One day in 1961, an apple accidentally fell into the human’s hot spring and a young monkey tested the waters without immediately exiting, and the rest is history. 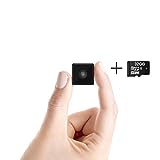