The 2020 Toyota GR Supra was co-developed alongside the BMW Z4, as they share platforms, engine, multiple parts of the suspension and some interior trim components. However, many races have proved that the Supra is faster than the Z4, or at least in a straight line. What if you took a modified GR Supra and pit it against a stock BMW M4? Car Wow set to find out in their latest drag racing showdown. Read more for the video and additional information.

The Euro-spec Supra is rated at 340 hp and 369 lb-ft of torque, all in a 3,461-pound package. BMW’s M4 comes straight from the factory with a twin-turbocharged 3L engine producing 431 hp and 406 lb-ft of torque, mated to a 7-speed DCT gearbox, but weighs 65-pounds more. Fortunately, the Supra has received an ECU flash, an upgraded exhaust, and new downpipes that boosts output to 440 hp and 500 lb-ft of torque. 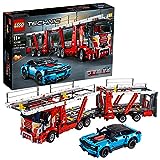