Stanford University engineers Mark Cutkosky and David Lentink have created a bird-like robot that can mimic how the animals fly and perch when attached to a quadcopter drone. It’s called SNAG (Stereotyped Nature-inspired Aerial Grasper), and this robot can fly around, catch or carry objects as well as perch on various surfaces. Regardless of the surface texture, it was able to let the feet handle the variability and complexity. Read more for a video and additional information.

SNAG’s robotic chassis is based on the legs of a peregrine falcon, but instead of bones, it has a 3D-printed structure, which by the way, required 20 iterations to perfect, and motors as well as a fishing line stand-in for muscles / tendons. Each one of its legs has a motor for moving back and forth, while a second one takes care of handle grasping. A special mechanism in the robot’s leg absorbs landing impact energy and passively converts it into grasping force, resulting in a high-speed clutch that can be triggered to close in 20 milliseconds. 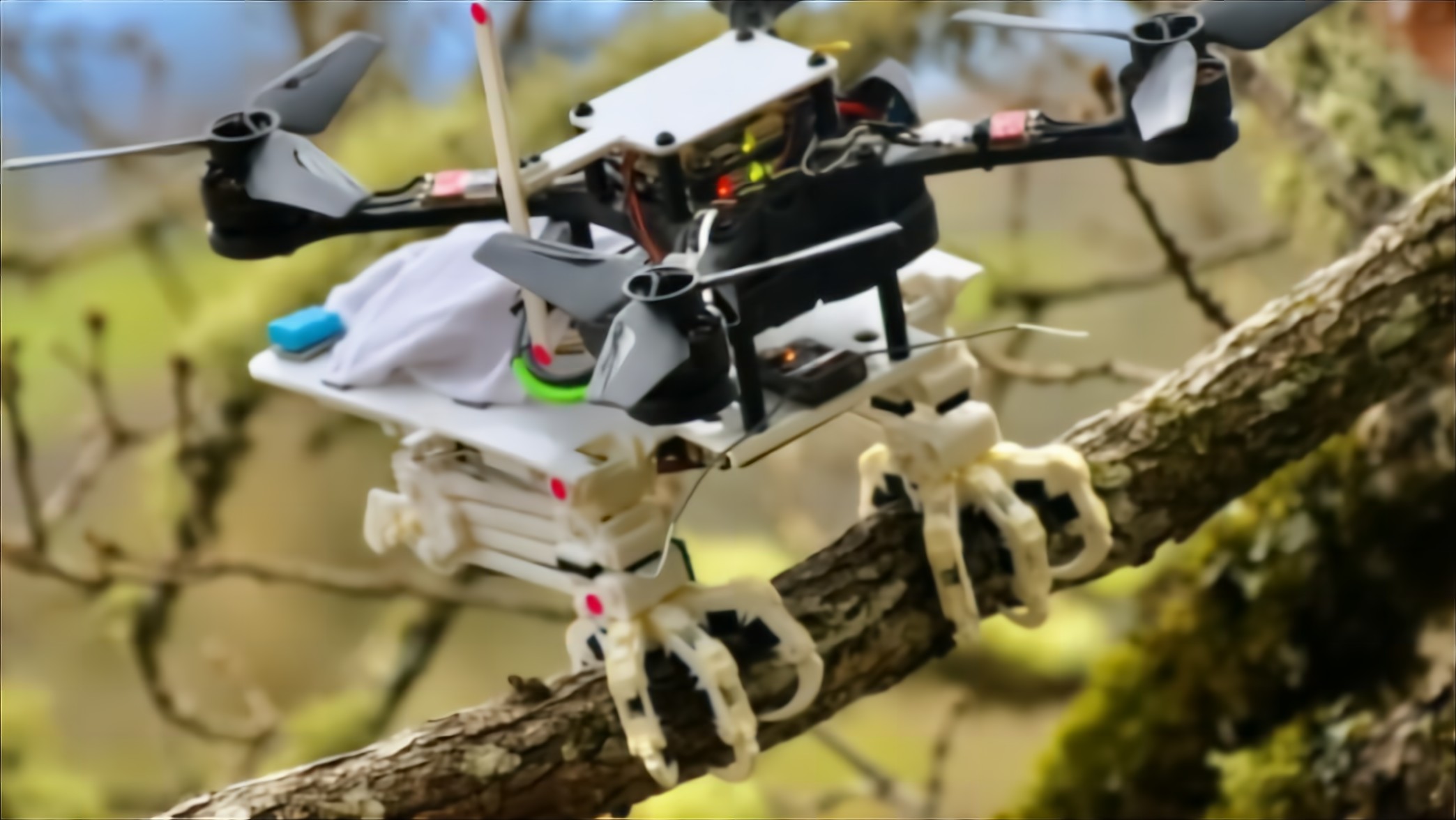 It’s not easy to mimic how birds fly and perch. After millions of years of evolution, they make takeoff and landing look so easy, even among all of the complexity and variability of the tree branches you would find in a forest,” said William Roderick, PhD ’20, who was a graduate student in both labs.