The Star Wars x Adidas Originals sneaker lineup has been expanded with the Rivalry Hi “Chewbacca”. These sport an over the top design, complete with leather, suede, and faux fur fabric that appears to be straight from a Wookiee. To give it a more authentic look, the “Raw Desert,” “Mesa,” and “Chalk White” colors were used. Yes, there appears to be a bandoleer strap that resembles the one Chewbacca wore in the movies. Read more for a video, additional pictures and information.

We don’t know if the bandoleer contains any ammo, grenades or small tools, but it does add a nice tough to the sneaker. You’ll find Chewbacca’s profile and name on the tongue, while his body is on the insole. There’s just one caveat: they’ll only be available on the official Adidas website on October 21st for $155 USD. Apparently, some third party sellers on StockX are already asking $600+ for a pre-order. 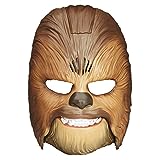 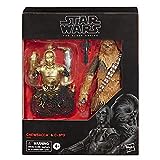 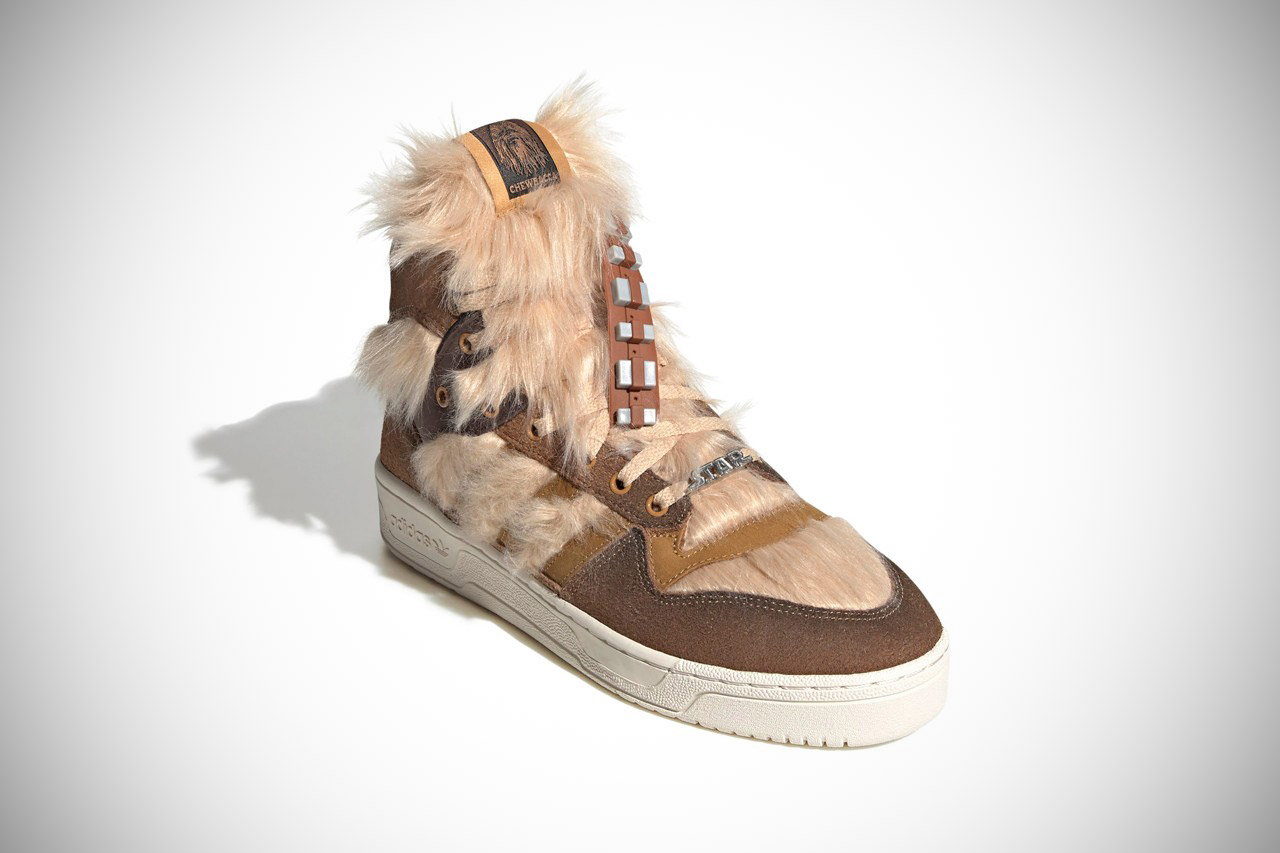 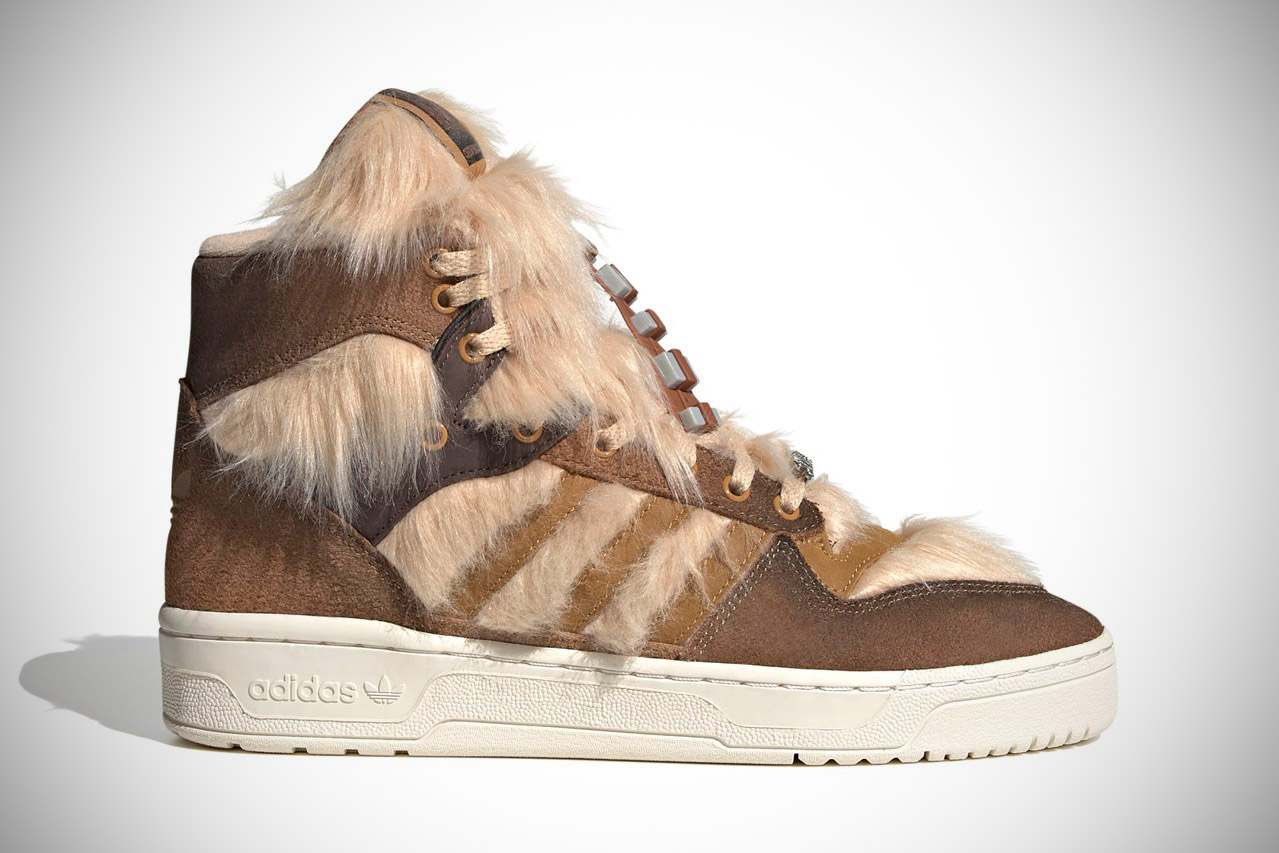 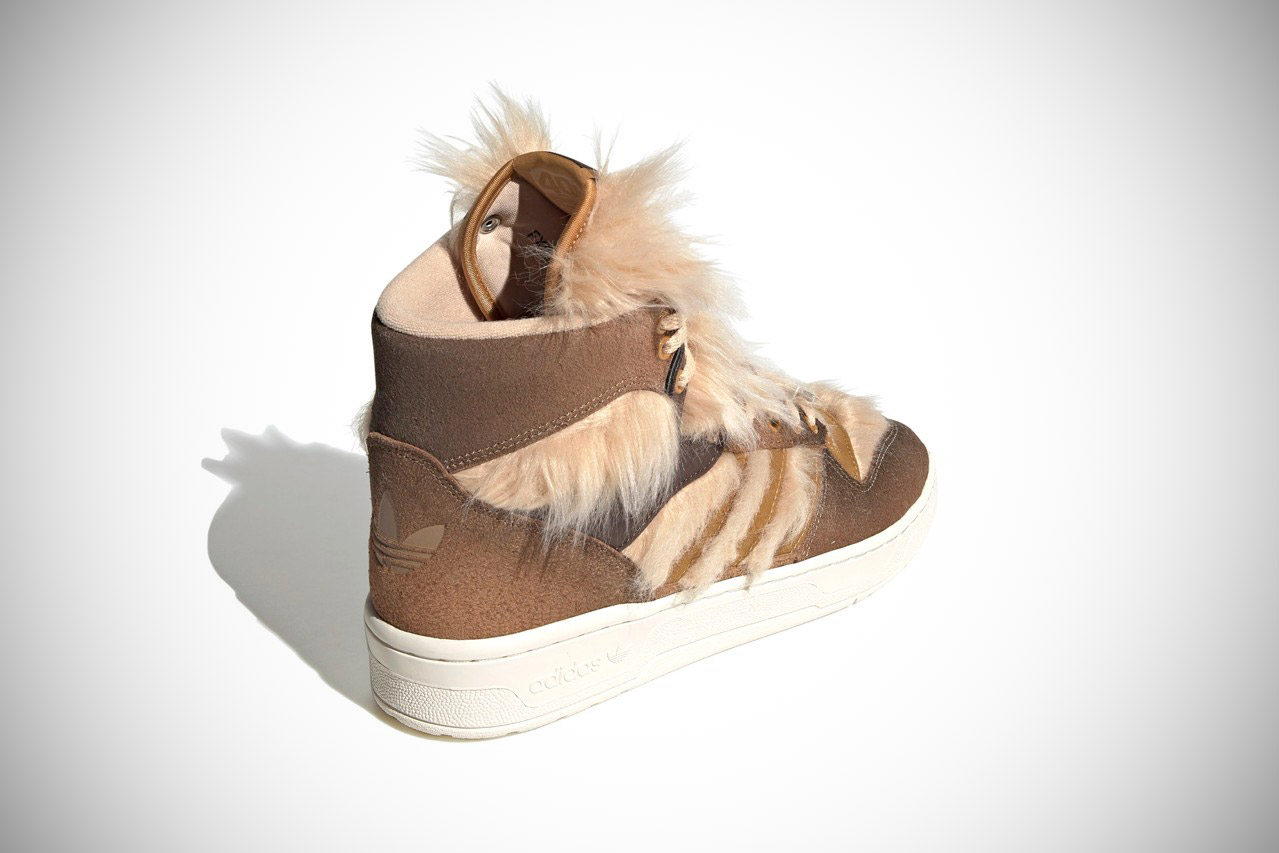 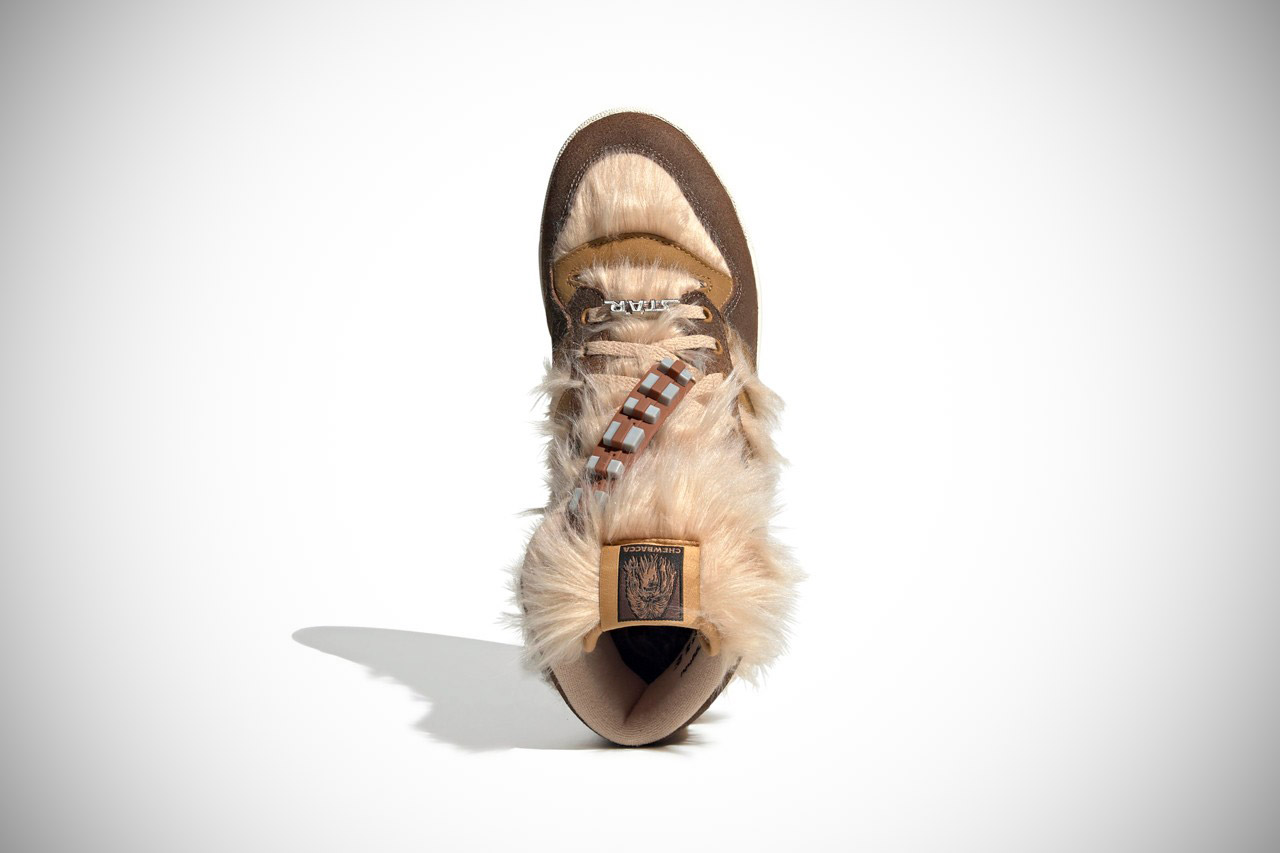 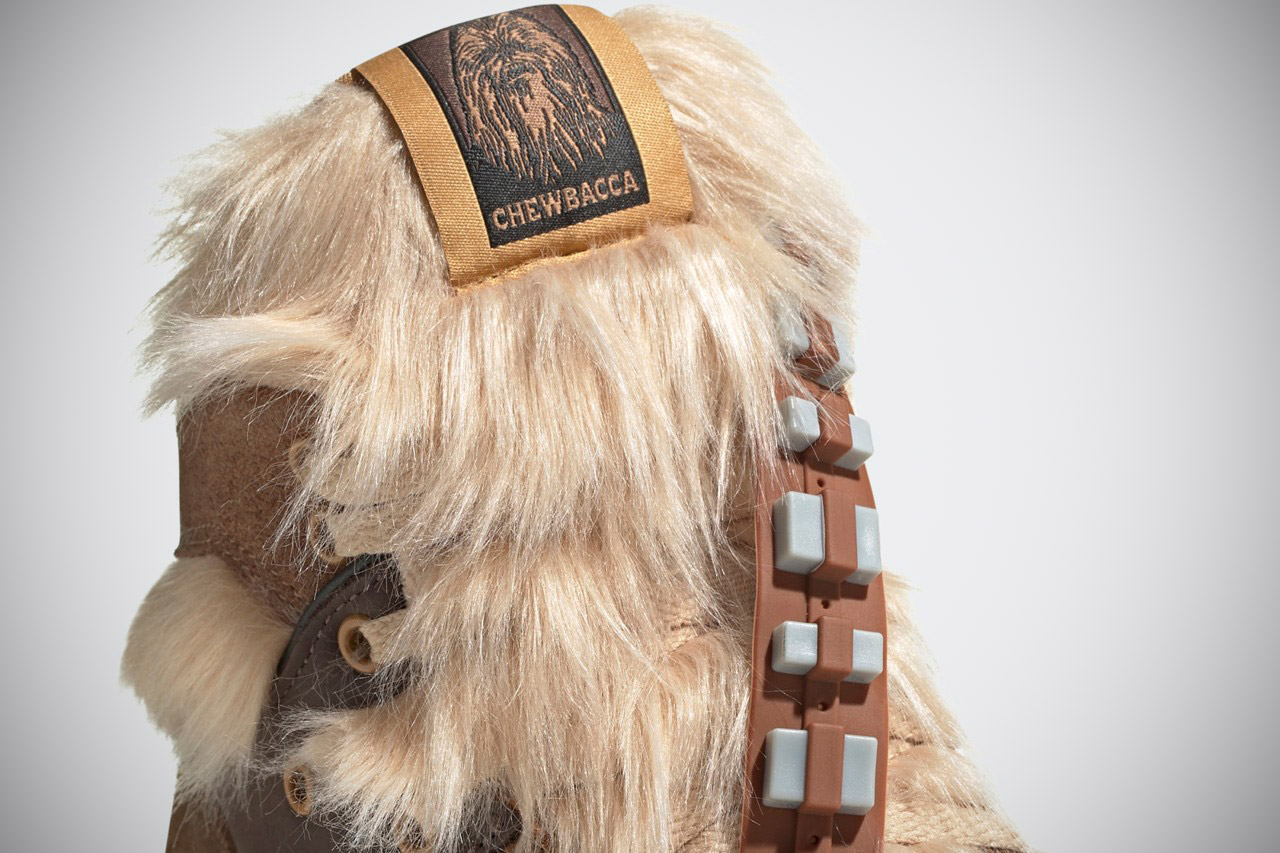