Photo credit: ISTANBUL HAVACILIK KULUBU 1995 UYE GRUBU
Even before Narita Airport opened its doors, Takao Shito’s family has been growing vegetables on the same plot of land for over 100 years. This farm was a small part of a village where 30 families lived, all surrounded by open fields. However, today it’s situated right in the middle of Japan’s second largest airport. He refused an offer of over $1.7 million for his land, and continues to live there. Read more for a video and additional information.

As of the time of this story, Shito is still tending to his organic farm and selling fresh produce to around 400 local customers. The airport’s second runway was supposed to pass through his farm, but now circles it instead. 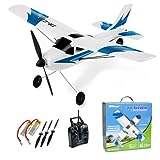 These are pieces of land farmed by three generations for nearly a century, by my grandfather, my father and myself. I want to continue living here and farm. They offered 180 million yen ($1,687,320). That’s 150 years’ worth of a farmer’s wages. I’m not interested in money, I want to continue farming. I never considered leaving,” said Shito.

Bestune E01 Electric SUV Comes with Its Own Holographic Assistant

First Look at Nubia Watch, a Smartwatch with a Massive Flexible AMOLED Display