Tesla officially revealed a new feature, called “Dog Mode”, that aims to keep pet owners comfortable while they’re left unattended in the vehicle. How does it work? Simply put, it keeps climate control on while the car is parked and also includes a display screen with the temperature so passerby by can see that the pets are safe. To enable this mode, owners simply tap on a fan icon at the bottom of the touch screen, and if the car’s battery reaches less than 20 percent charge, owners will receive a notification on their mobile app. Read more for a video of the new feature and additional information.

“Tesla also unveiled ‘Sentry Mode’ to monitor the car’s surroundings while it’s locked and parked. It said in a blog post the feature uses the vehicle’s external cameras to detect surrounding threats and sends alerts to an owner’s Tesla mobile app if an incident occurs,” reports CBNC. 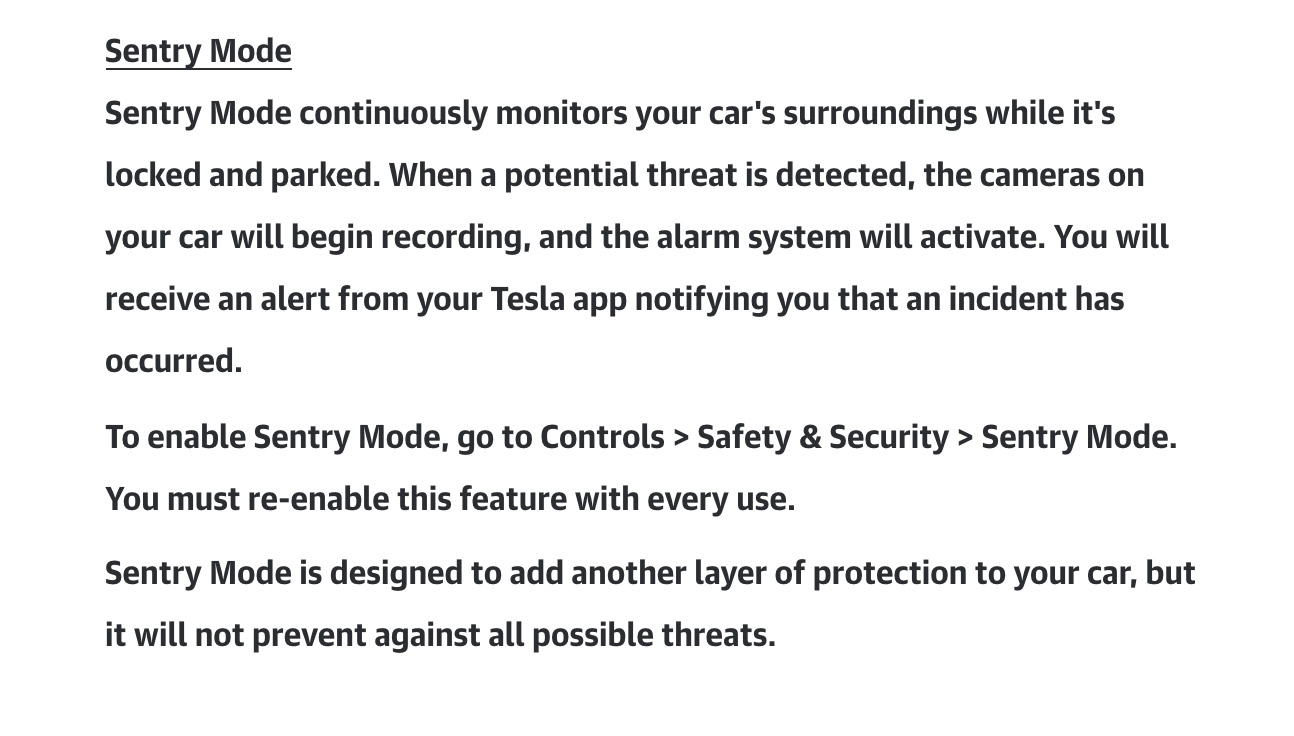