Epic Games has just released a teaser of The Matrix Awakens, set to hit the PlayStation 5 and Xbox Series S / X, that shows just what Unreal Engine 5 is capable of. When this experience is released on December 9th, you’ll be able to experience a wild ride into the reality-bending universe of The Matrix that features performances by Keanu Reeves and Carrie-Anne Moss, with a glimpse into the future of interactive storytelling that pushes the boundary of cinema as well as a real-time tech demo. Read more for the teaser and a bonus.

You can pre-load the app now, and it will take up around 25GB on your console’s hard drive. No other details have been revealed, but it’s only a few more days until The Game Awards (Dec. 9), when it’s set to be released. The Matrix Resurrections movie however, is set to hit theaters worldwide on December 22, and a new trailer made its debut today (below). 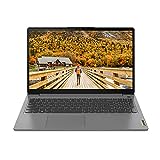 Want to see what’s possible when you combine the power of Unreal Engine 5 with PlayStation 5? Step into the world of one of the most iconic action franchises ever made. Pre-download ‘The Matrix Awakens: An Unreal Engine 5 Experience’ now,” said Epic Games.

When You Combine a Tank with an ATV, You Get the Amphibious Polaris Rampage Military Vehicle