What happens when you combine a tank with an ATV? You get the Polaris Rampage, a tracked military vehicle that comes equipped with a fully enclosed heated cabing that can allow for laptops and other electronics to be used safely within. It boasts a high towing capacity, on-board storage, and can travel up to 50 mph (80 km/hr) over just about any terrain, snow included. Read more for a video and additional information.

It’s currently deployed at the North Pole in support of Canadian Operation Nunalivut and allows the Canadian Armed Forces (CAF) to provide meaningful support to scientific research in the Arctic region. Unfortunately, the the Polaris Rampage remains a prototype that could one day become the a practical off-road vehicle for the next generation thrill seekers. 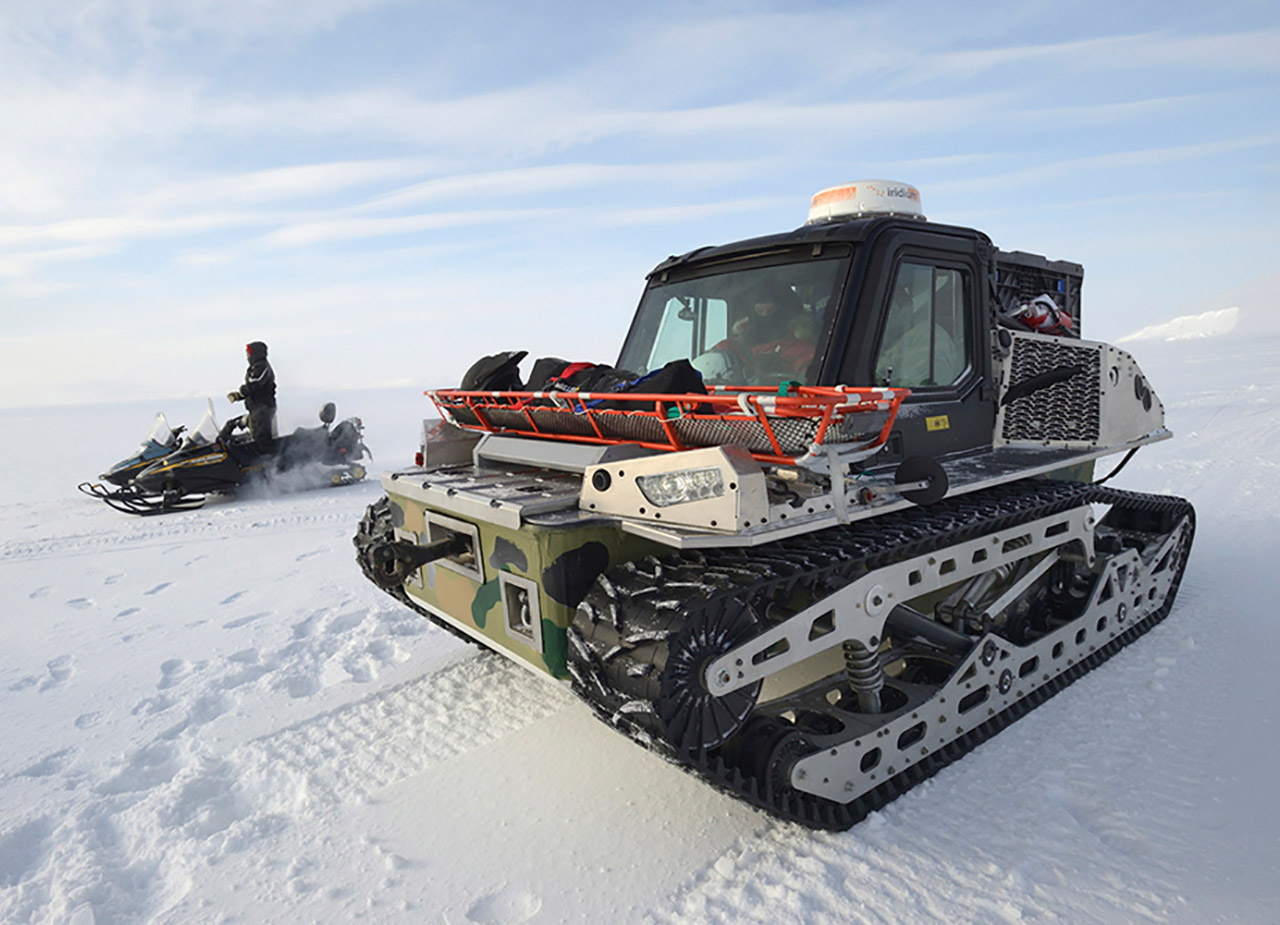 Our biggest benefit in being part of Op NUNALIVUT is being able to take advantage of the unique environment in the Arctic and getting that direct feedback from the soldiers. We couldn’t have done this anywhere else in the world,” said Jared Giesbrecht, Defense Scientist, the trial lead from Defence Research and Development Canada.