You’re not looking at pictures of an alien world from a science fiction movie, but rather real “Earth Pyramids” captured by photographer Kilian Schonberger in South Tyrol, a province in Northern Italy. These otherworldly structures are created by erosion, in which they rise from clay soil left behind from glaciers during the most recent Ice Age. Continue reading for more pictures and information. 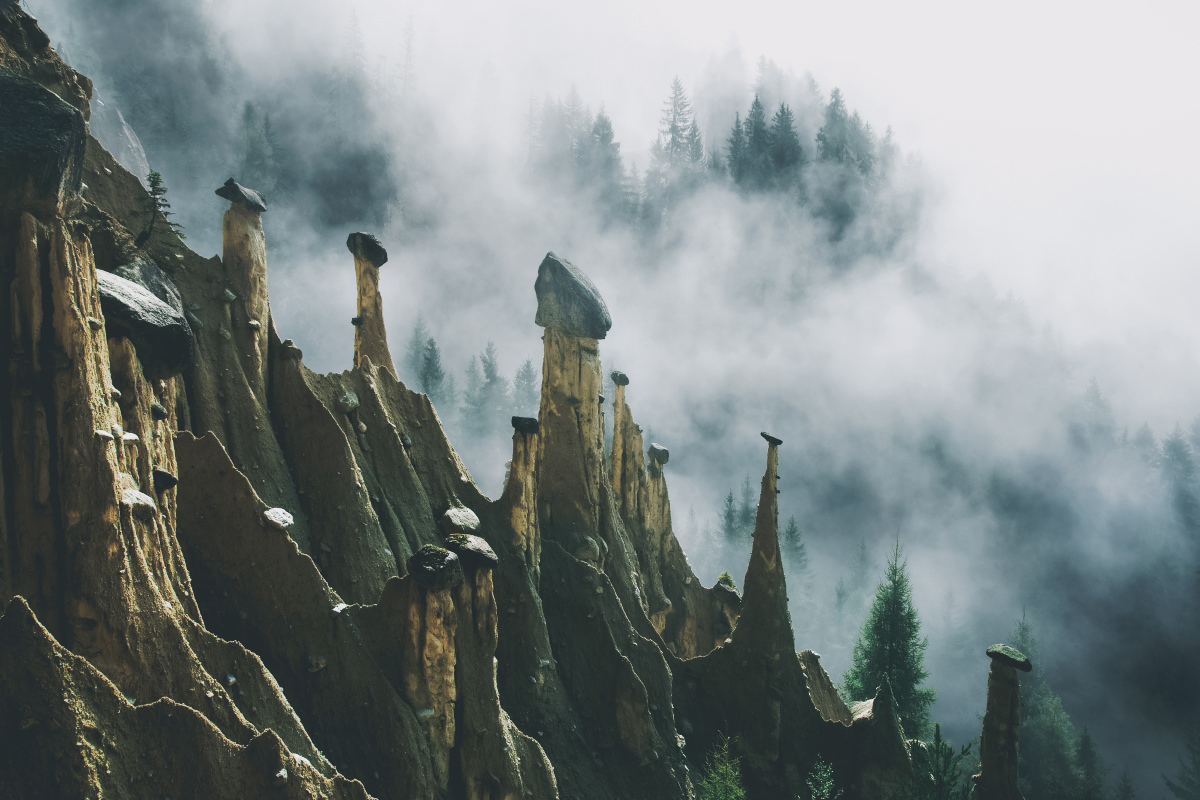 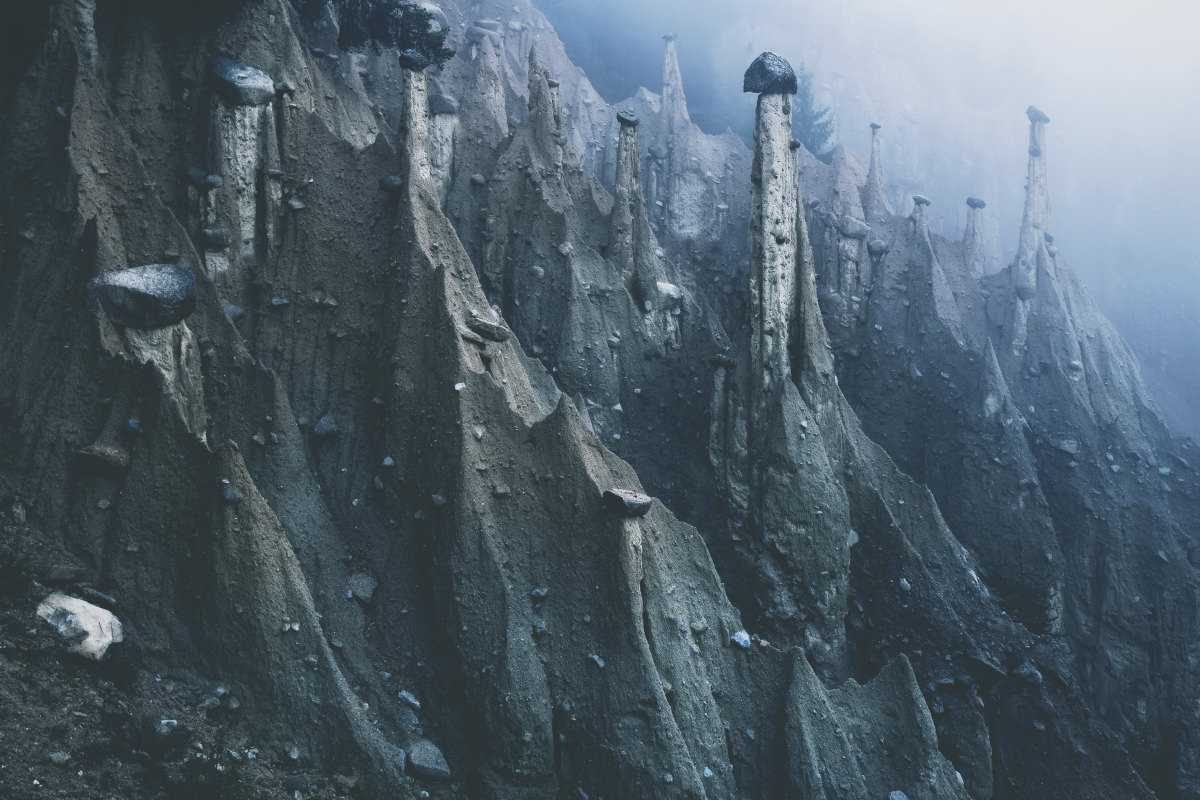 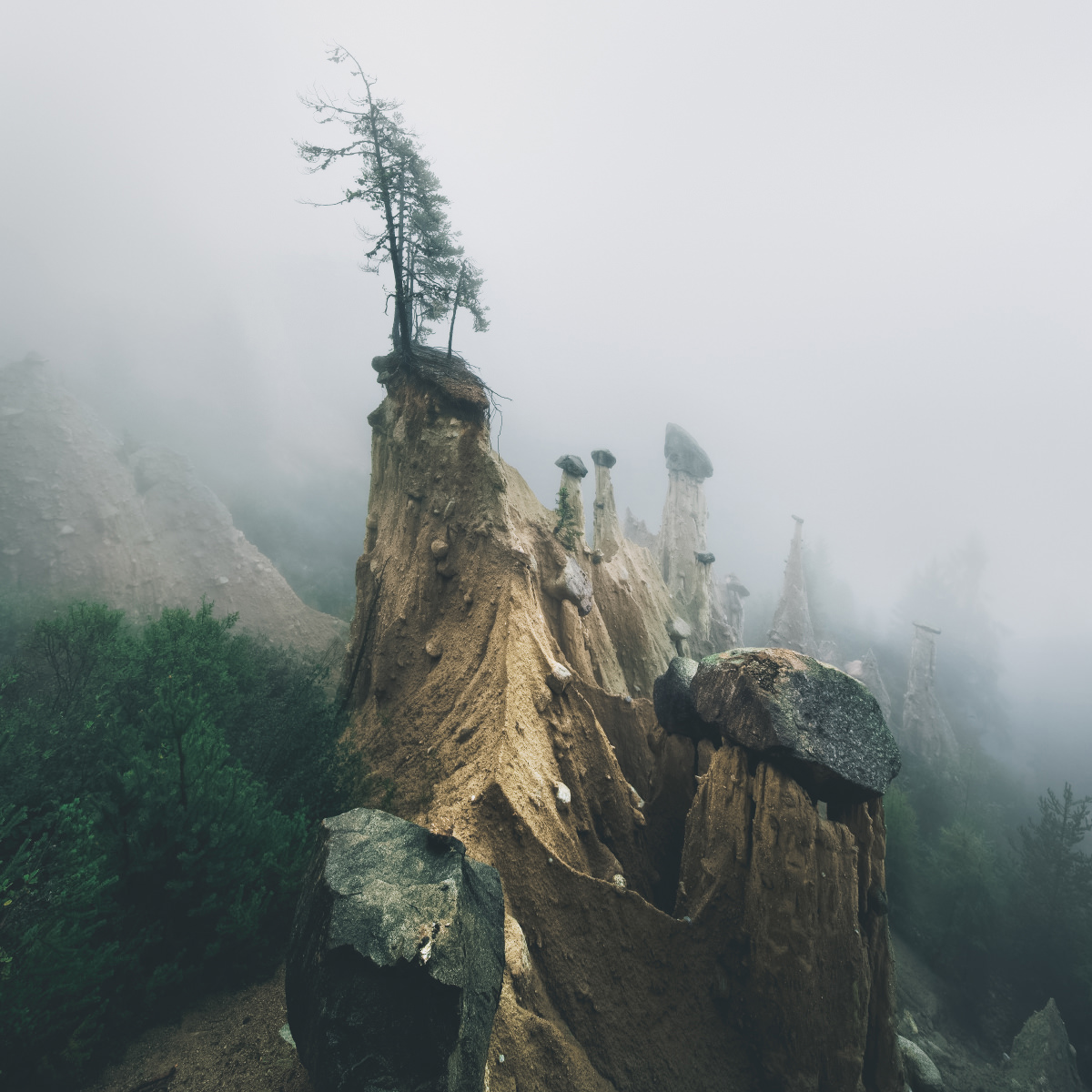 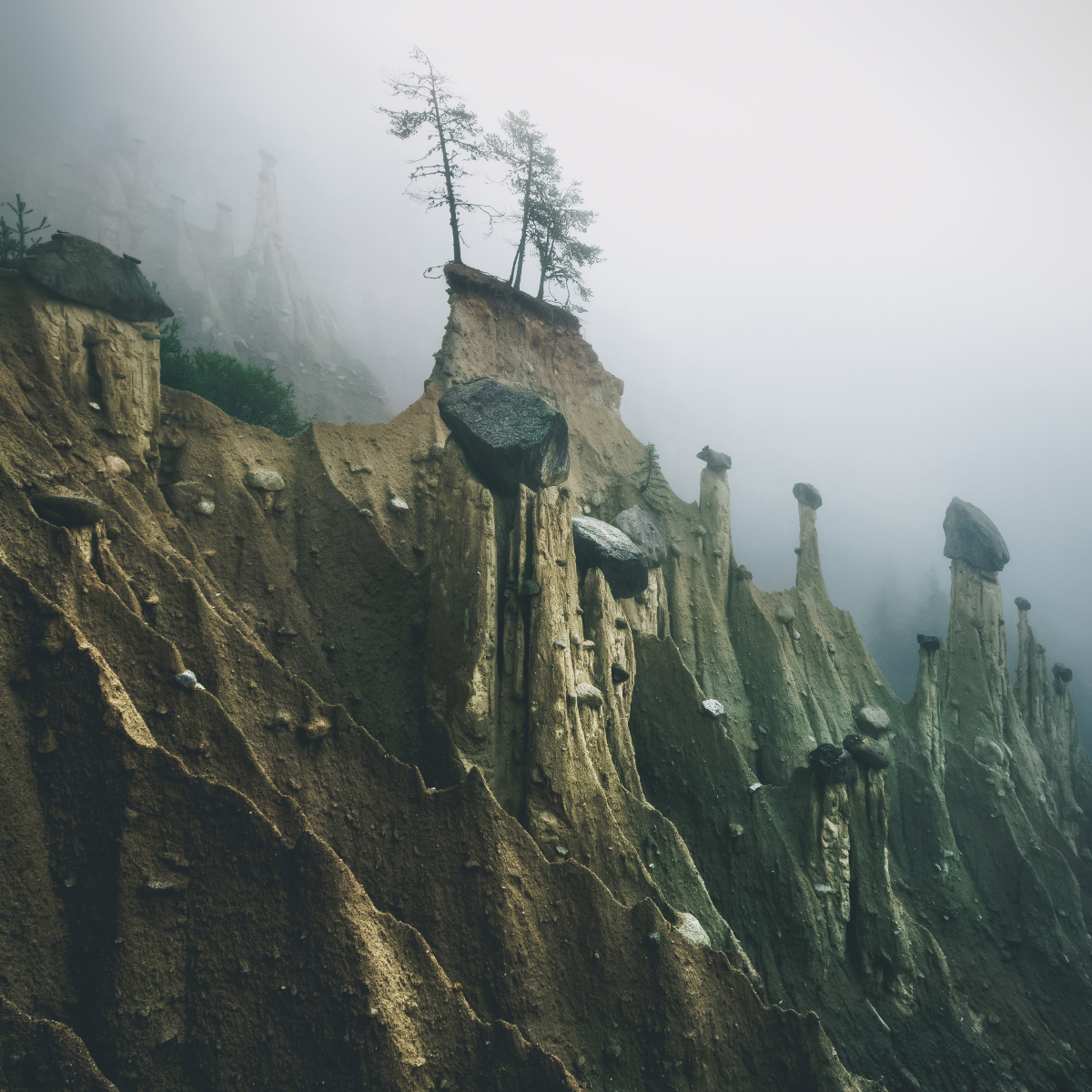 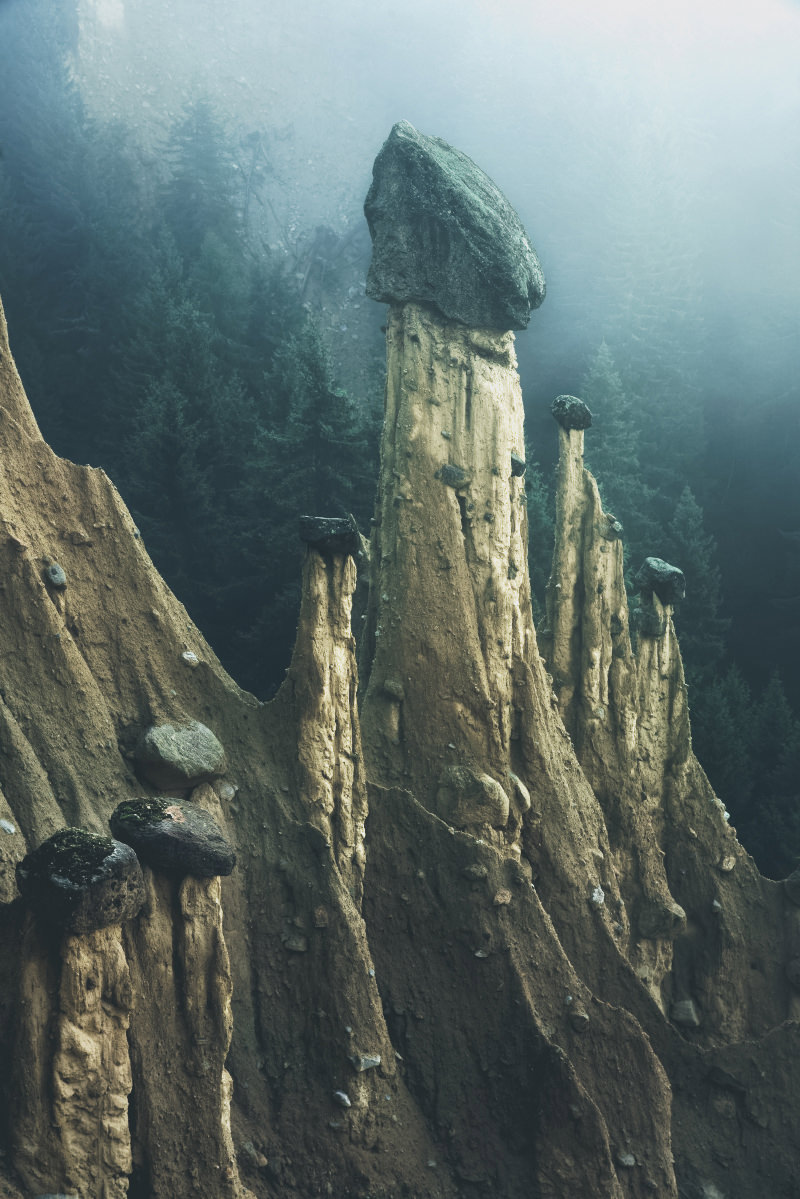 “Eventually the tall columns lose the strength to hold the large rock overhead, shifting balance and sending it tumbling down the mountain. The otherworldly elements remind Sch�nberger of the hoodos in the Southwestern United States, however the two naturally occurring wonders are formed from two very different geological processes,” reports Colossal.