Photo credit: Trigema
How about a skyscraper designed to look like a shipwreck? Introducing Top Tower by Black n´ Arch in collaboration with artist David Černý. Set to be built in Prague, it will rise 443-feet including the shipwrecked structure that appears to be straight from an apocalyptic flood. The team wanted to show the catastrophic effects of climate change and rising sea levels. Read more for a video, additional pictures and information.

In and around this building would be offices, a cultural center, retail stores, as well as commercial areas on the lower floor. The upper floors would contain luxurious apartment units, with a communal rooftop garden as well as viewing point at the top of the shipwreck structure that can be accessed via ski lift. 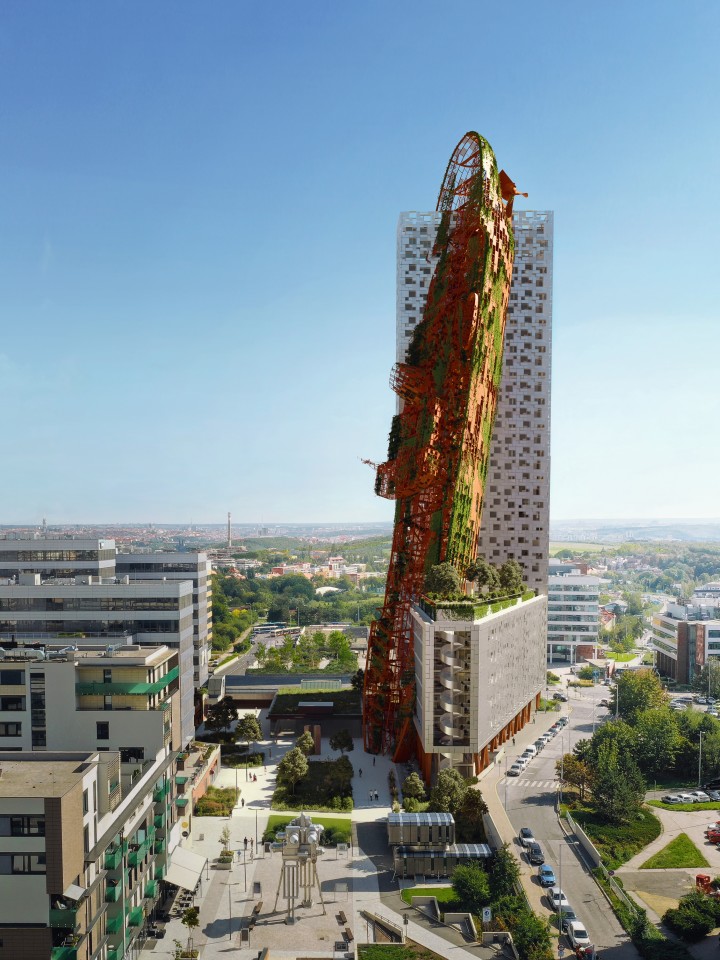 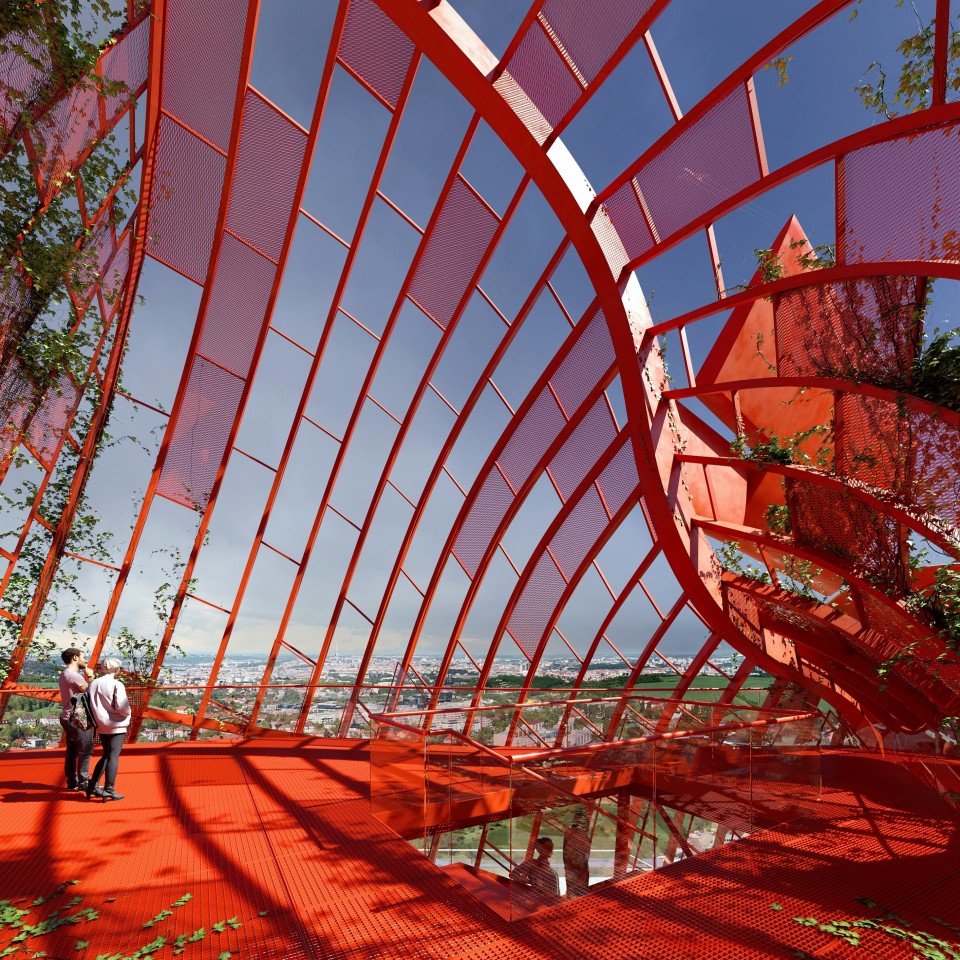 We have been preparing the Top Tower project for more than two years and the final version was preceded by eight other alternative solutions. During this time, we have collected and are still collecting suggestions from experts, state and local authorities, and of course the local public, whose representatives have already been and will continue to hold a number of participatory meetings,” said developer Trigema’s Marcel Soural.