The Total Wireless Moto E6 is a prepaid 4G LTE smartphone that runs on the Verizon network, and you can get one for $19.99, today only, originally $39.99. Its 5.5-inch Max Vision HD+ display gives you maximum viewing thanks to an 18:9 aspect ratio, so you’ll be able to scroll less, while still holding the phone comfortably in one hand. Its light weight, unibody, water-repellent design ensures your phone is protected inside and out. A full charge provides more than a day of power with its 3000 mAh removable battery. Product page. Read more for a hands-on video and additional information. 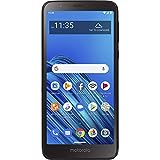 Other features include an octa-core Qualcomm Snapdragon processor, 2GB of RAM, 16GB of internal memory, microSD expansion (up to 256 GB), a 13MP rear camera with LED flash, and a 5MP front-facing selfie camera. There’s also a Fast Flashlight function that lets you turn the flashlight on with a simple chop-chop motion, and a Screenshot Editor for sharing, write, and drawing on your screenshots immediately. 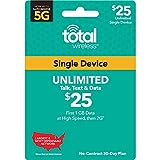 Fascinating Look Inside the World’s Loneliest House on Elliðaey, a Tiny Island in Iceland