Photo credit: Zackman / Reddit
With so many new apps hitting the App Store daily, it’s hard for a developer to compete and / or make significant revenue. Unfortunately, some are turning to dirty tricks in order to generate a profit. Before using Apple’s Touch ID / Face ID platform for any in-app functions, make sure you’re not being charged for a purchase. Recently, “Fitness Balance” and “Calories Tracker” asked users to place their fingerprint on the Touch ID scanner to “view personal calories tracker”, but instead charged them $99.99, approving the charge instantly if a valid credit / debit card was linked to their Apple account. Read more to see a video of this trick in-action.

Apps ask for fingerprint right at the moment when paying pop-up shows, which is accepted by user fingerprint.https://t.co/7WwT6bhsLF pic.twitter.com/BYZvd7p0VD

Even though this pop-up is only visible for about a split-second, if the user has a credit or debit card connected to their Apple account, the transaction is considered verified and money is credited to the developer. Fortunately, if you only use App Store credit to make purchases, it will not go through if there are insufficient funds. 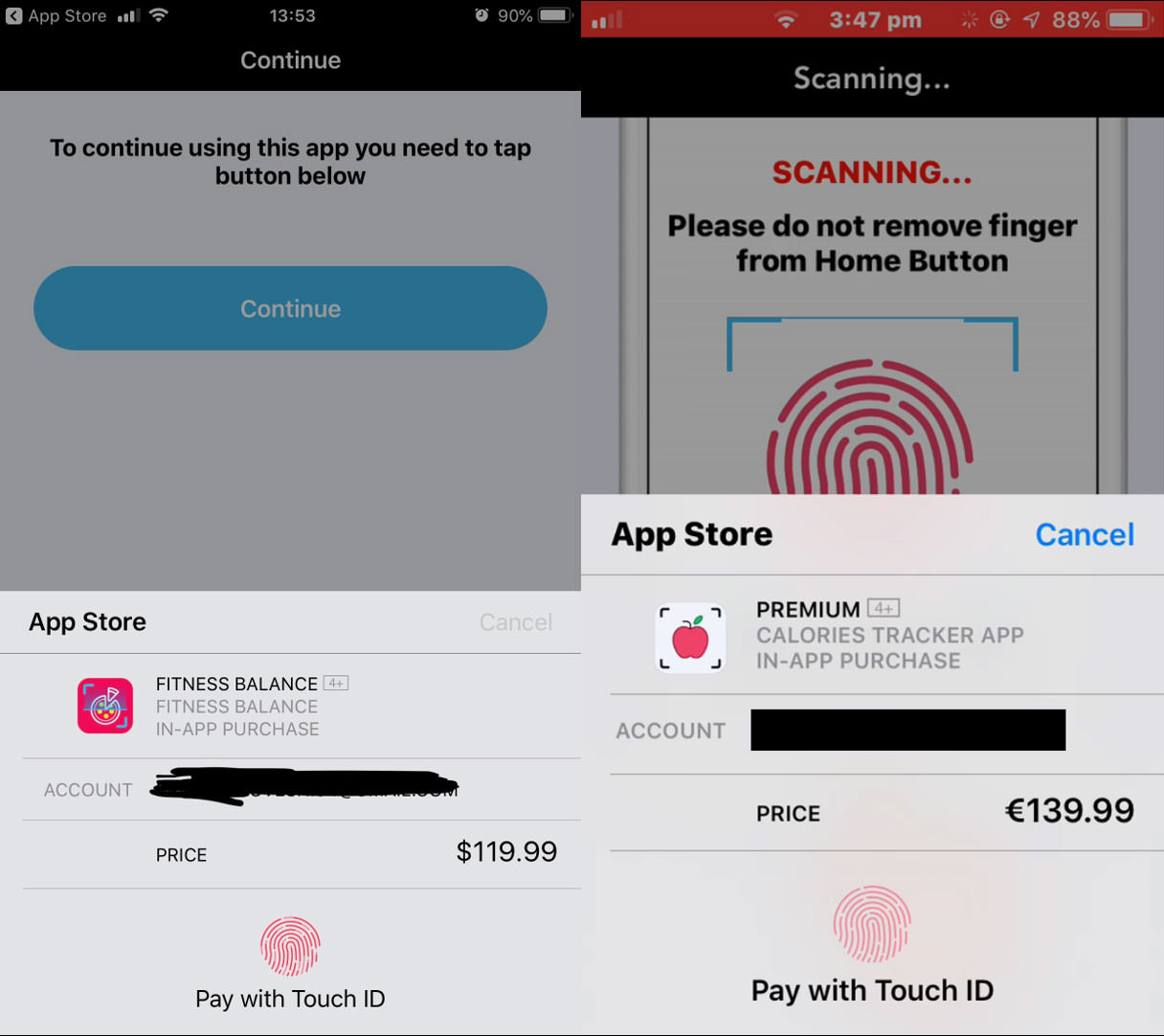 “If users refuse to scan their finger in ‘Fitness Balance app’, another pop-up is displayed, prompting them to tap a ‘Continue’ button to be able to use the app. If they comply, the app tries to repeat the dodgy payment procedure. Despite its malicious nature, the ‘Fitness Balance app’ received multiple 5-star ratings, had an average rating of 4.3 stars and received at least 18 mostly positive user reviews. Posting fake reviews is a well-known technique used by scammers to improve the reputation of their apps,” reports We Live Security.