Most already know that the Tesla Semi is an all-electric battery-powered Class 8 semi-trailer that will be headed to production in 2019, with a 500 mile range on a full charge. Using its new batteries, it would be capable of running 400 miles after an 80% charge in just 30-minutes using a solar-powered “Tesla Megacharger” charging station. This Porsche GT Vision Truck concept is all-electric and designed to transporting Le Mans race cars, but when the trailer is detached, it becomes a race truck. Read more for additional pictures and information. 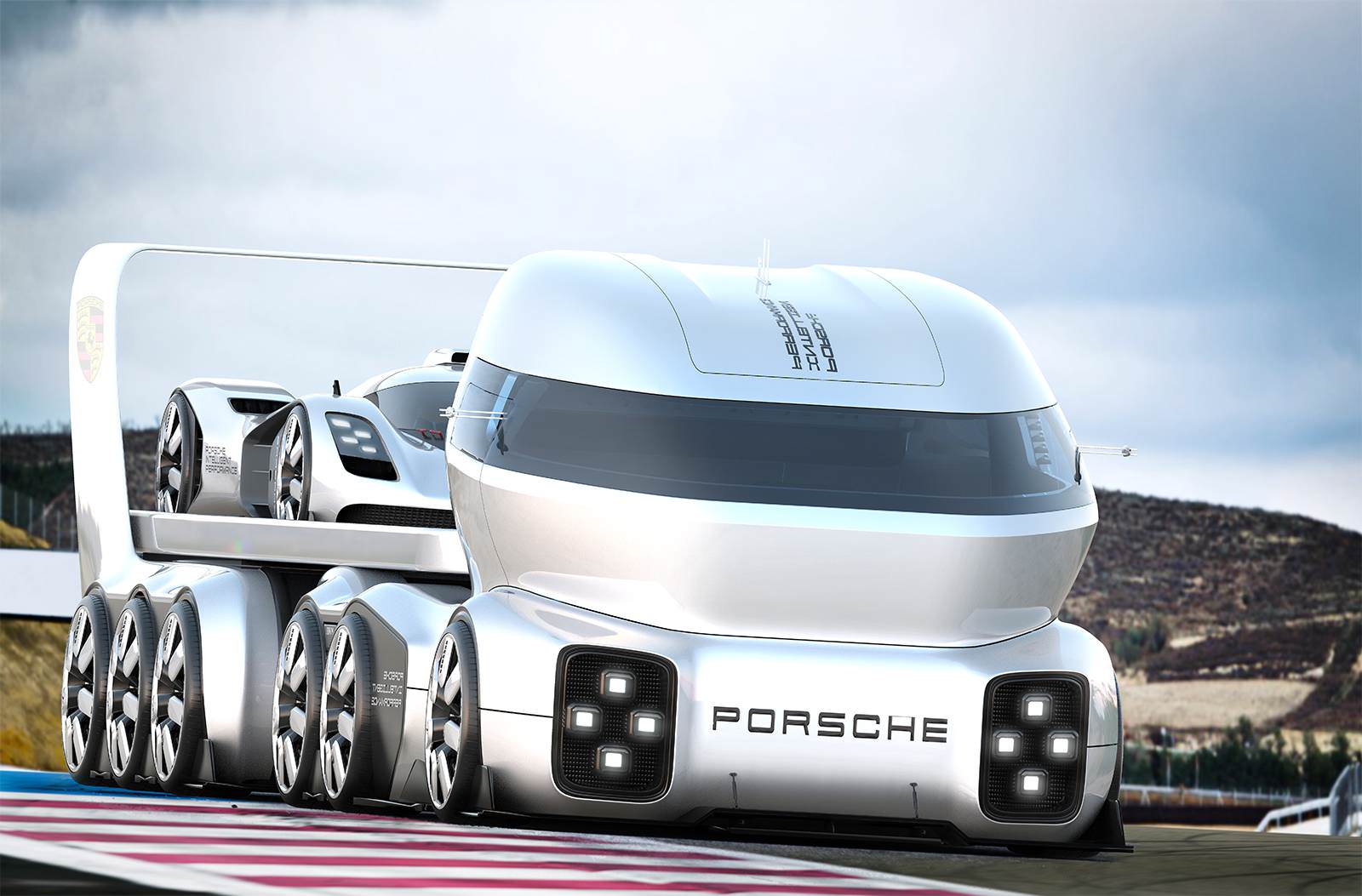 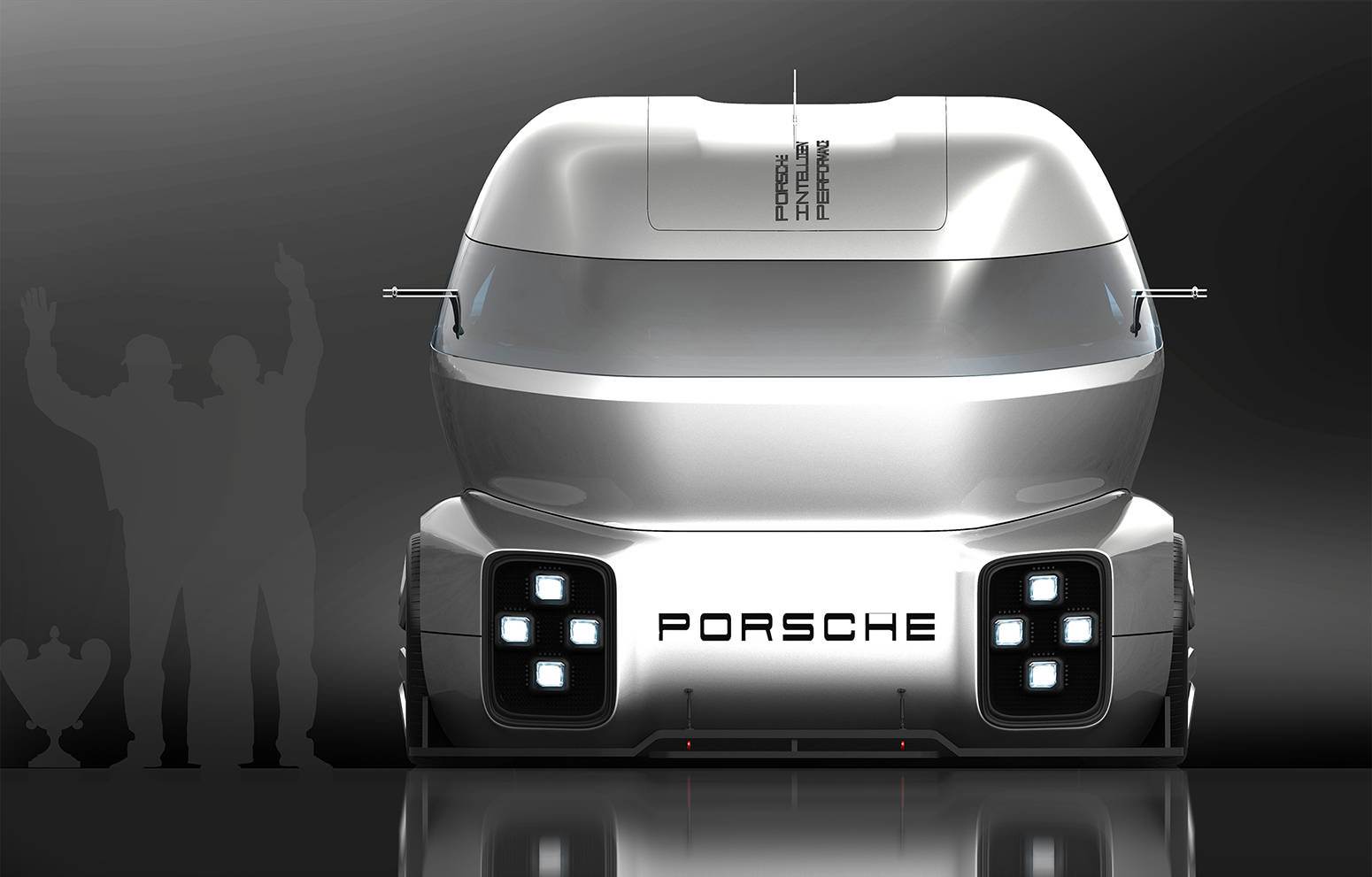 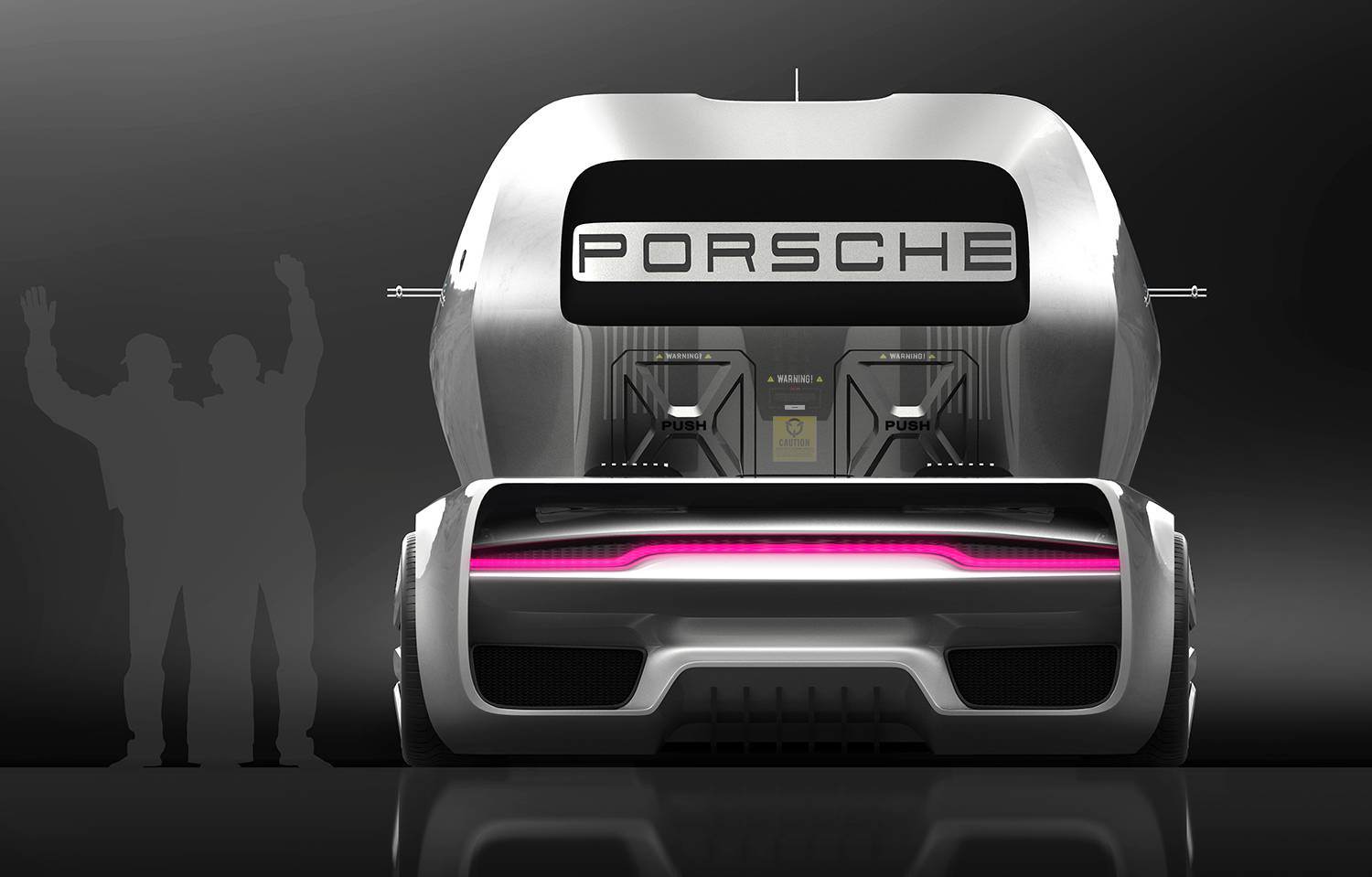 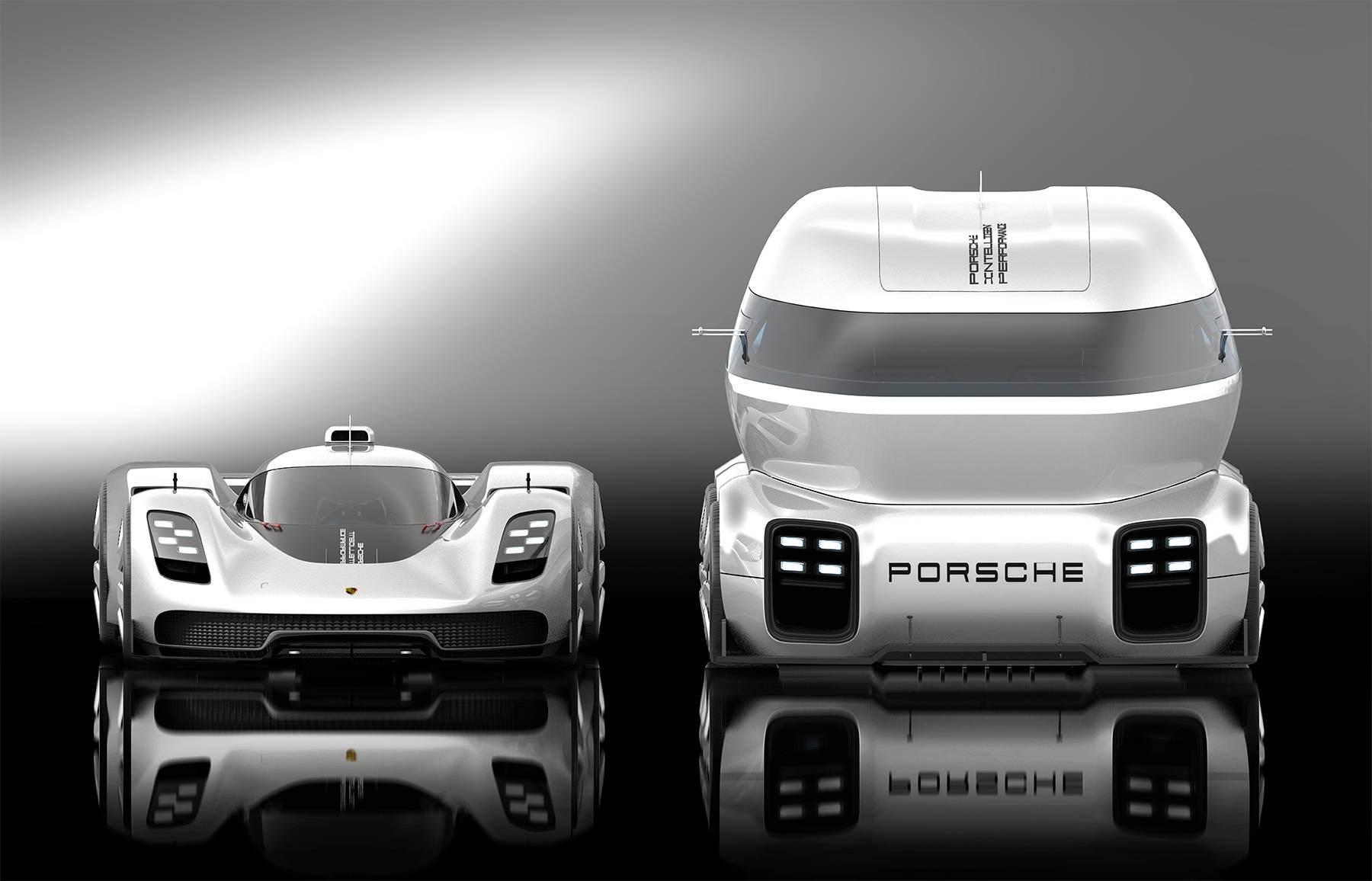 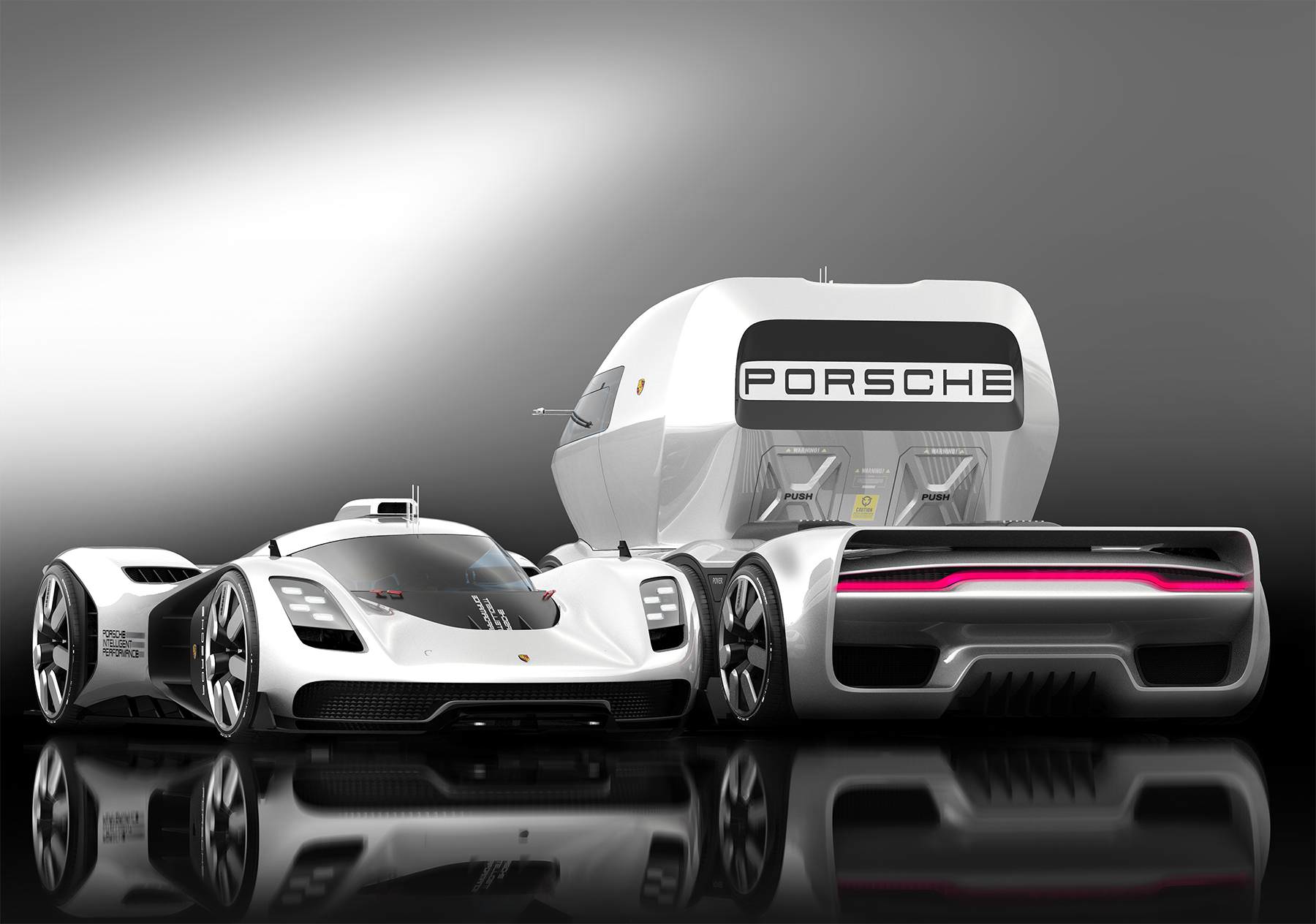 Featuring a futuristic cab design with a wraparound windscreen, rear view cameras and customizable LED headlights. Out back, you’ll find taillights inspired by the automaker’s current lineup, an integrated spoiler, air vents, and a large diffuser.

“The cab gets slightly narrower as it meets the chassis, resulting in a muscular appearance. Seeing it from the side, the viewer gets the same impression due to the sculpted treatment of the chassis over the massive wheels,” according to Car Scoops.