Most folding bikes just can’t compare to their full-sized counterparts, due to their small wheels, but that is all about to change ,thanks to the Tuck Bike. Invented by Alex Animashaun, an Oakland, California-based mechanical engineer originally from London, this bike can be folded or unfolded in under two minutes flat, complete with its folding wheels made of an airless foam. Read more for a video, additional pictures and information.

After folding everything down, the 30.9 lb single-speed bike can be pulled along using a set of caster wheels, like you would a piece of luggage. A Kickstarter campaign is planned for the near future with a retail price most likely falling between $1,600 to $2,500 USD. 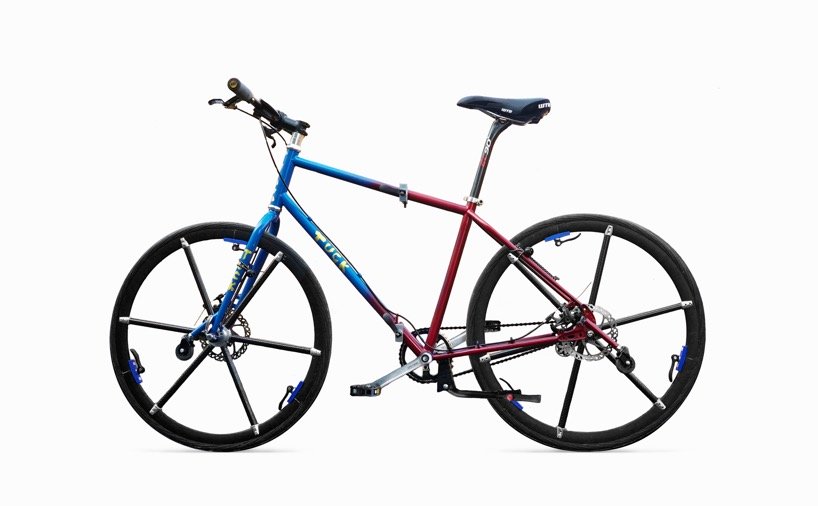 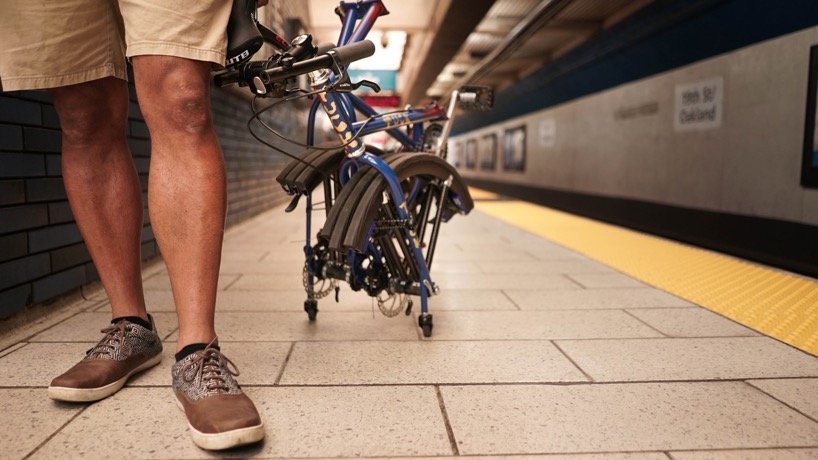 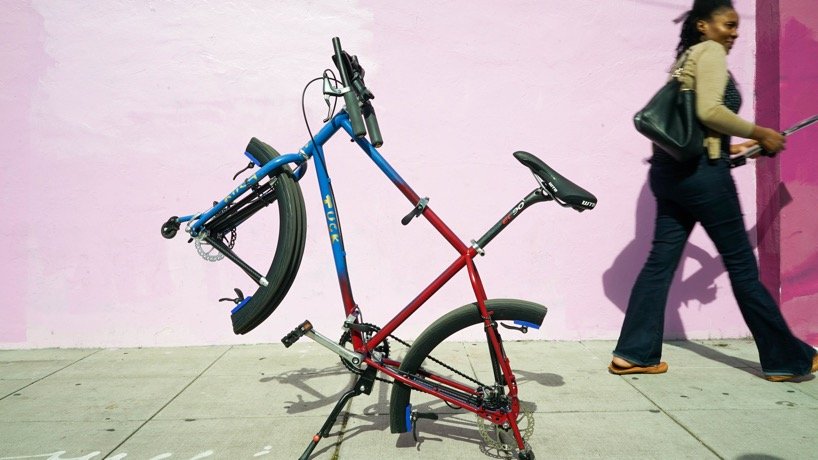 Imagine you have a pizza in front of you, cut in three slices. The tuck bike wheel folds by lifting one piece, twisting it around and stacking it on the other. Do that again and you three slices stacked together. The wheel is locked at each rim joint and at the hub. The rim joints have a clamp that you slide in and out of place then tighten. The hub has a simple clamp,” said Alex.