Nguyen Dac Chung, a 23-year-old college student from Hanoi, Vietnam was always fascinated with the Tumbler Batmobile from Christopher Nolan’s The Dark Knight. Unfortunately, the few replicas that popped up for sale were way out of his price range. So, he decided to spend 10-months and $21,700 building his own, albeit on a smaller scale. Though it may look complete, Chung says that it’s only 90 percent complete. Read more for a video and additional information.

This Tumbler replica may not be fast, but its four-cylinder, 400 cc engine is fast enough for the streets of Hanoi, with a top speed of 62 mph As for the suspension system, there are 4 front coilovers and 2 rear coilovers to keep things smooth, while the rear spoiler is fully functional and can be adjusted at the push of a button, using a pneumatic system. 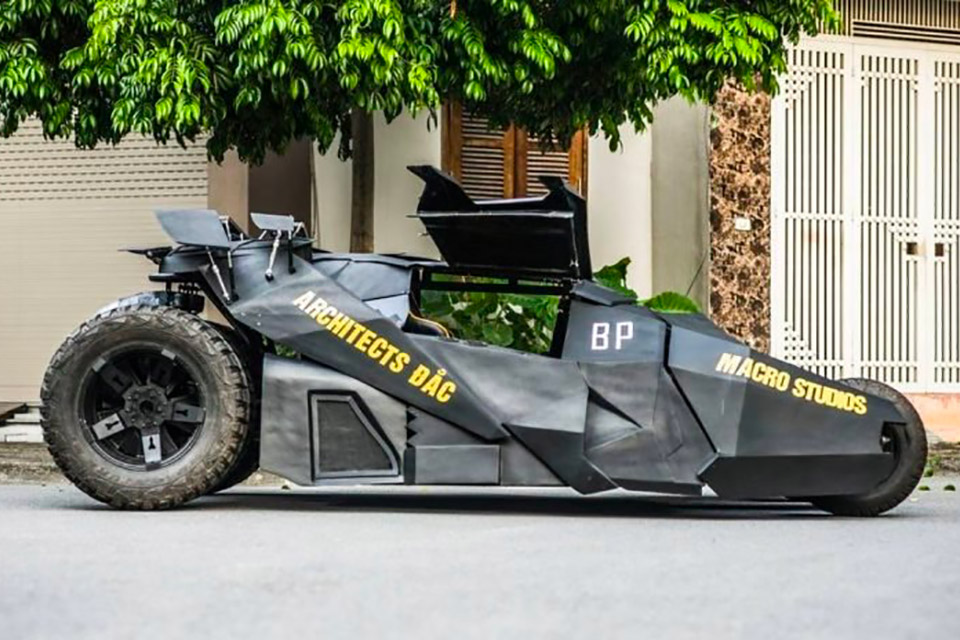 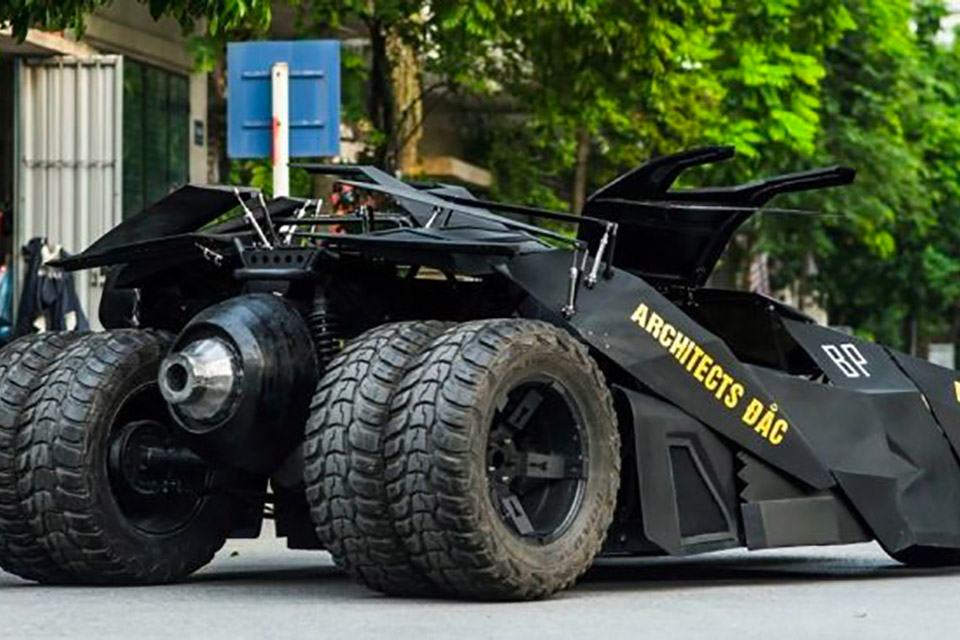 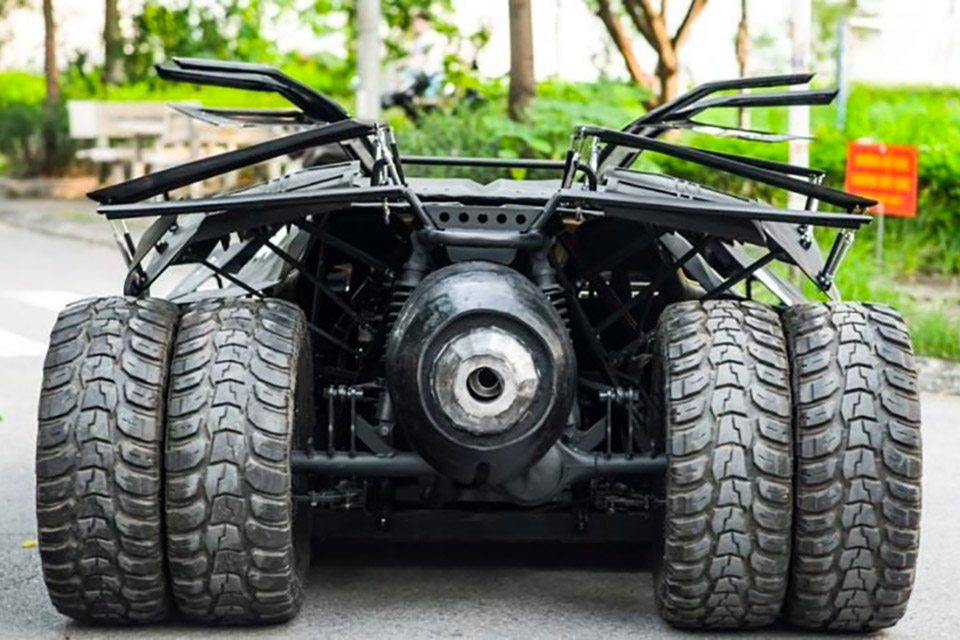