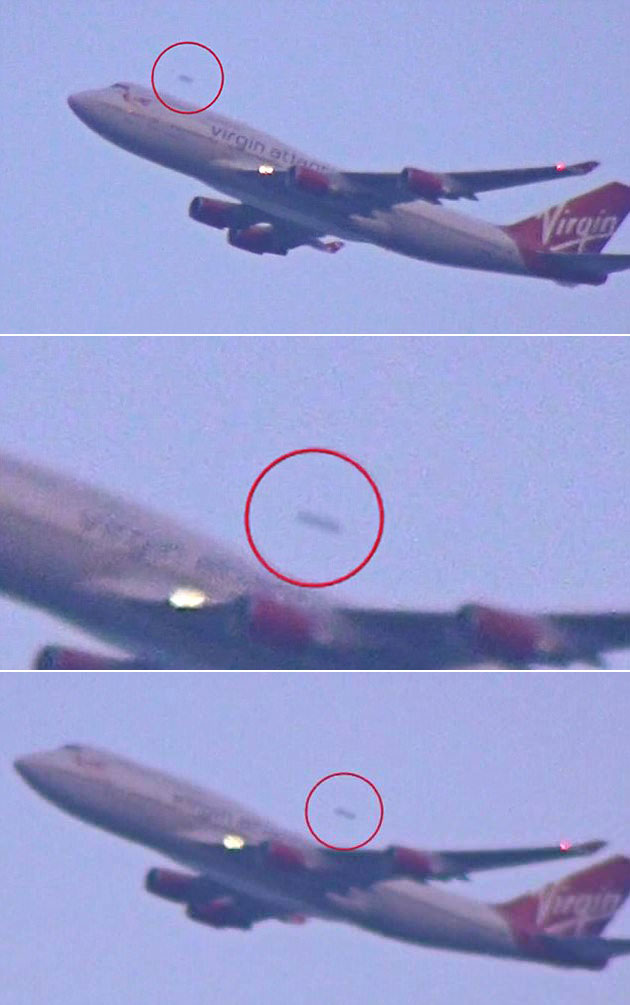 A plane spotter recently captured an unidentified flying object overtaking a Virgin Atlantic flight at high-speed during take-off from New York’s JFK airport. This peculiar object has led to speculation that it may be an extraterrestrial craft. “The person that saw this UFO at JFK films planes often and looks to catch UFOs on video. I even try to film UFOs myself often. Planning on a UFO hunt in NYC soon to hopefully air on LookNowTV. I thought this one doesn’t look like a bug or another plane in the background,” says Rick from LookNowTV. Continue reading to watch.

British UFO expert Russ Kellett remains unconvinced, and told Mail Online:. “It seems to get narrower and wider as it’s moving, it’s hard to say. I always send footage to an expert to image enhancement as it looks good but unfortunately it could be anything. There should be nothing getting that close to an aircraft. It doesn’t look to be a bird or anything like that but at a different angle it could be anything. You can believe in UFOs and be logical about images as well.”