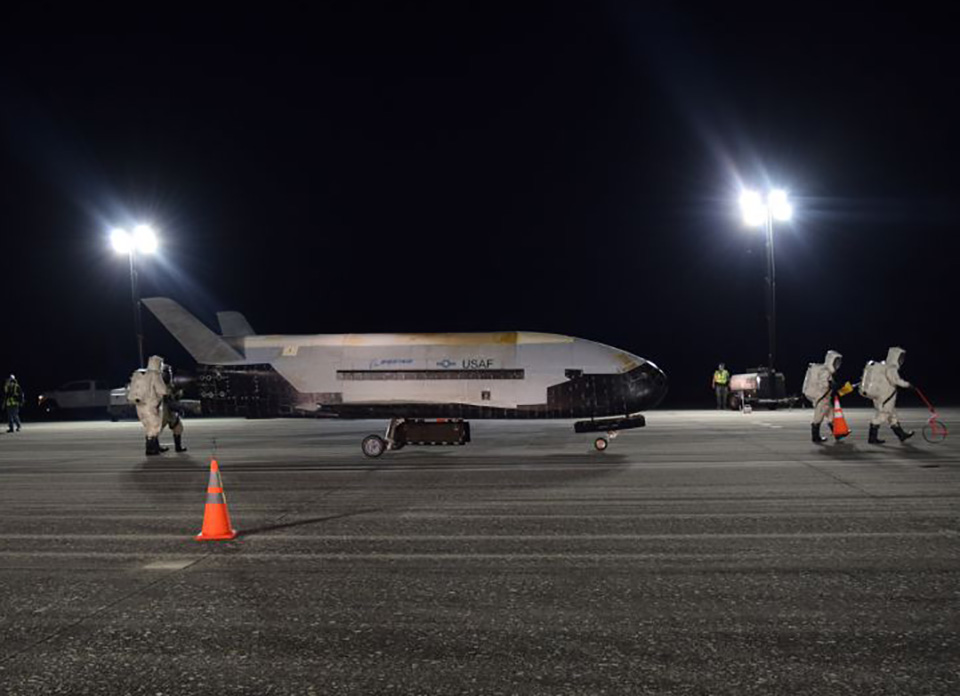 The U.S. Air Force currently has a fleet of at least two reusable X-37B spacecraft, with both having flown multiple flights. These solar-powered spaceplanes were built by Boeing and come equipped with a miniature payload bay to host experiments or smaller satellites. What’s most surprising is that they were originally designed to spend only 240 days in orbit, but they have far surpassed that goal.

The safe return of this spacecraft, after breaking its own endurance record, is the result of the innovative partnership between Government and Industry. The sky is no longer the limit for the Air Force and, if Congress approves, the U.S. Space Force,” said Air Force Chief of Staff Gen. David L. Goldfein.