Dutch astronomer Ralf Vandeberg spotted something unusual in the sky, and no, it wasn’t a UFO, but rather the top secret U.S. Air Force X-37B spaceplane. So far, the public knows absolutely nothing about its mission, which has lead some conspiracy theorists to claim that the payload could be used for intelligence-gathering. “Thanks to the amateur satellite observers-network, it was rapidly found in orbit again and I was able to take some images on June 30 and July 2,” said Mr Vandebergh on Twitter. The craft measures about 29 feet (8.8 meters) long and 9.5 feet (2.9 m) tall, with a wingspan of less than 15 feet (4.6 m). Read more to see the image that Vandeberg shot of the craft. 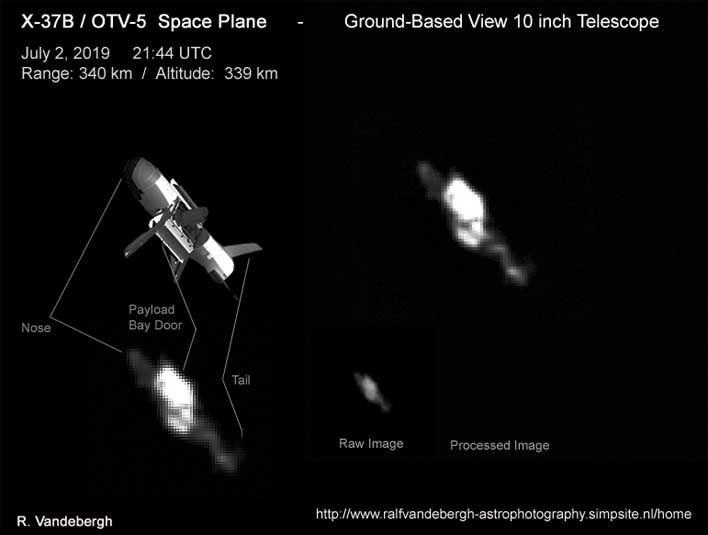 Nothing too clear can be made out, but what you can see is the spacecraft’s nose, the payload bay, and its tail. The image was captured with a 10-inch f/4,8 aperture Newtonian telescope with an Astrolumina ALccd 5L-11 mono CMOS camera, while the spacecraft was manually tracked using a 6×30 finderscope. “The primary objectives of the X-37B are twofold: reusable spacecraft technologies for America’s future in space and operating experiments which can be returned to, and examined, on Earth,” said an X-37B fact sheet produced by the Air Force.