Photo credit: Vossen
Many 2020 Toyota Supra fans felt that the car needed some extra flair, and with the addition of a large rear wing as well as a set of Vossen forged S21-01 wheels, it now looks complete. Will Toyota eventually release a limited edition model that resembles what you see above? We most certainly think so, as they did release a 1997 Toyota Supra 15th Anniversary Edition model, which now commands $150K+ at auction. Read more for another picture and additional information. 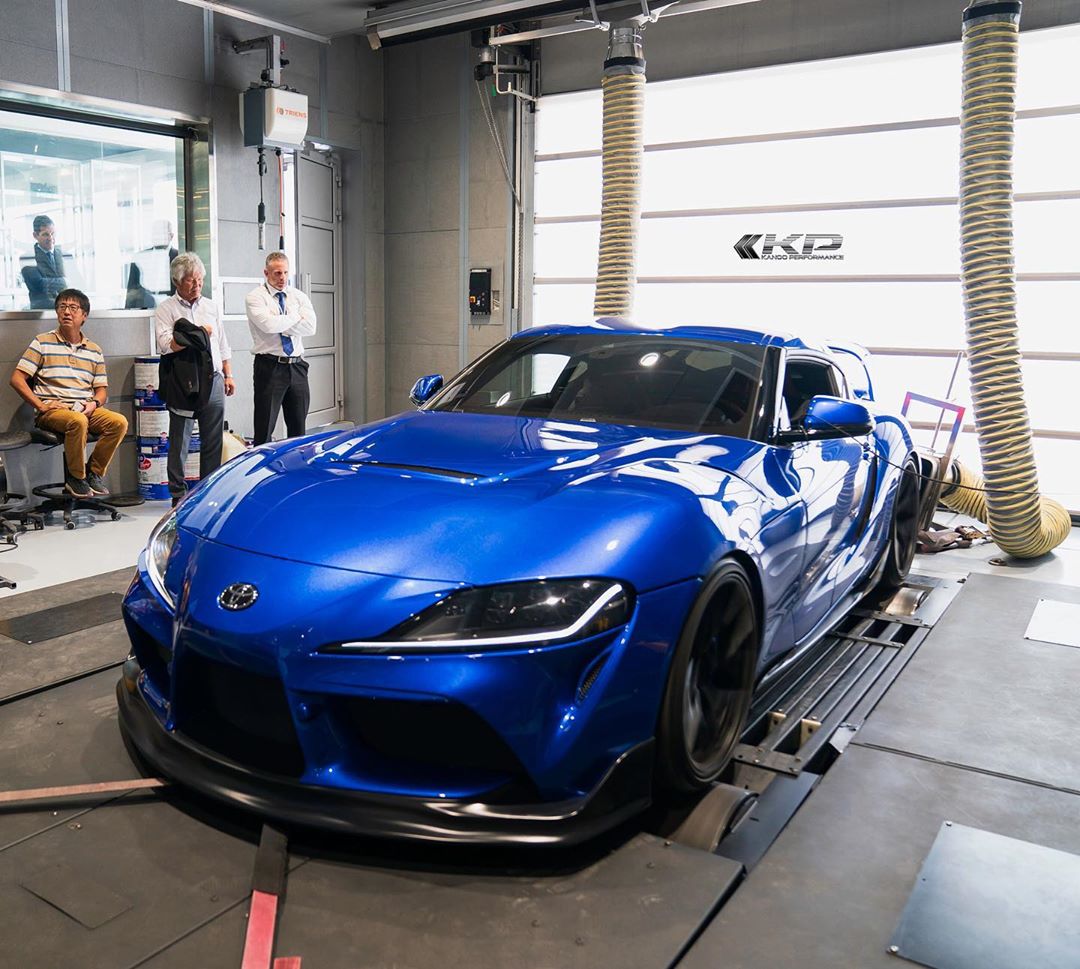 Photo credit: Kanoor Performance
Only 376 Toyota Supra Anniversary Editions produced for the 1997 model year had a Targa roof and was finished in glossy black. It’s powered by a 3.0-liter twin-turbo 2JZ I-6 generating 320 hp and 315 lb-ft of torque, mated to a six-speed manual. The ourth-generation Toyota Supra was only available in the U.S. from model years 1994 to 1998 before it was discontinued due to low demand.