Photo credit: Aledekas Studio
Mexico-based Aldekas Studio has always been a fan of the original VW Beetle, or Volkswagen Type-1 as some call it, and what better way to salvage one than by turning its many parts into a go-kart. Called Bugkart Wasowski, this miniature vehicle repurposes the fenders, headlights, turn signals, a fender, and original chrome side mirrors into the Beetle’s distinctive shape. Read more for additional pictures and information. 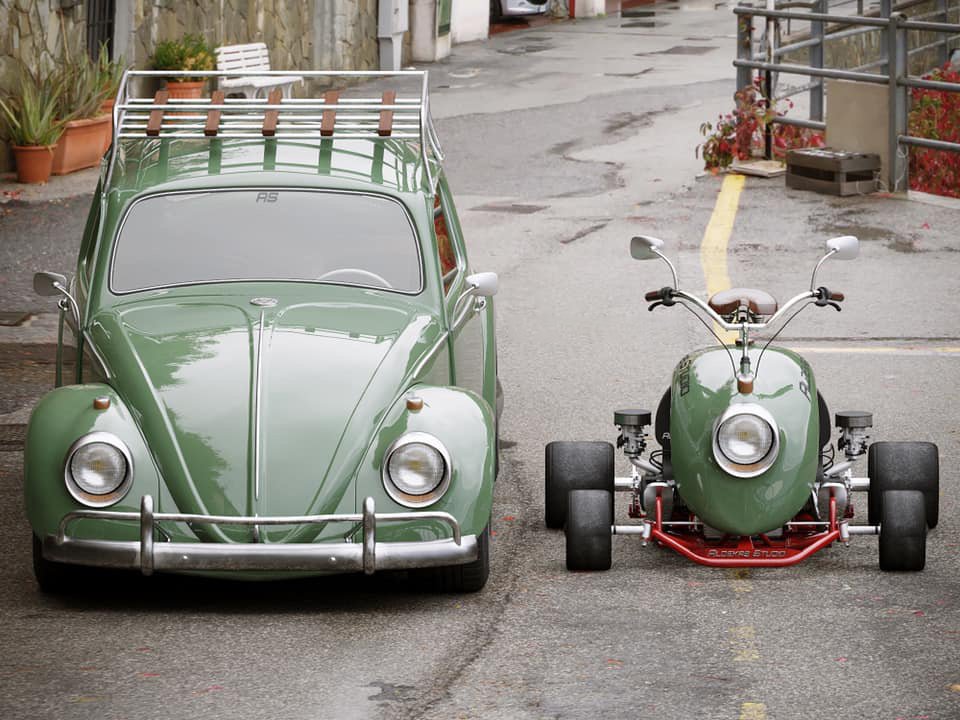 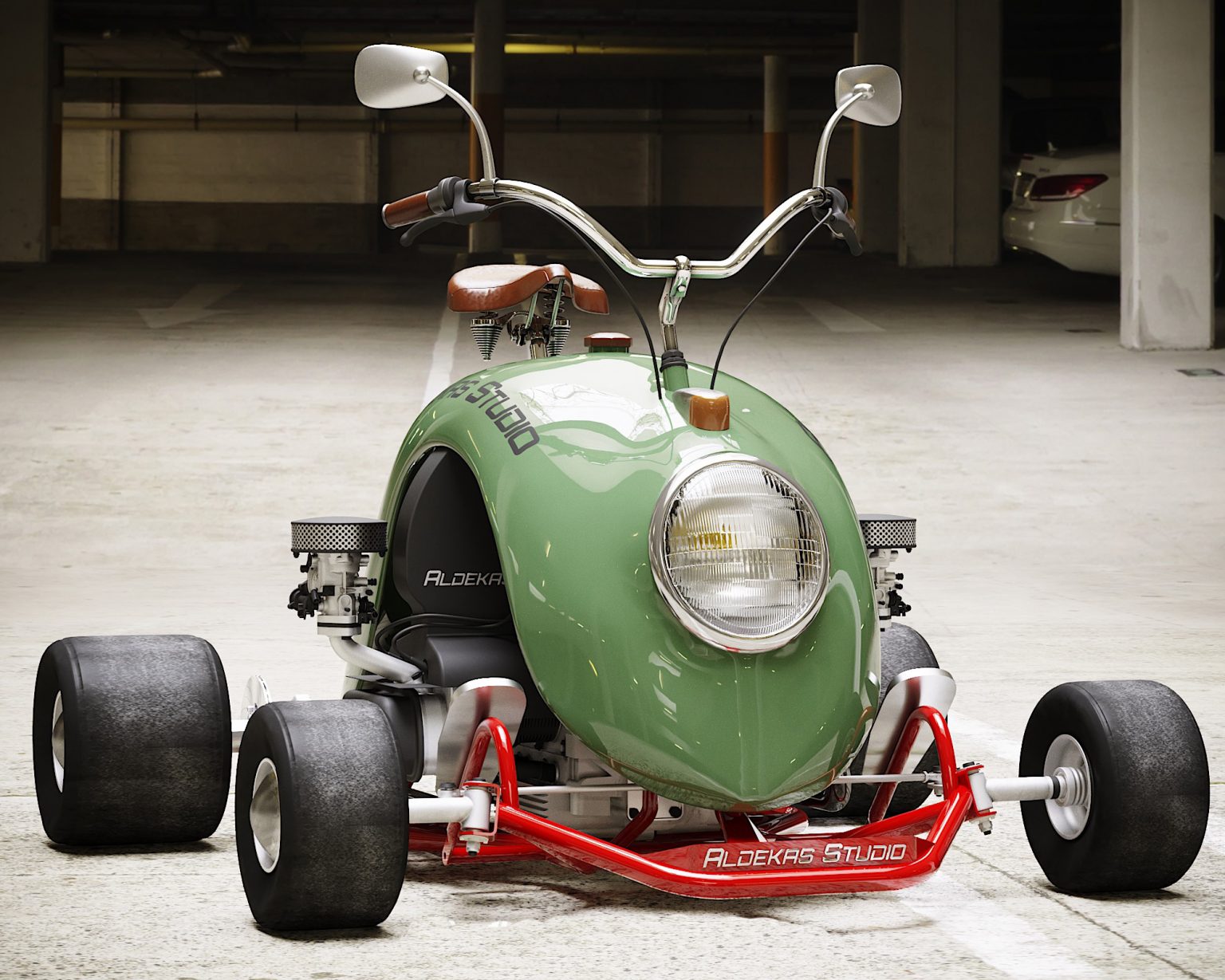 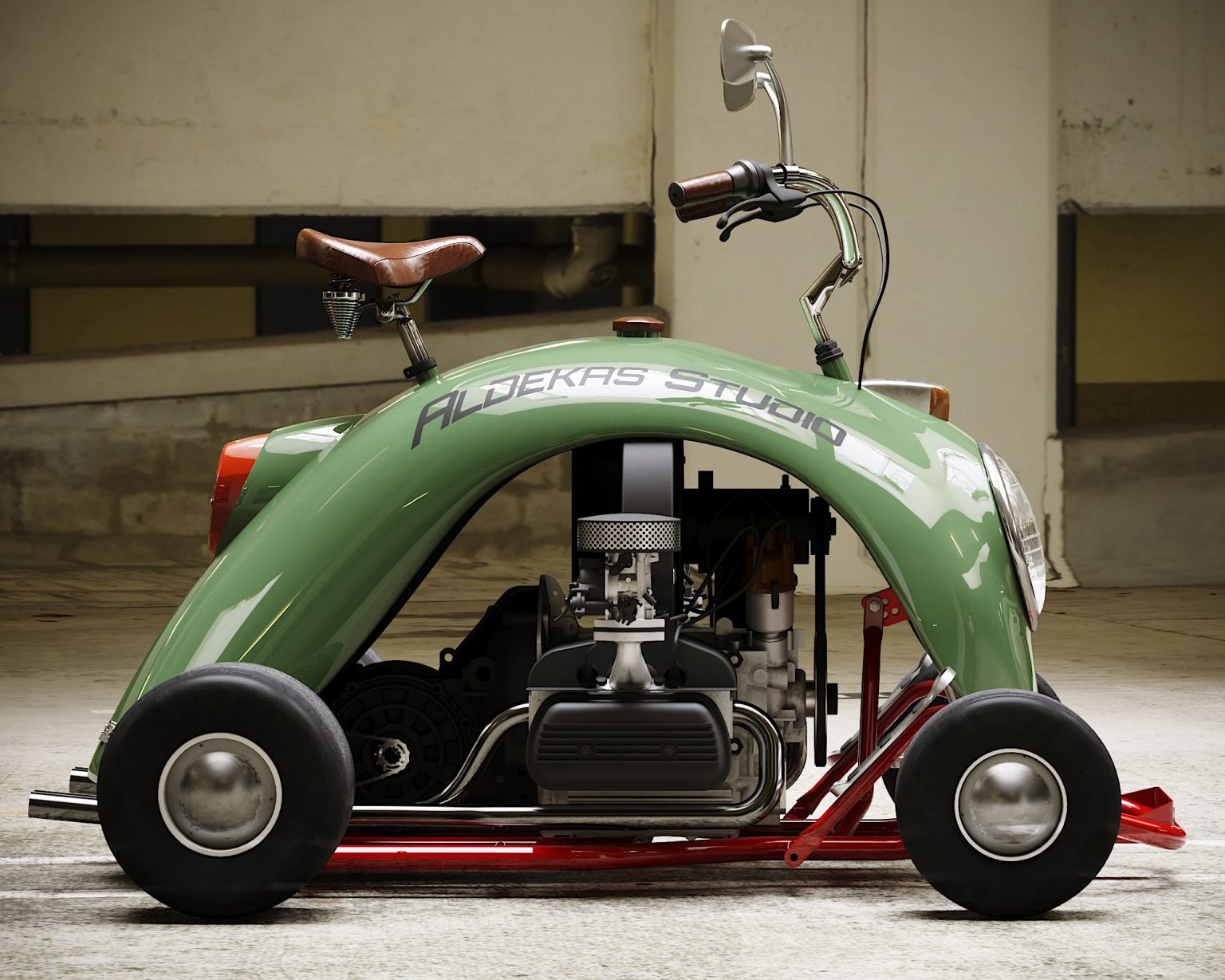 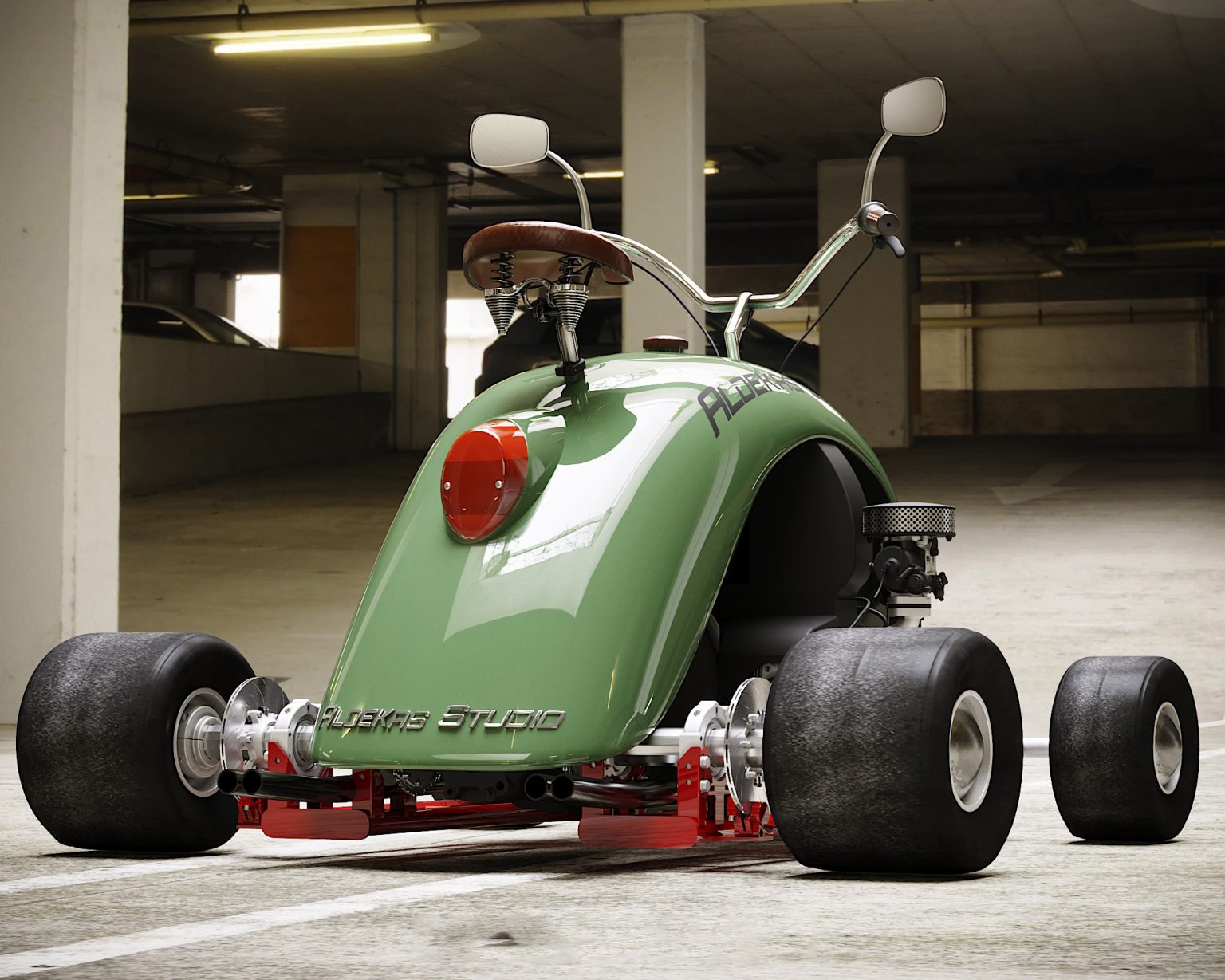 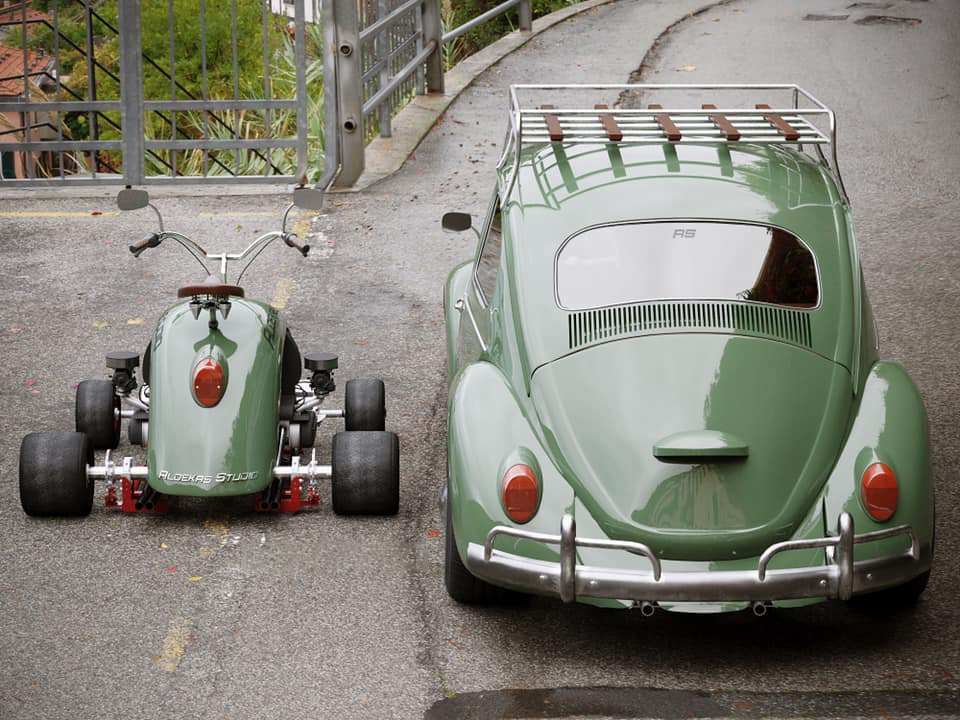 The original 1938 VW Beetle had a 25hp engine and was designed for a top speed of 62 mph, which would be a viable cruising speed on the Reichsautobahn system. As speed limits increased in the postwar years, its engine output was boosted to 36hp and then 40 hp, lasting through 1966, thus becoming the “classic” Volkswagen motor. Unfortunately, Aldekas Studio did not mention what is powering this kart, but it wouldn’t be too farfetched to believe it’s at least comparable to the 25hp Beetle. 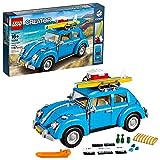