Microsoft first debuted its Xbox Console Streaming for Xbox One last year, but now, all members o the Xbox Insider Program can try out the preview. Anyone with an Xbox account can sign up to join the program, but currently the Xbox Console Streaming app is only available on Android (6.0 or higher) phones and tablets, so iOS users will have to wait a bit longer. Read more for a how to get started video and additional information.

Unfortunately, there are also some region limits, as the preview is only available in Xbox One-supported countries. During the initial launch, the preview was only been available in the United States and the United Kingdom, but now Europe, Asia, North America, as well as a few other regions are supported. 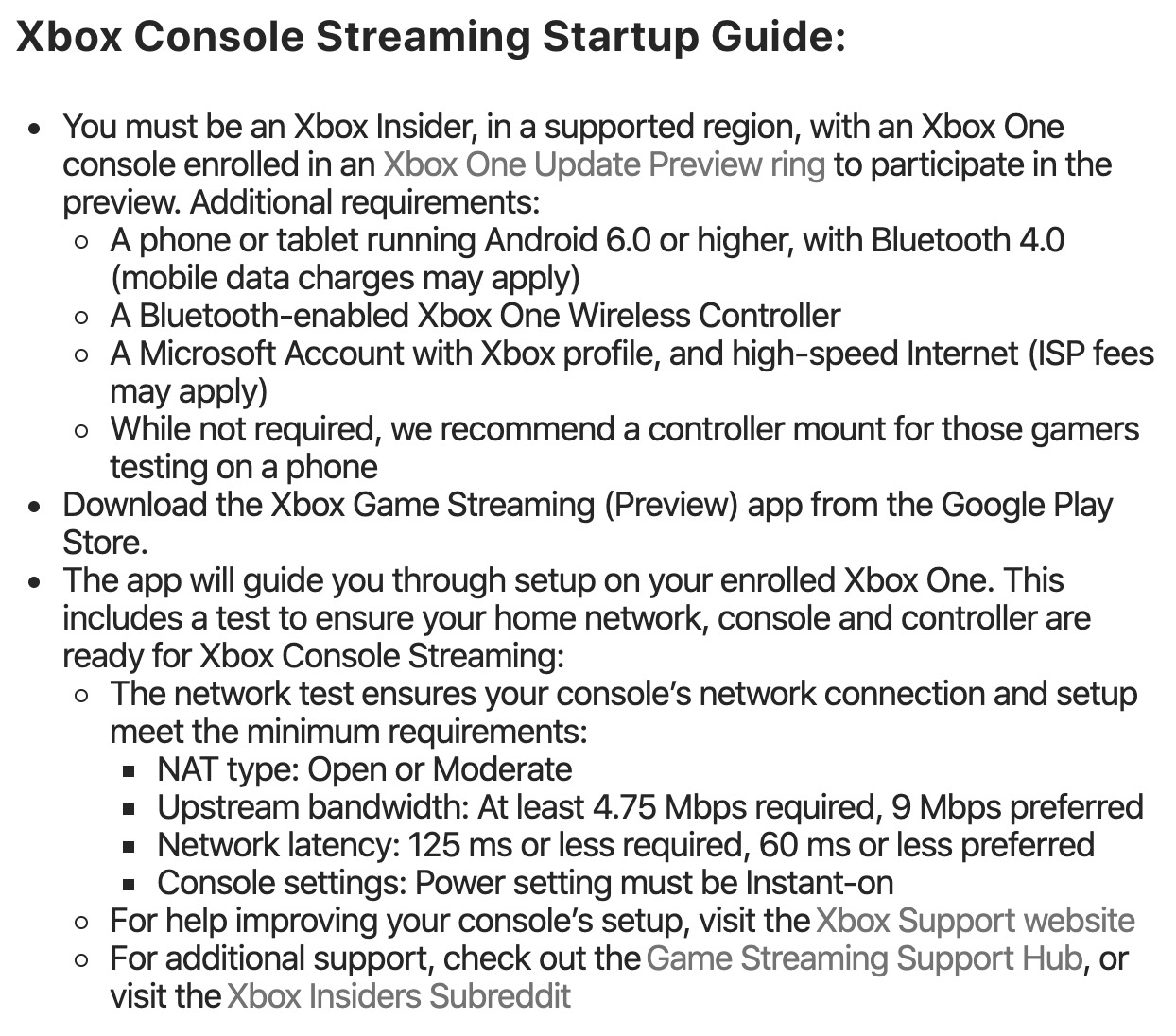 We view the public preview as an important step in our journey to deliver game streaming to Xbox players around the world! We are learning from Xbox Insiders like you whenever you participate in these new technologies,” said Microsoft.