Believe it or not, a woman from China reportedly checked into a hospital because of a bothersome itch in her ear that just wouldn’t stop itching for a week, only to find out a spider had taken up residence in her ear canal. Continue reading for more pictures and information. 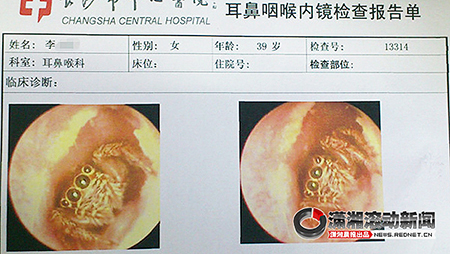 LiveScience reports that the spider likely crawled into the woman’s ear five days before her August 8 hospital visit. A scope of the ear revealed hairy spider with four eyes posing for the camera (pictured above). The Huffington Post reports that the spider may have found its new home while Mrs. Lee slept in her home during renovations.

According to LiveScience, the woman’s doctors were concerned if they were to simply go in and try to remove the spider, it would “instinctively drill its barbs deeper, scratching the ear canal.” Doctors eventually got it out by pouring saline solution into the ear canal and flushing out the unwelcomed guest.

10 of the World’s Most Useless Products

5 of the World’s Most Luxurious Private Helicopters