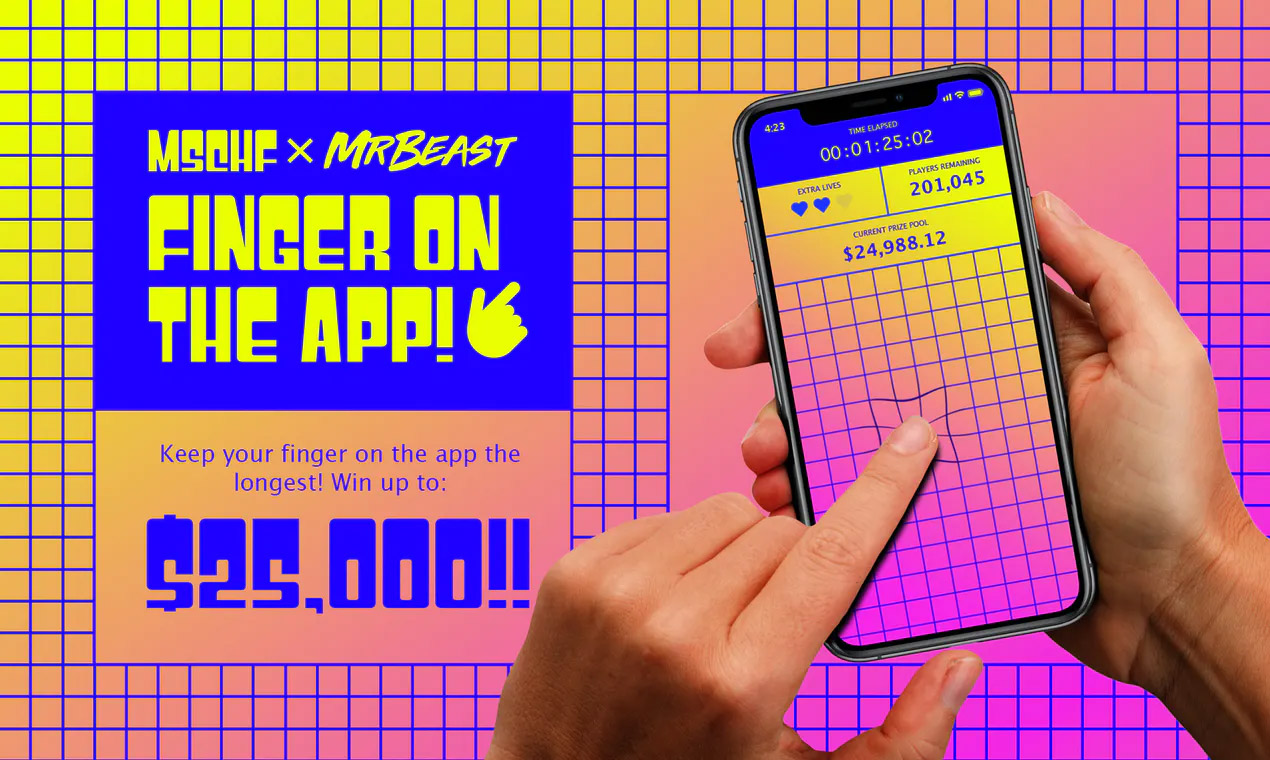 YouTuber MrBeast (aka Jimmy Donaldson) has a gargantuan following on the video sharing platform, or somewhere along the lines of 38-million, so it’s no surprise that he decided to create an app-based challenge unlike any other. Called “Finger on the App,” this piece of software was developed in partnership with internet startup MSCHF, and the winner would have been the player who could keep their finger in constant contact with the app the longest. Read more for two videos and additional information.

The initial contest began at 3 p.m. Eastern June 30, with over 1-million players joining in. By 7 p.m. that night, the players dwindled down to 450,000, and at the stroke of midnight, it had narrowed to a mere 1,500. Donaldson and MSCHF knew the app could handle millions of concurrent players, but didn’t expect this kind of reception. There were also a few anti-cheat protections built-in to keep automated bots from winning it all.

Dear the four remaining contestants with your finger still on the app, I’m ending it here. Three days is insane! You ALL win and will ALL receive $20,000. CONGRATULATIONS! GO TO SLEEP,” said MrBeast on Twitter.