Photo credit: Old Crow Speed Shop
A total of 90 Porsche 550s were produced during its production run between 1953-1956, so you could imagine how Bobby Green of Old Crow Speed Shop felt when he unboxed one last week. This particular example was built in Stuttgart before being raced in Hawaii and the Bahamas. Once retired, it was transported over to Orange County, California and then stored in a shipping container ever since. Its previous owner, Les Gunnarson, has since passed away and in addition to this rare Porsche, left a collection of British motorcycles behind as well. Read more for a video and additional information.

This vehicle is powered by a naturally aspirated air-cooled 1.5L 4-cylinder boxer making 108 hp at 6200 rpm and 89 lb⋅ft of torque at 5000 rpm, mated to a fully synchronized 4-speed gearbox. This 550 Spyder, serial numbered 0069, was driven by Loretta Turnbull and fully restored in the early 1980s after being sold to Gunnarson. 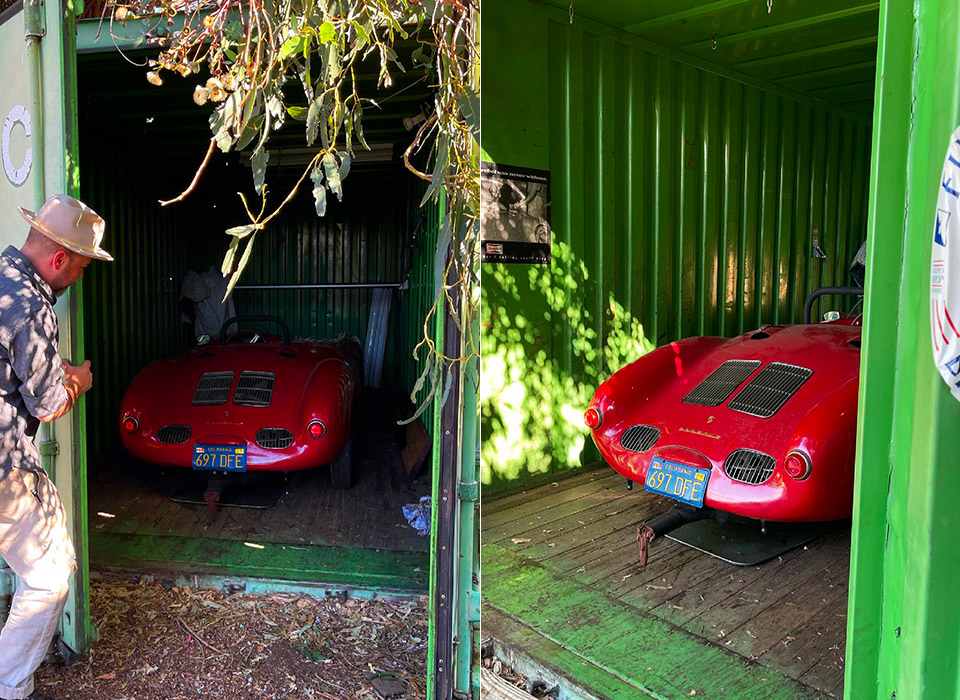