Photo credit: Motor Authority
For those who don’t know, the 2020 Toyota Supra is a collaboration between Toyota and BMW and is based on the Z4, but only the chassis and engine are the same. The engine is also tuned differently as well as the suspension. Only the turbocharged 3.0-litre inline-six engine producing 335 hp and 369 lb⋅ft of torque, will be offered in the US. You’ll be able to choose from two trim levels: 3.0 and 3.0 Premium. The 3.0 model has a 6.5-inch center touchscreen multimedia system with Bluetooth and standard Alcantara trimmed seats, while the 3.0 Premium has an 8.8-inch touchscreen multimedia system, standard navigation, wireless Apple CarPlay, 12-speaker JBL stereo sound system, wireless phone charging, color head-up display, along with heated leather seats. Read more for a more in-depth first drive video, additional pictures and information.

The first 1,500 cars sold are special Launch Edition variants, based on the 3.0 Premium model and offered in three exterior color options: Absolute Zero White, Nocturnal Black and Renaissance Red 2.0. Cars in white or black have the same red interior as the auction car, which is only offered in the Launch Edition models, while the red cars have a black interior. However, all the Launch Edition cars have red colored wing mirrors and a replica of Akio Toyoda’s signature on a carbon fiber plaque fixed to the dashboard, mirroring the auction car. 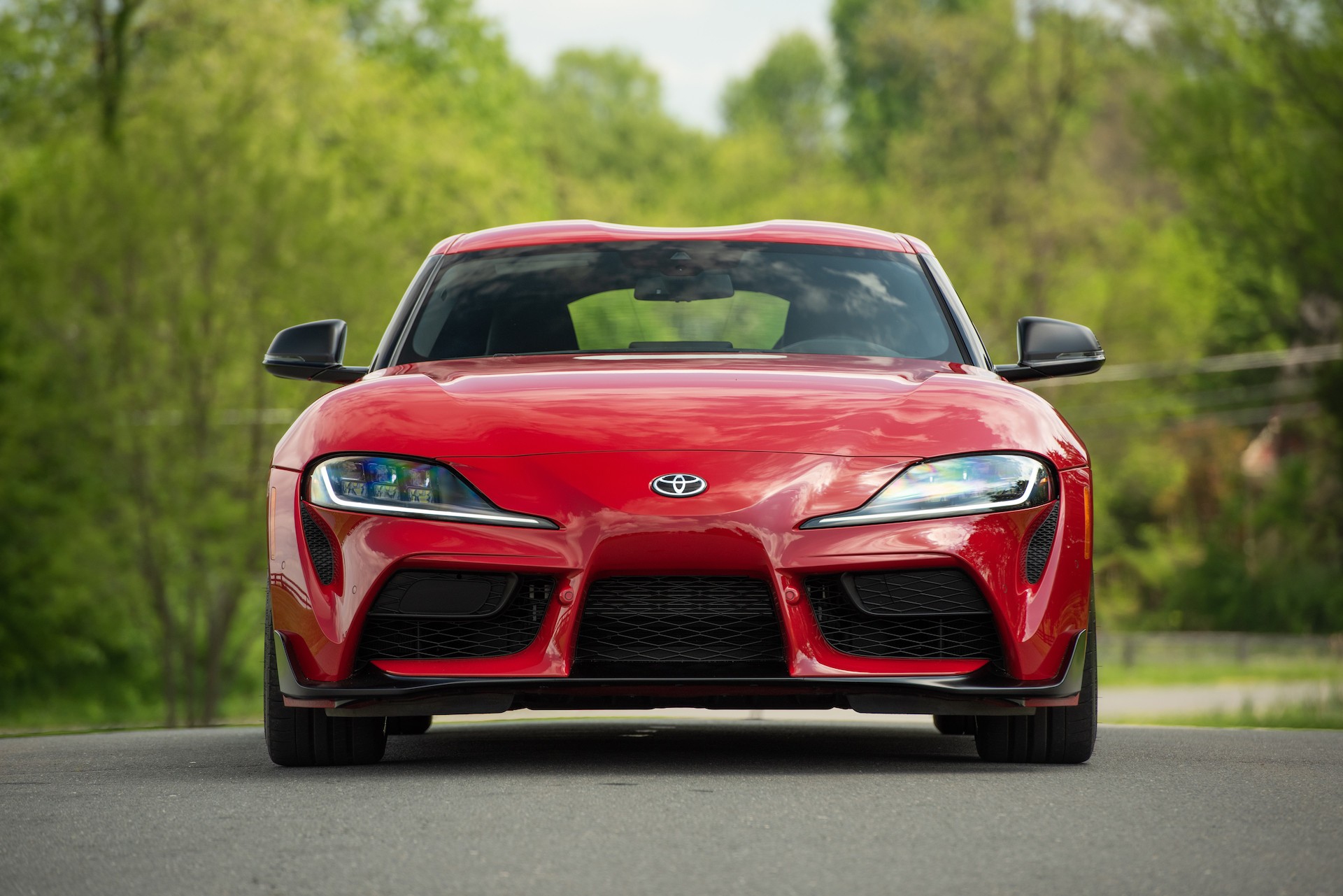 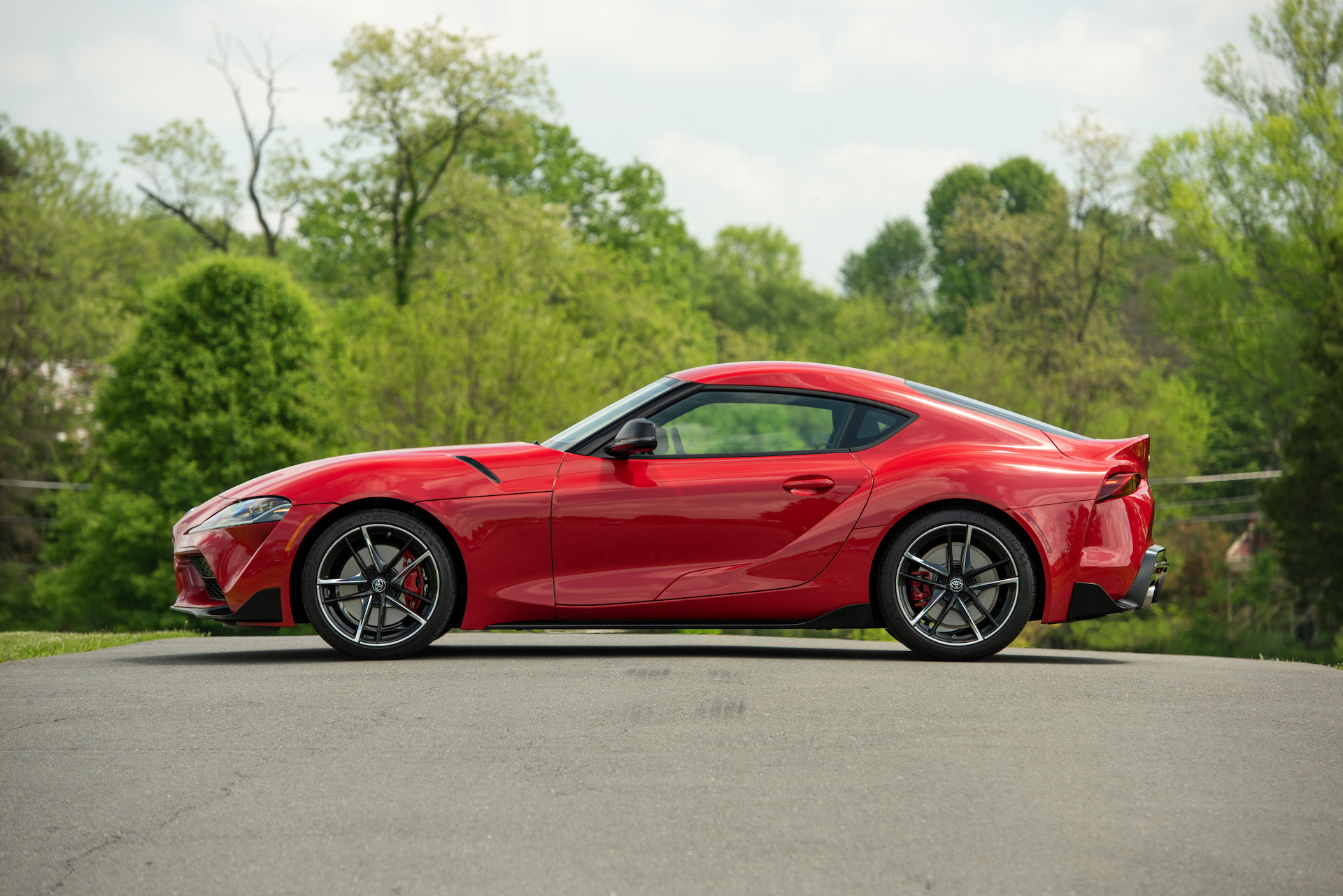 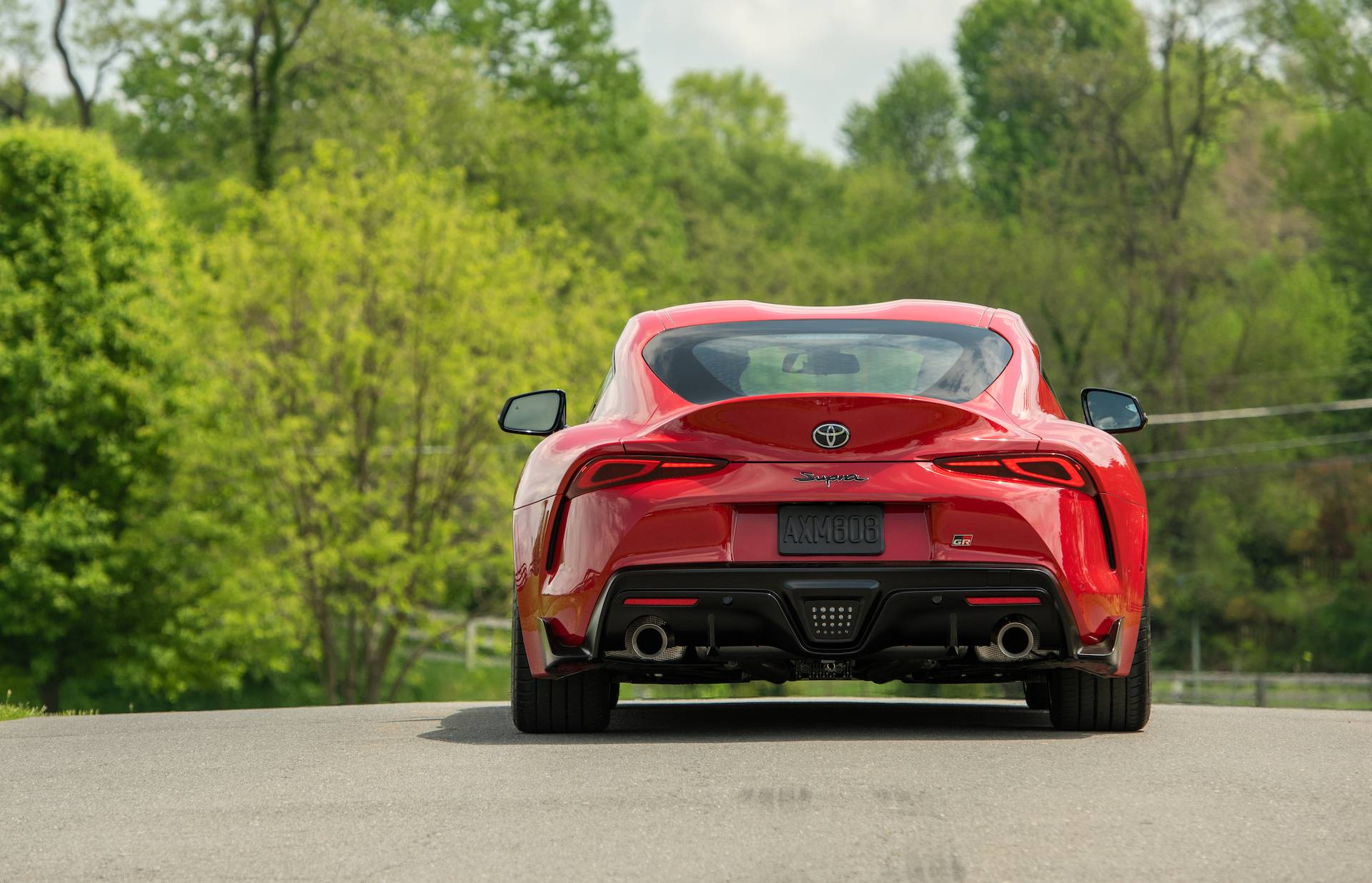 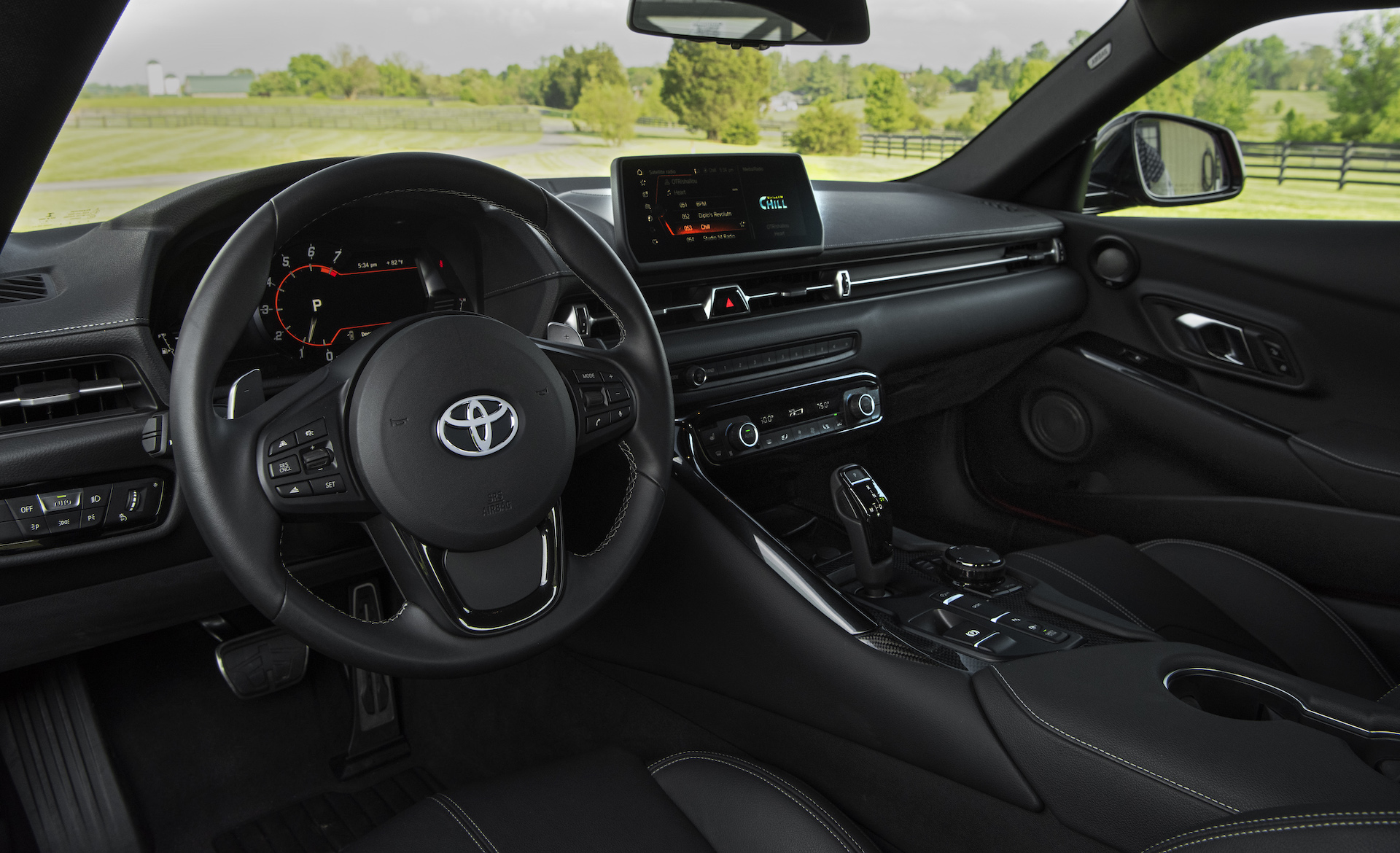 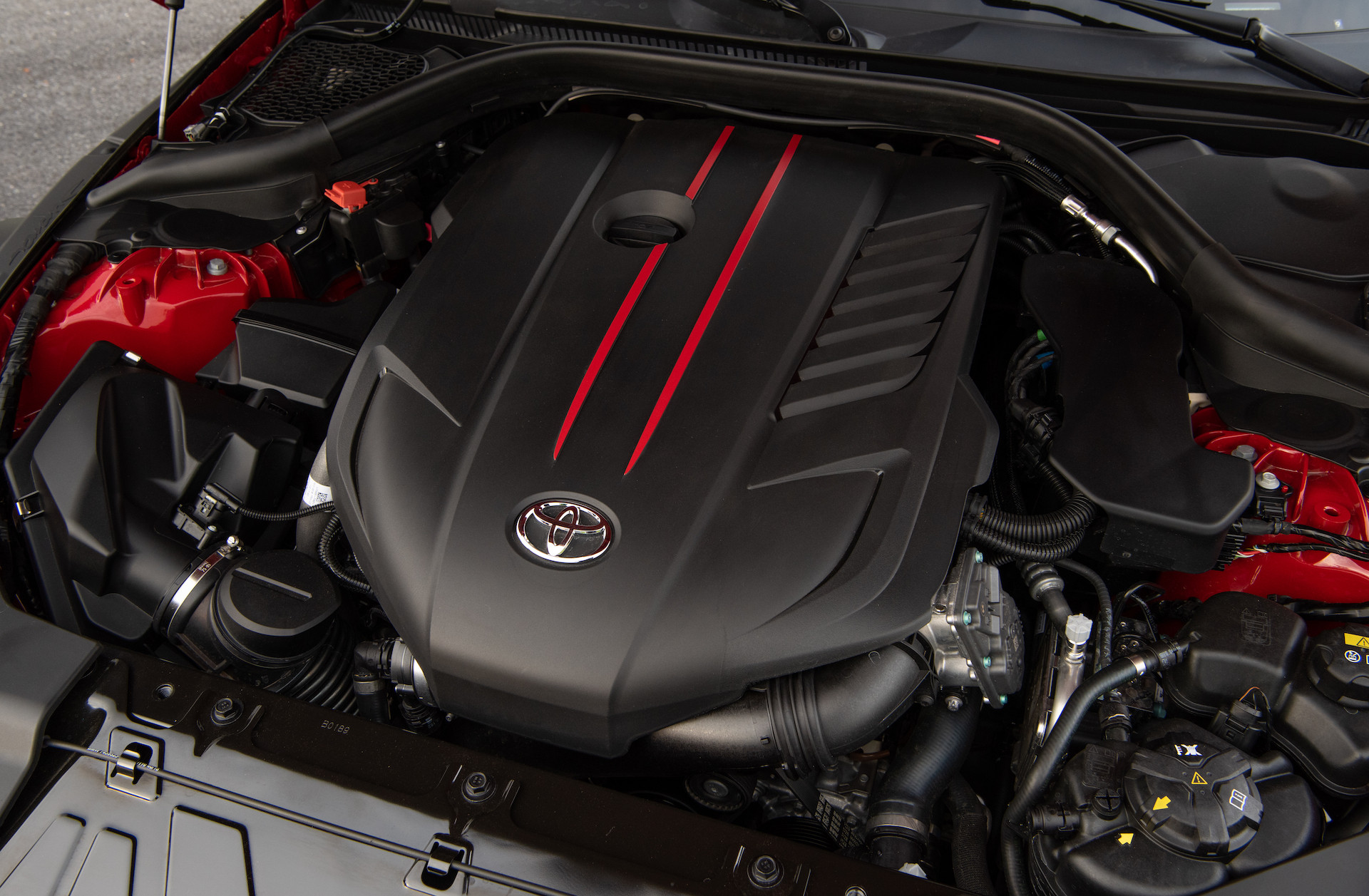 “While the Toyota is a coupe and the BMW is a roadster, one other big difference is price. The Supra starts at $50,920, which is actually a few hundred dollars less than the fourth-generation Supra cost in 1998, its final year. The new BMW Z4 starts at about the same price, but that’s for a 4-cylinder Z4 versus a 6-cylinder Supra. To get the Z4 with the inline-6, buyers will have to shell out $64,695. I’ll gladly give up 47 horsepower to save $14,000 and gain the rigidity of a coupe body style,” said Motor Authority.