Photo credit: Amey Kandalgaonkar via Design Boom
Shanghai-based architect Amey Kandalgaonkar was enthralled by the rock-cut tomb architecture of Saudi Arabia’s Mada’in Saleh, an archaeological site that constitutes the kingdom’s southernmost and largest settlement after Petra. So, this “House Inside a Rock” came about, and it looks to be something straight from a post-apocalyptic science fiction movie, or possibly one set on another Earth-like world. Read more for additional pictures and information. 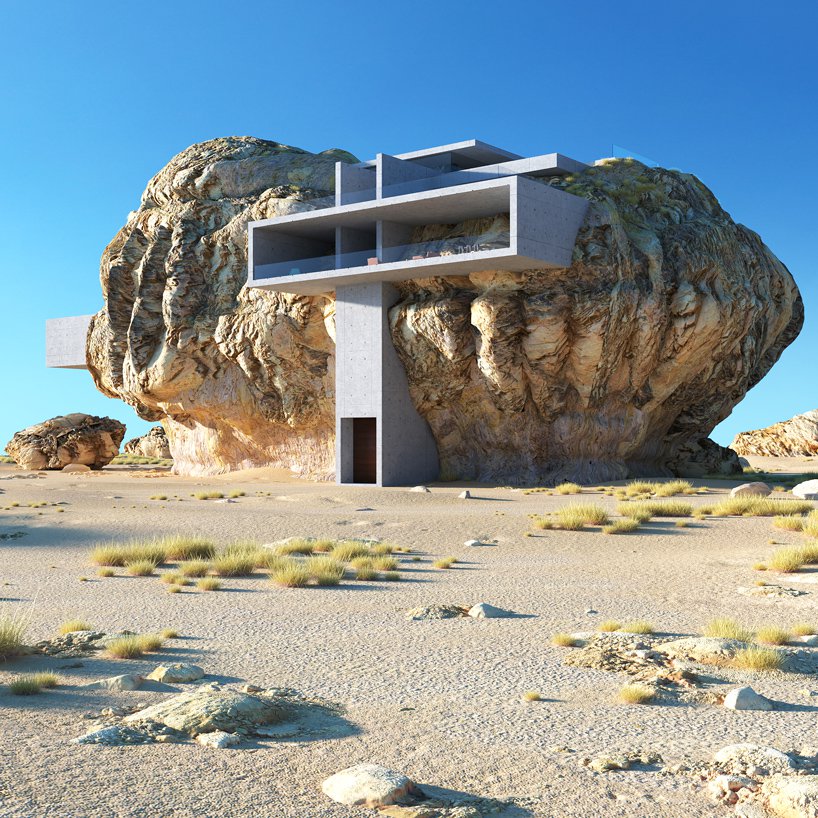 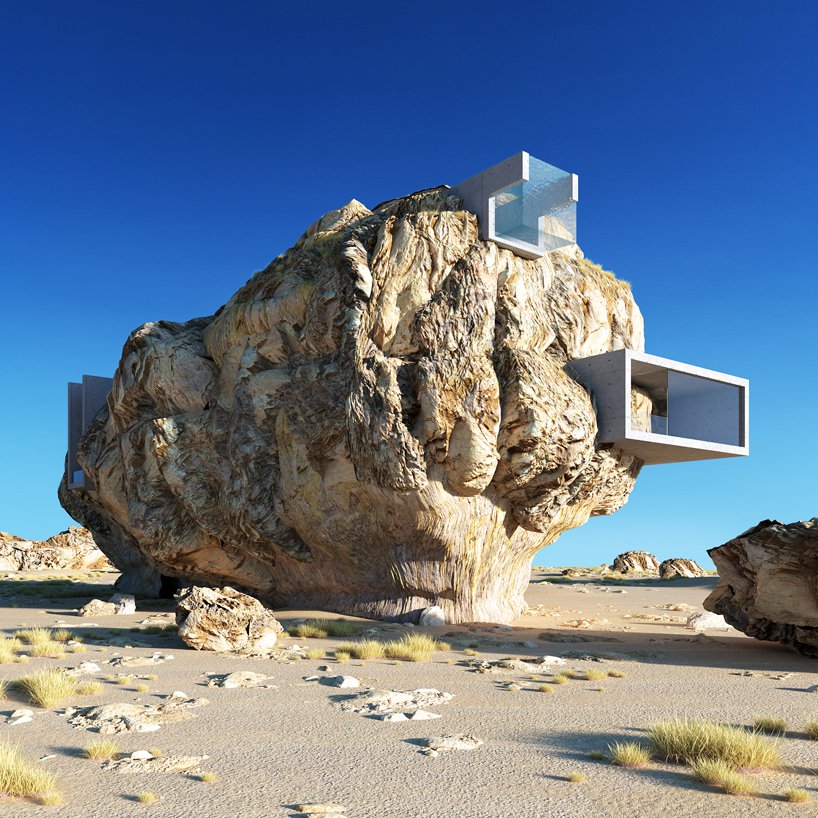 “Considering the visual complexity of the rocks at Madain Saleh, it was imperative to use simple planes and cubes in order to achieve a visual balance. I started out creating the rock in 3d software which in itself was a sculpting process. Later when inserting the house into this rock, I tried to keep its visual impact from eye level as minimum as possible and only when observed from a bird eye, the real extent of the intervention is revealed,” said Amey. 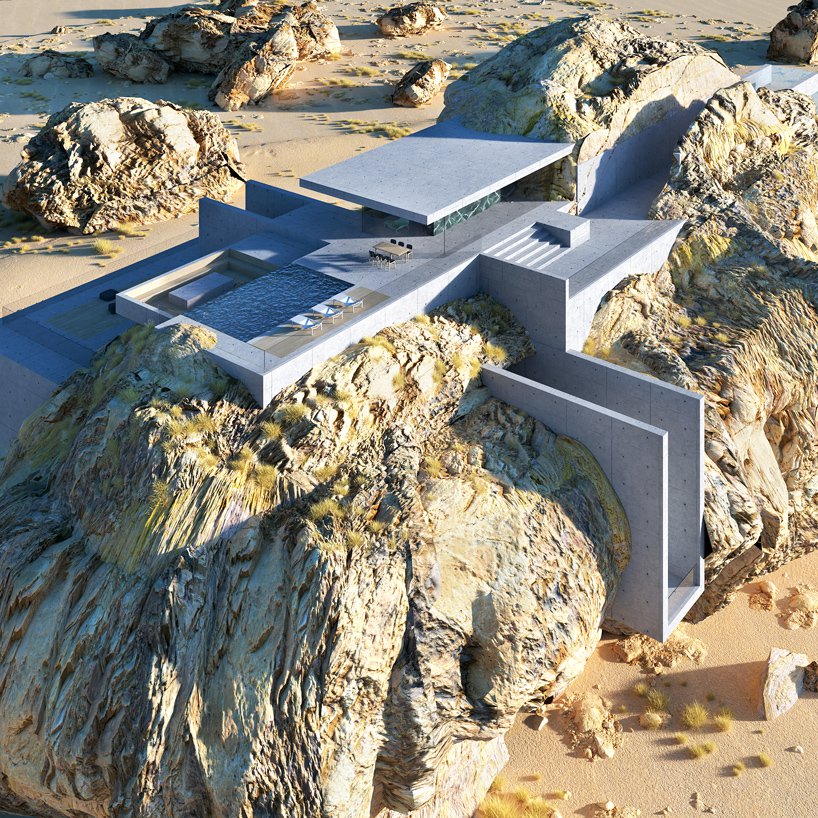 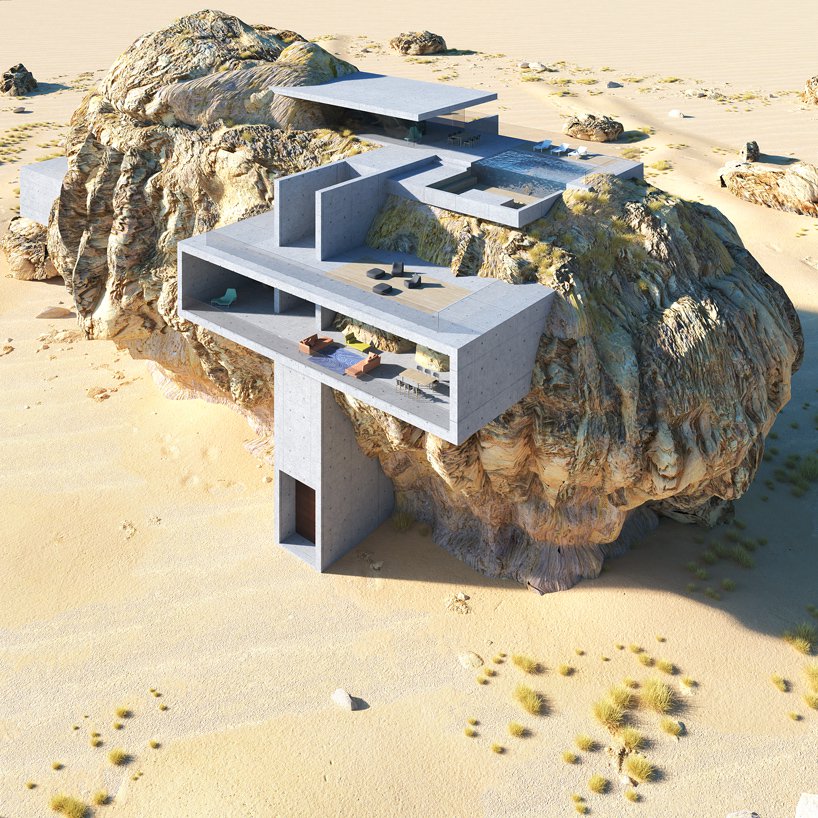