The Tesla Model X may not be as rugged as the Cybertruck, but that doesn’t mean you can’t install reinforced parts like a bulletproof Armormax windshield. However, there is only one way to test its durability, and that is by using a real live firearm. This person decided to do just that, and not only with an AK47, but also a .50 caliber BMG as well as an MP5 submachine gun.

In addition to just firing at the bulletproof windshield, there were many things that did not go as planned, such as accidentally firing a bullet into the front trunk and hitting an air conditioning line. Aside from those mishaps, things did go relatively well, and it’s safe to say that this Armormax product is definitely something you should consider for maximum safety. 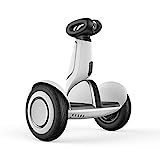