The Alfa Romeo 33 Stradale is a mid-engined sports car built by Italian car manufacturer Alfa Romeo, and only 18 examples were produced between 1967 and 1969. The prototype (chassis No. 10533.01) was sold to private Gallery Abarth, Japan. The second magnesium bodied Stradale prototype (chassis No. 10533.12) and the five concept cars are now part of the Alfa Romeo Museum. Automotive designer Patrick Pieplow has reimagined this vehicle as a modern electric supercar, one that can take on the Tesla Roadster. Continue reading for more pictures and information. 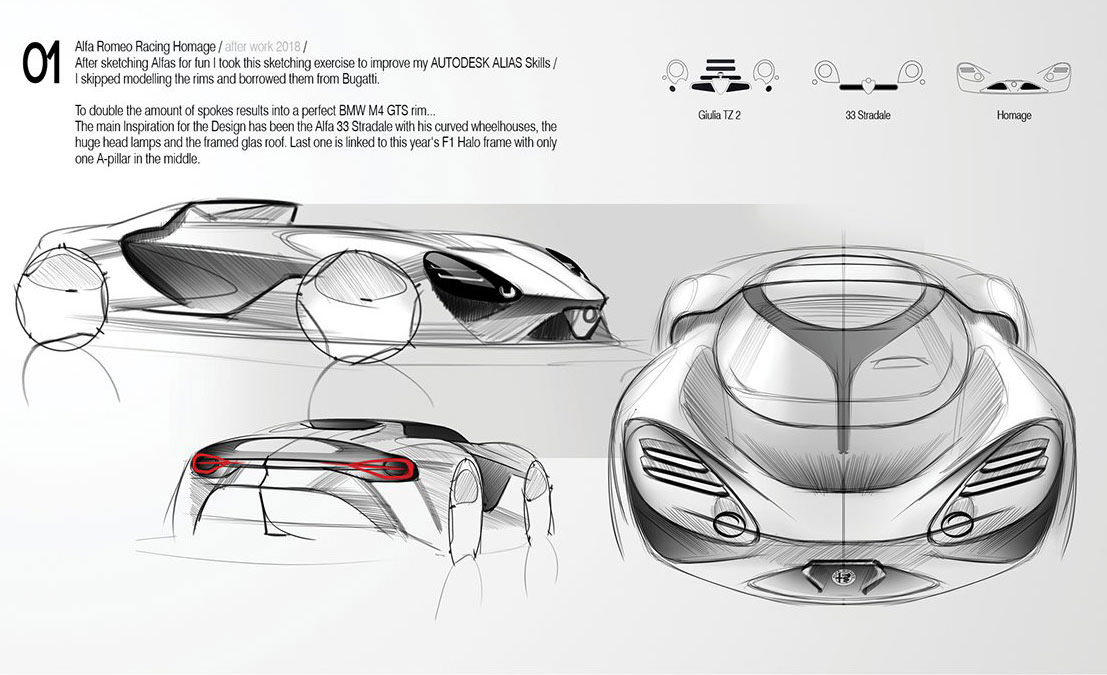 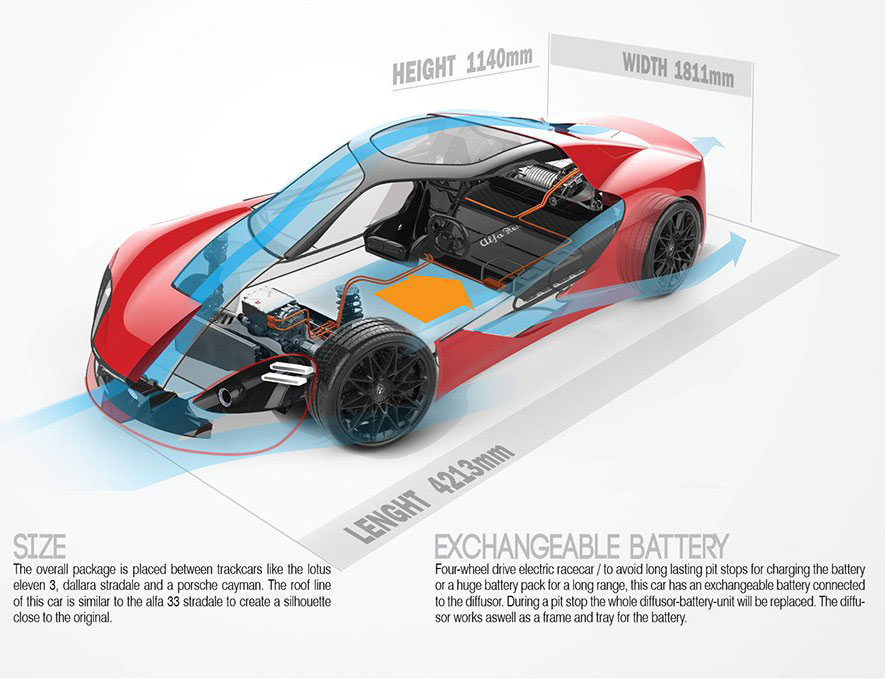 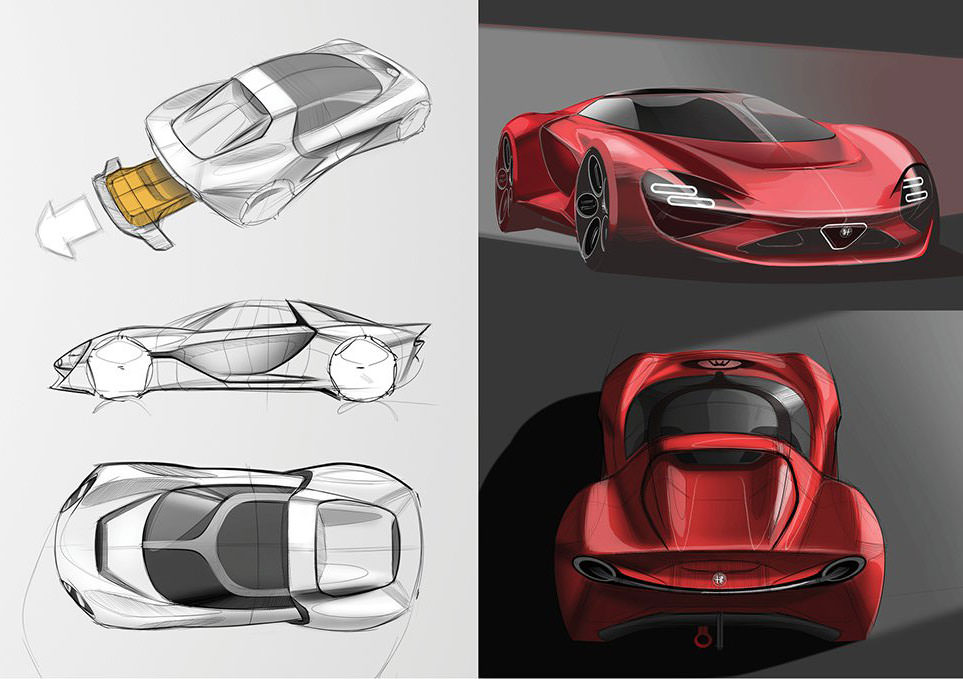 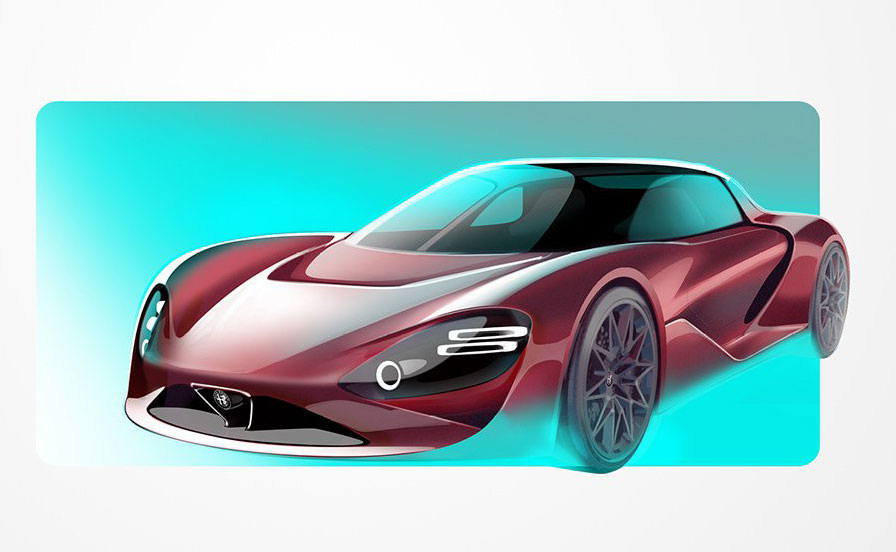 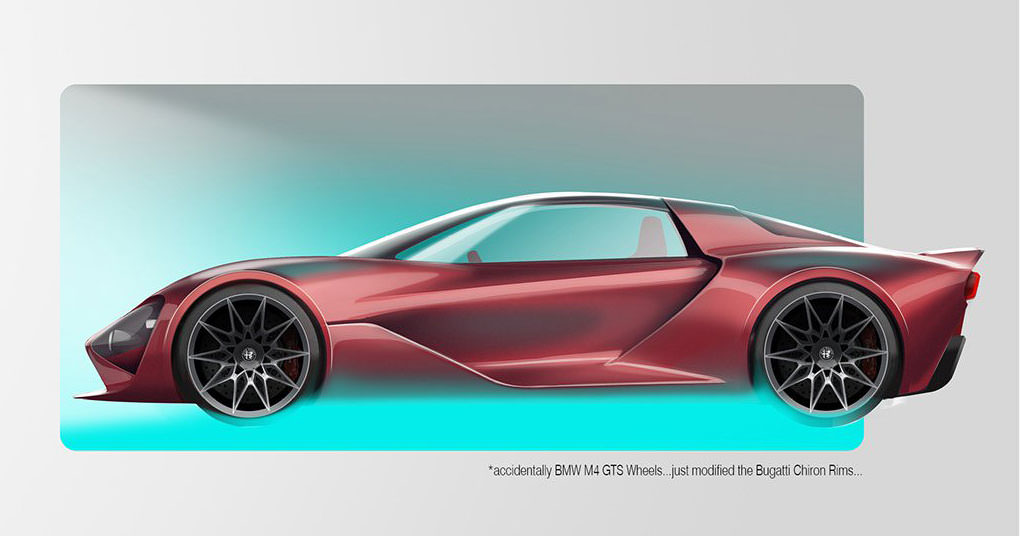 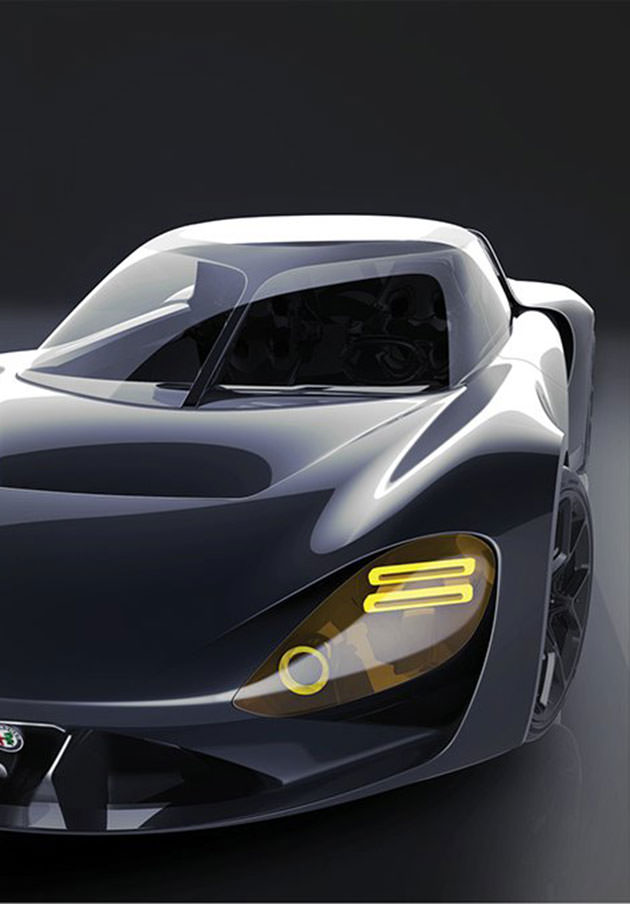 “The most obvious design commonality between Pieplow�s recreation and the original are the oversized headlights which dominate the front fascia. The lights feature racing-inspired yellow tint and sit directly above a pair of small air intakes. Despite the slim profile of the nose, Alfa Romeo’s customary triangle grille is featured,” according to Car Scoops.

This is What Happens When You Train Google’s DeepMind AI to Play an FPS, Like Quake 3