The all-new ARM Immortalis GPU is touted as the world’s first to offer hardware-based ray tracing support on mobile devices. Immortalis-G715 should be arriving on flagship smartphones in the near feature, complete with Variable Rate Shading, an improved Execution Engine, and 10-cores or more. This means that mobile games will have more realistic lighting and shadows, thanks to modeling the paths that individual light rays take around a scene.

Previously, ray tracing techniques used significant power, energy and area across mobile SoCs, but Immortalis-G715 only utilizes 4% of the shader core area, while delivering more than 300% performance improvements through the hardware acceleration. Variable Rate Shading is essentially a new graphics feature that provides significant energy savings and a performance boost through optimized rendering where it matters on graphics as well as visuals. Epic Games has already announced support for Immortalis-G715. Who knows? We may even see Super Mario 64 with ray tracing released on mobile devices sooner than later. 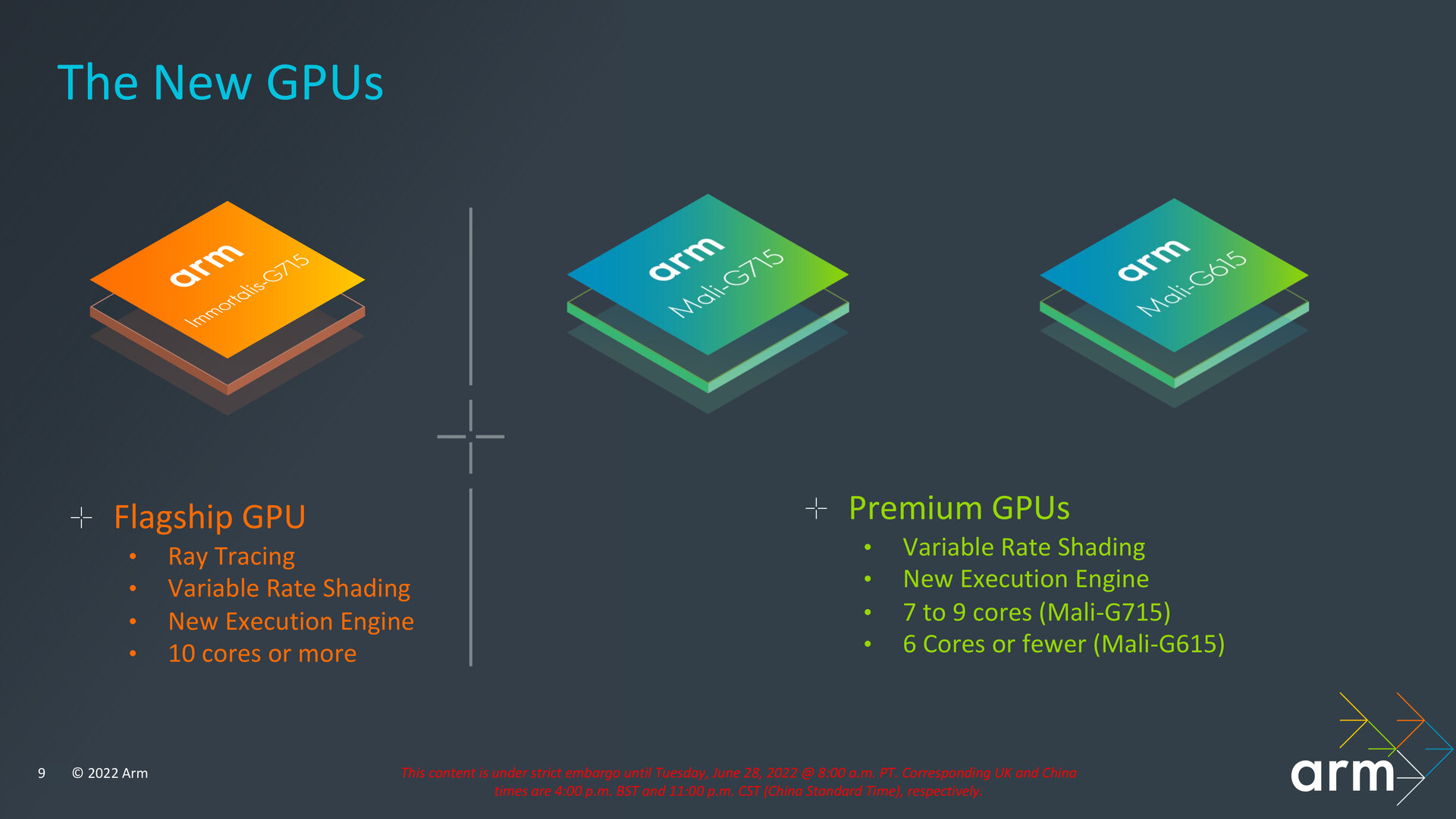 The new ARM GPUs have been designed with the future of gaming in mind. New complex and immersive AAA mobile gaming experiences will place increasing demands on mobile devices, with Immortalis-G715 designed to ensure that the best visual experiences live forever across future flagship smartphones. Moreover, a new range of graphics features across all the new ARM GPUs enable a paradigm shift in gaming content,” said the company.