Photo credit: Tobias Kempe/AUDI AG
The 2021 Audi E-Tron FE07 Formula E race car is sleeker and more efficient than ever, thanks to a new MGU05 motor-generator. This all-electric powertrain generates 335 horsepower that can be boosted to 382 horsepower in “attack mode,” which enables it to accelerate from 0-62 mph in 2.88 seconds, while topping out at 149 mph. The engineering team achieved an overall efficiency of over 95 percent for the powertrain and the new MGU inverter unit has an efficiency of even more than 97 percent in all relevant driving conditions. Read more for a video, additional pictures and information.

The MG05’s compact size combined with high performance is particularly impressive, especially when compared to an internal combustion engine that delivers a comparable power output of 250 kW. Audi’s efficiency is not only twice as high, but its weight of less than 77.2 pounds (35 kilograms) is also much lighter. 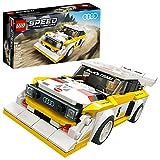 The Audi e-tron FE07 has an all-new electric powertrain that was developed in-house for the first time. While in recent years a continually optimized version of the powertrain, jointly developed with technology partner Schaeffler, was always used, work on the new MGU inverter unit for the coming world championship started from scratch. We went to the limits in all areas of this project,” said Stefan Aicher, Head of Development e-Drive at Audi Sport<./blockquote>