Microsoft co-founder Bill Gates has just commissioned a SINOT Aqua, the world’s first hydrogen-powered superyacht, which is reported to be worth $644 million. Measuring 112-meters long, it will be fully powered by liquid hydrogen, with its only product being water, complete with five luxurious decks. It has a reported top speed of 20 mph and it can travel nearly 3,750 nautical miles before needing to be refueled. Read more for a video, additional pictures and information.

There are two 28-ton, vacuum-isolated tanks designed to keep the liquid hydrogen stable at -423.4° F located behind strengthened glass for safety. They can split off power at up to 4 MW, powering two 1-MW electric propulsion motors and two 300-kW bow thrusters for tighter maneuvering, while a 1.5-MWh battery pack acts as a buffer, providing instant access to power and running the ship’s electrics, charged by the fuel cell. 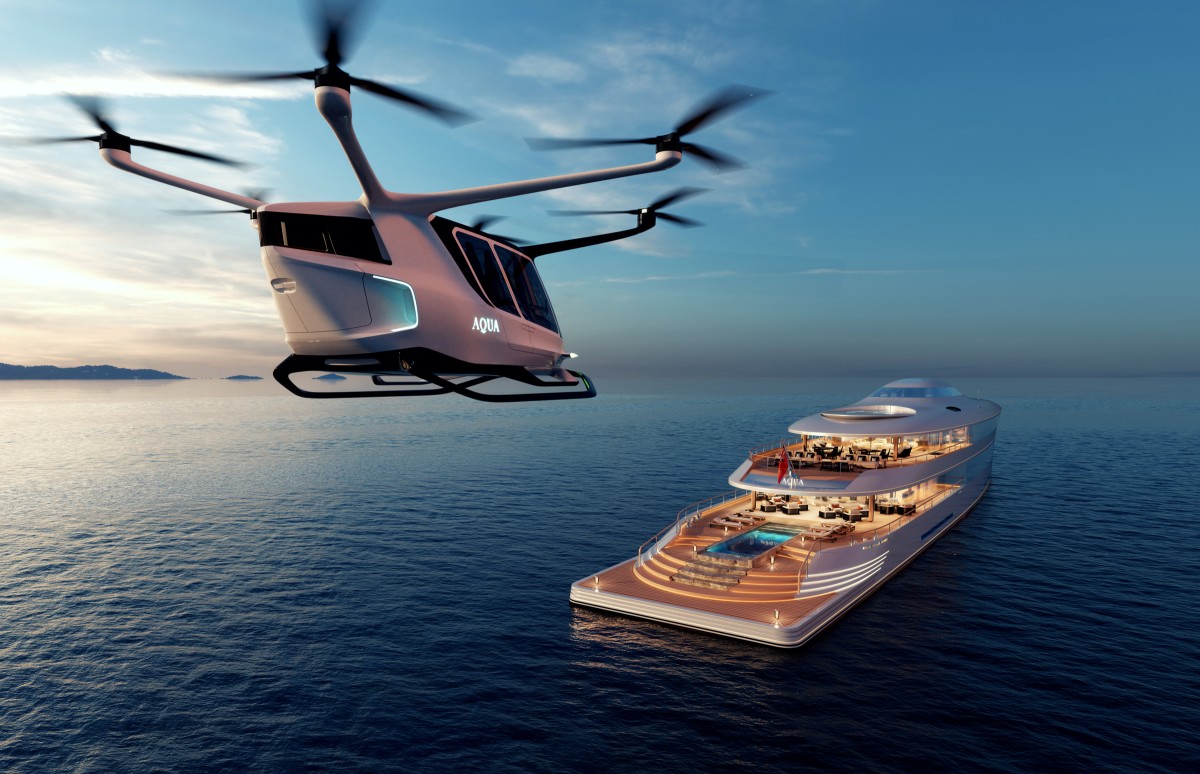 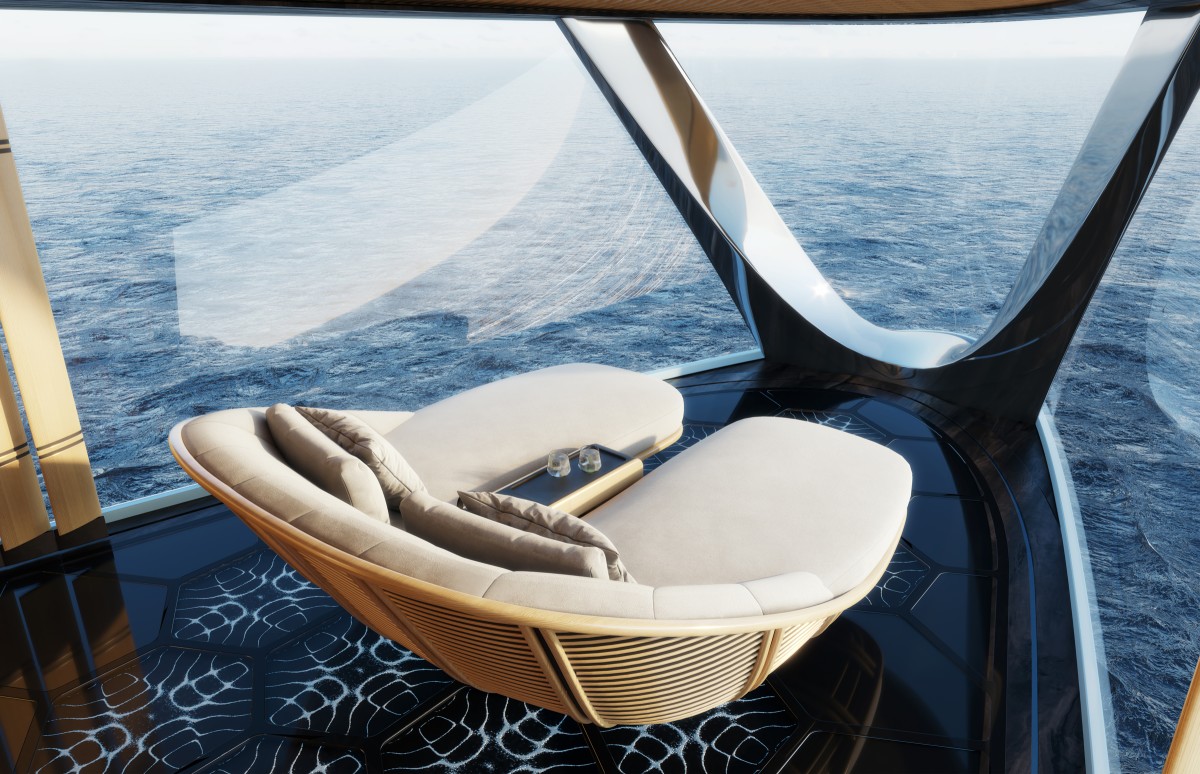 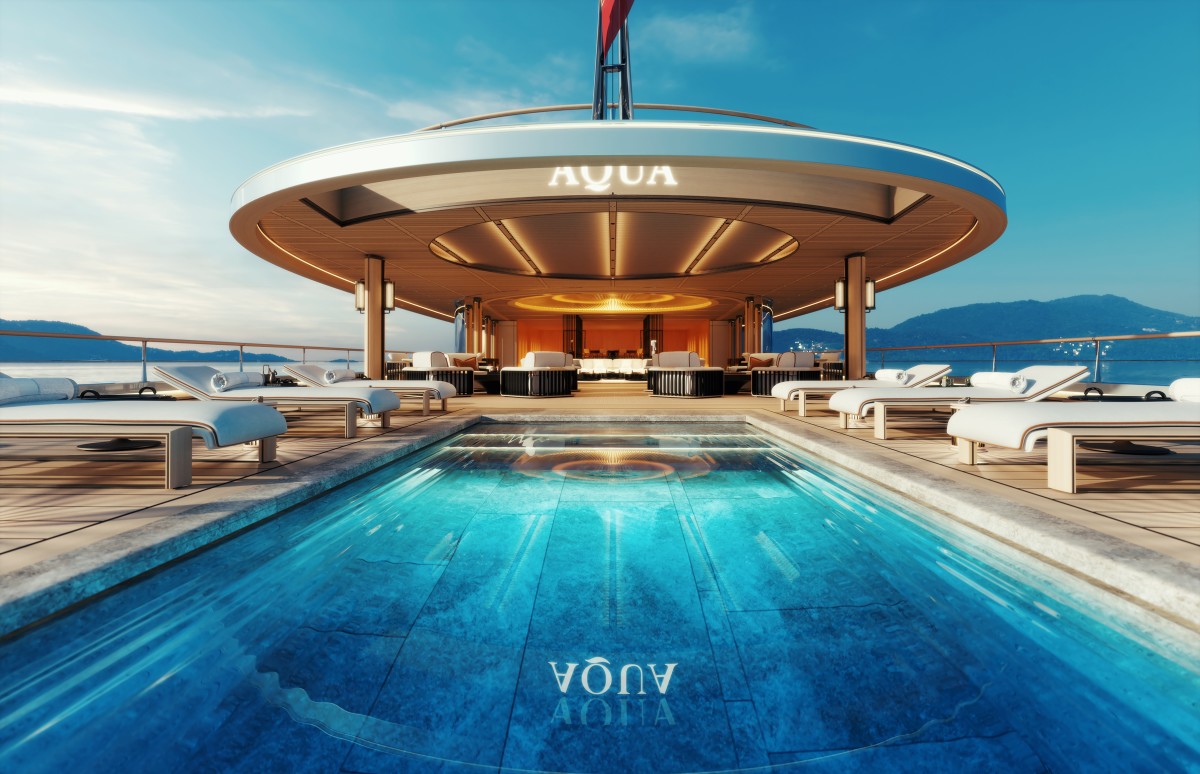 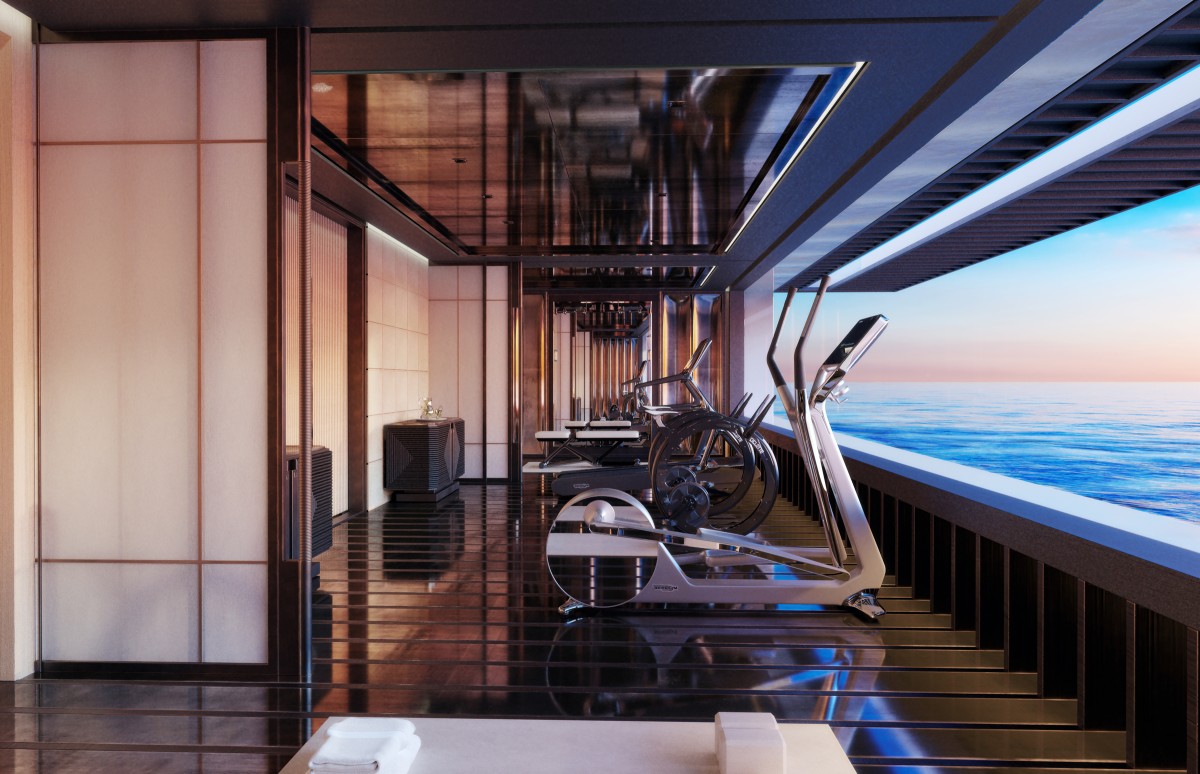 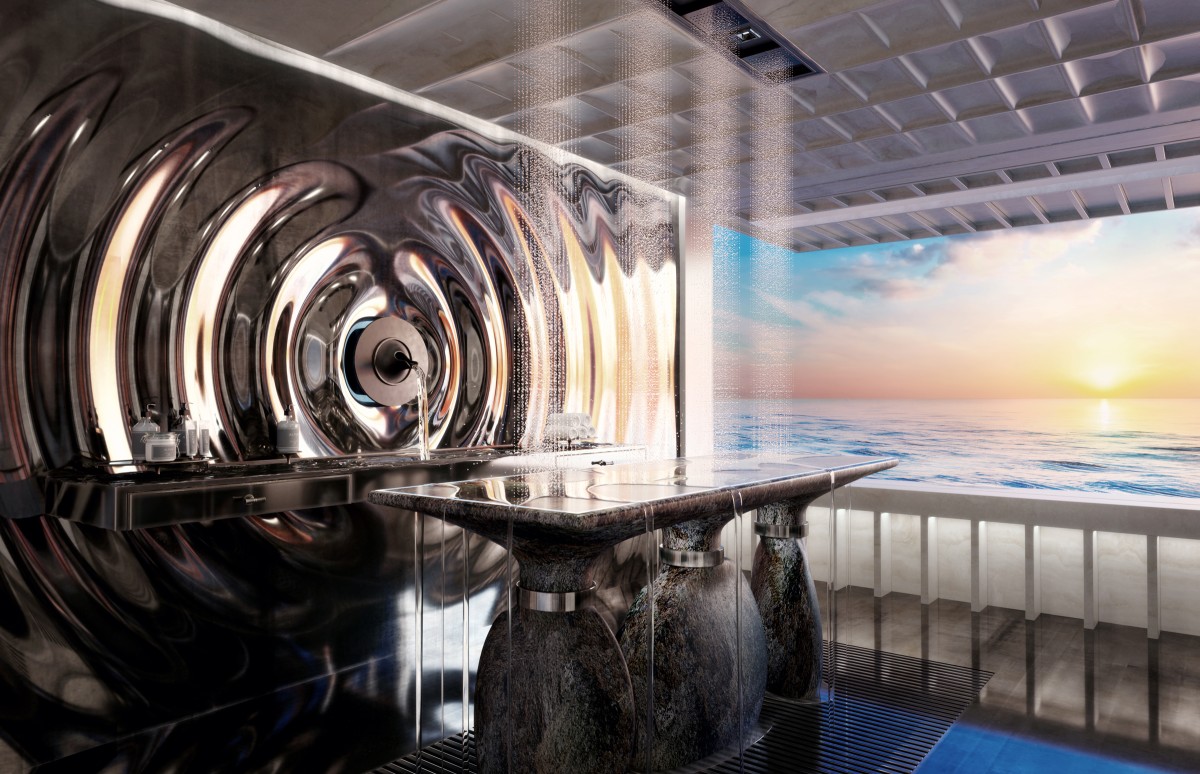 As for features, there’s a mini-waterfall cascading down from the deck pool over stone steps, and a stunning “bow observatory” right up front, where two can comfortably lounge as they gaze through the large panoramic windows. In case of emergency, there’s a helipad, where a hydrogen-powered eVTOL passenger drone, such as the Alakai Skai can quickly transfer you to dry land. 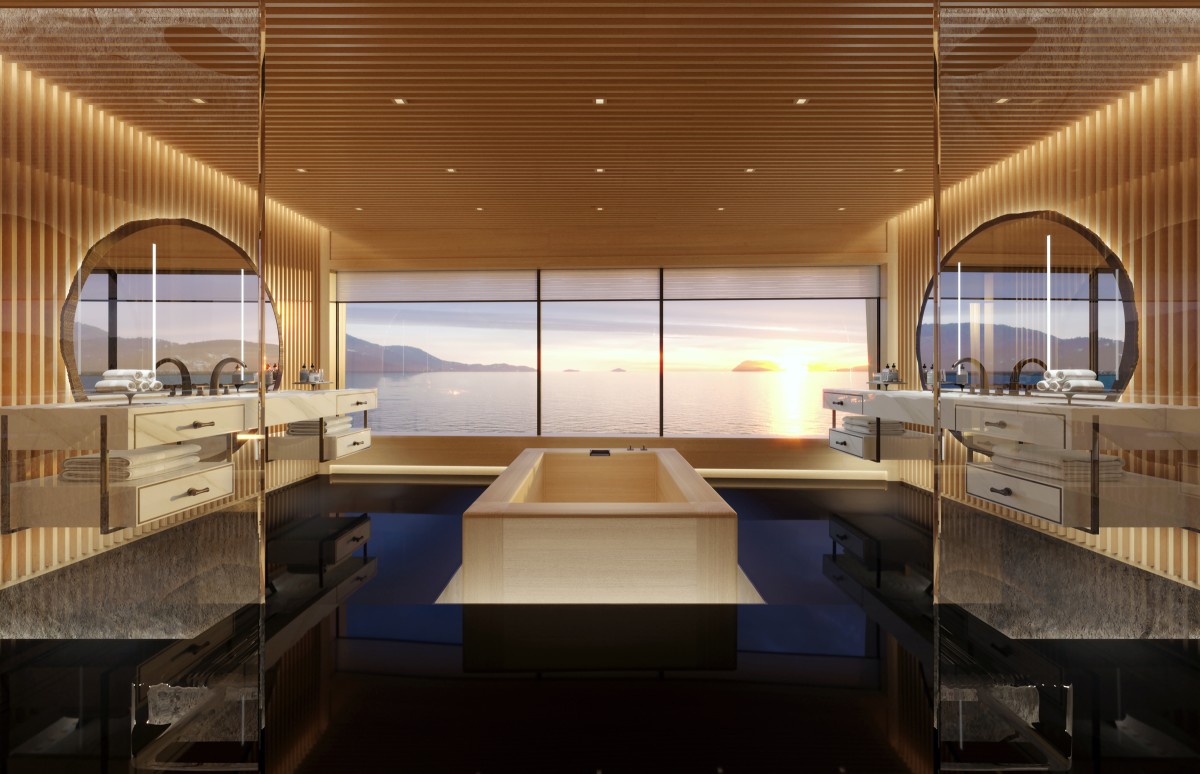 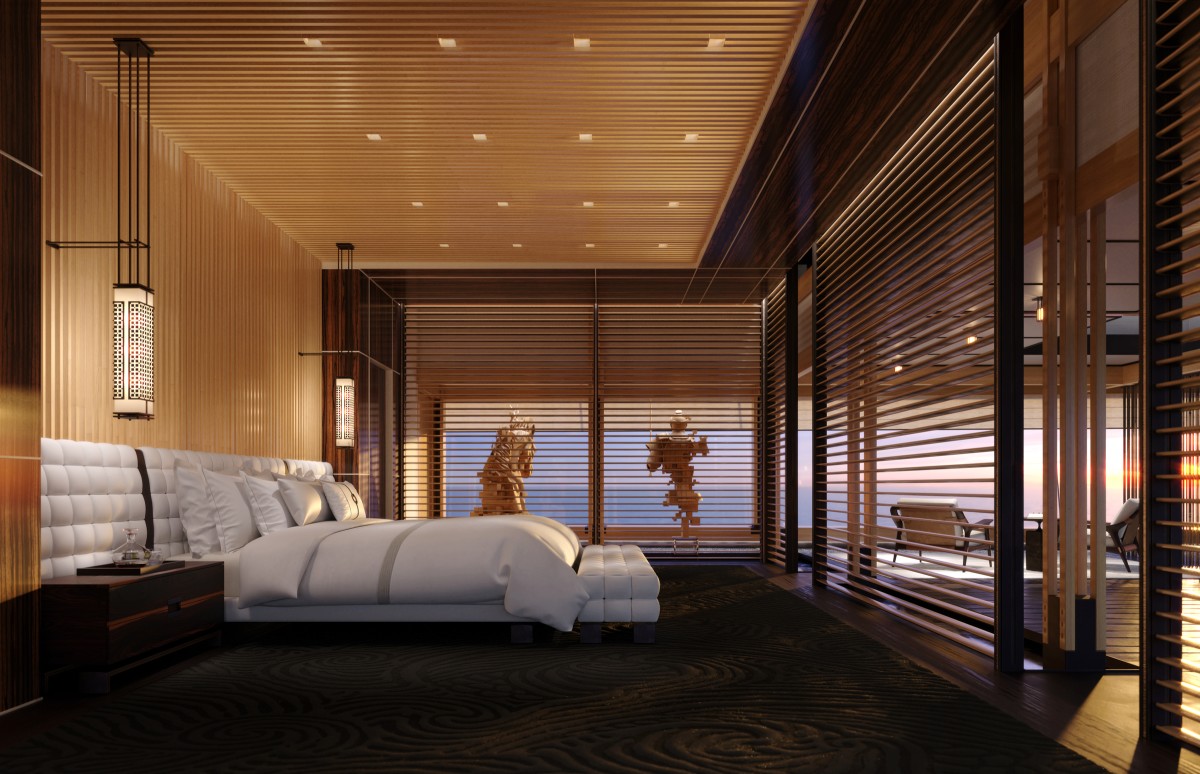 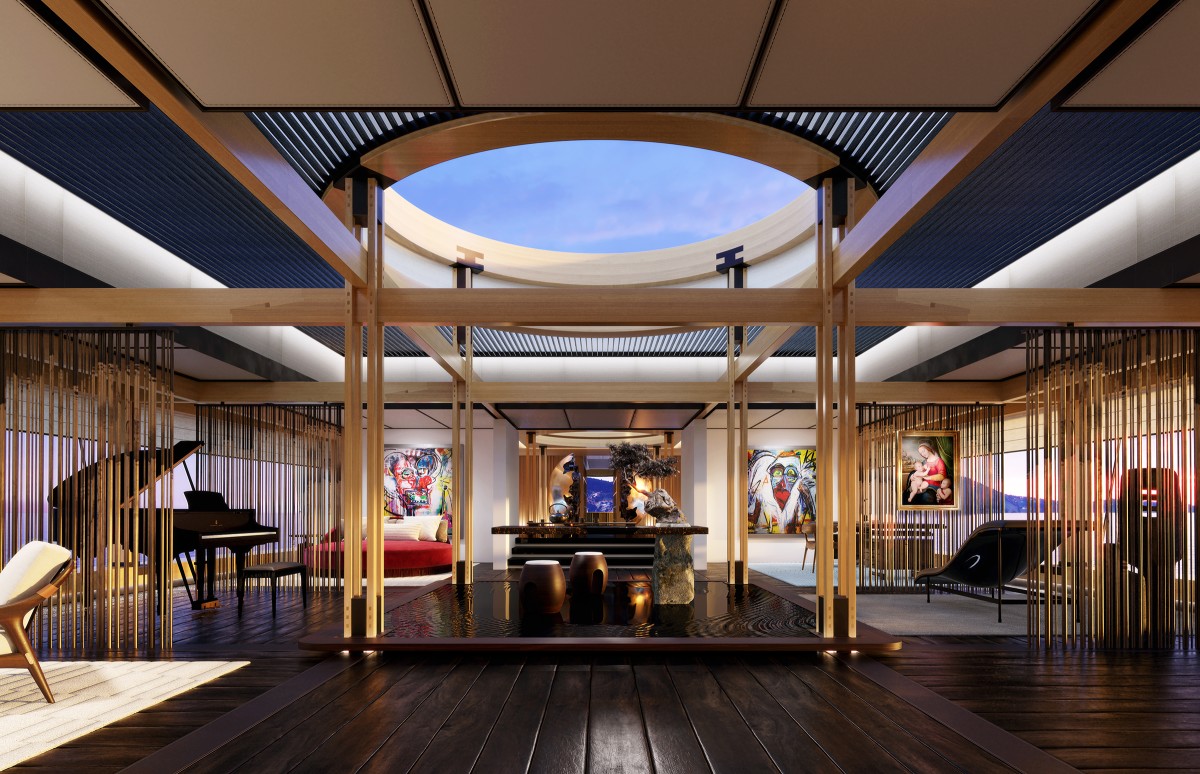 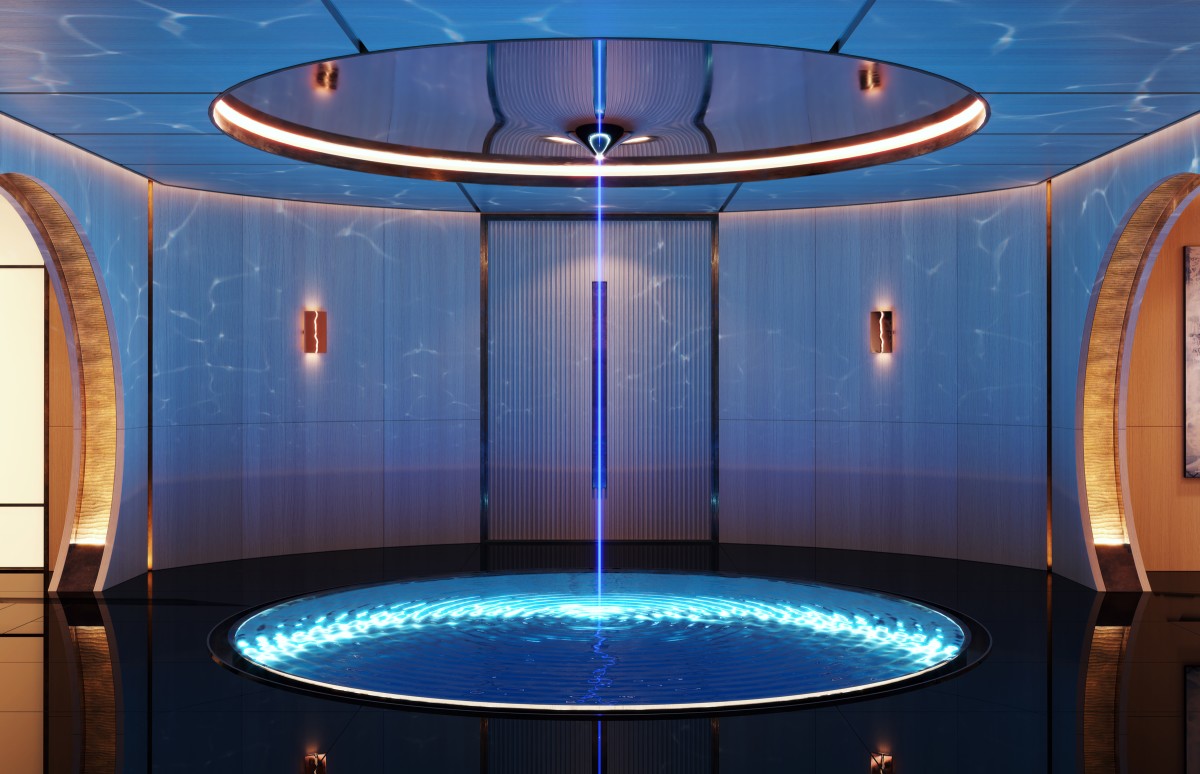 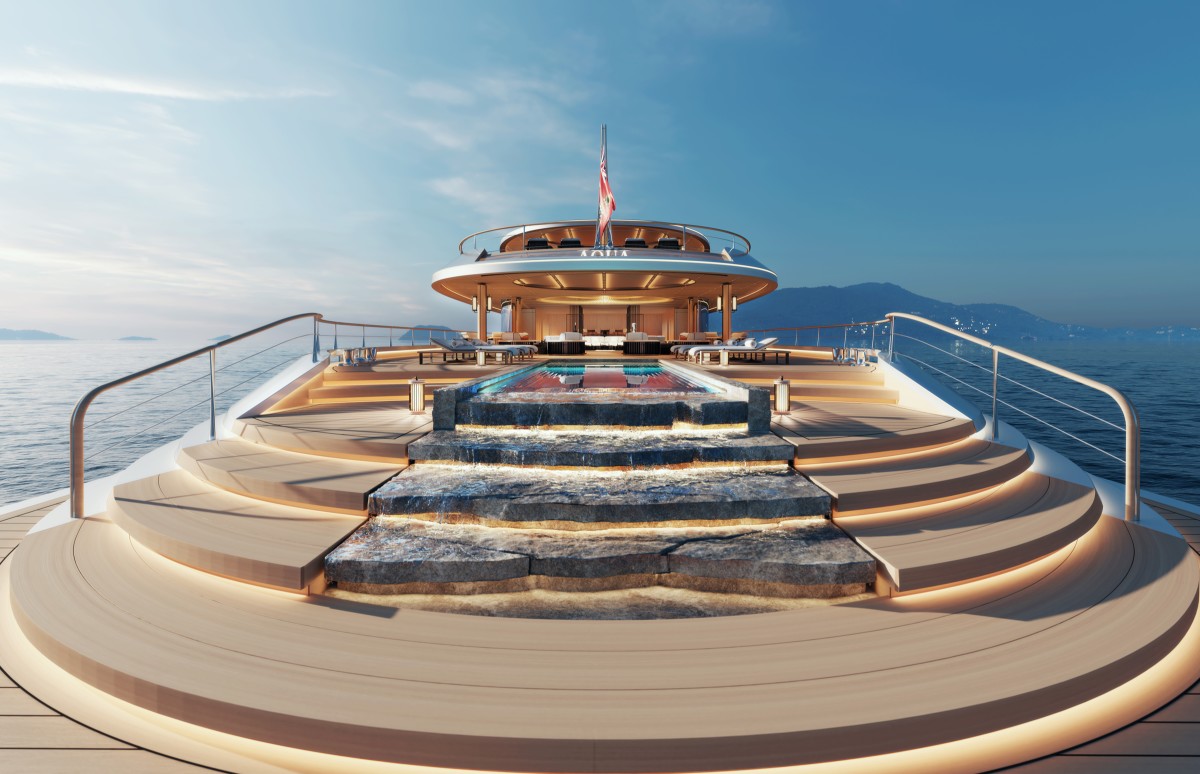 There are many Japanese-influences on the interior design work and furnishings. It made its debut in model form at the Monaco Yacht Show last year, and apparently, impressed Bill Gates enough to make him the first to purchase one.