Limited to just 400-units worldwide, the Casio G-Shock MRG-B2000SH Shougeki-Maru watch draws inspiration from the traditional kabuto (helmet) worn by Japanese samurai. The watch was modeled after Shougeki-Maru, an original kabuto piece that was commissioned for MR-G, resembling what Japanese samurai wore when heading into battle. Each bezel is individually hand-carved by metalsmith Masao Kobayashi with an image of a dragon climbing to the heavens. Read more for a video and additional information.

Upon closer inspection, you’ll see that the surface of the bezel, and band, simulates the tetsu sabiji (rusted steel) finishing technique used on the Shougeki-Maru kabuto helmet. This was accomplished through the use of special dies based on the sand dies by casting artisan Masanao Kikuchi. The bezel and band were also finished with layers of brown and blue ion plating (IP) to create the rugged look of rusted steel, giving it a unique textured finish. Plus, it even pairs with a smartphone via Bluetooth and receives radio wave time-calibration signals, automatically correcting the time upon arriving in whatever time zone you’re in, without having to manually set anything. One caveat: it’ll set you back a cool $9,720 USD. 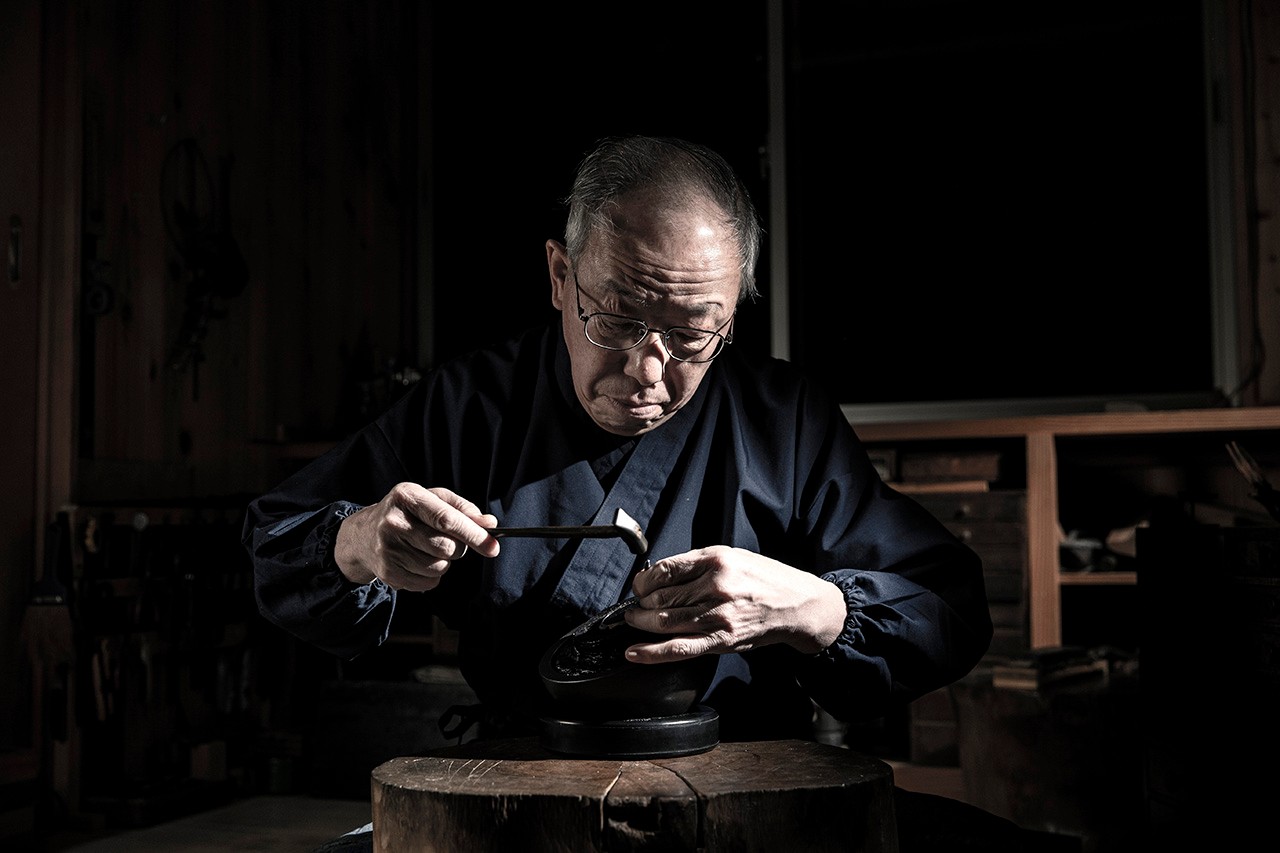