Castlevania: Symphony of the Night is a platform-adventure action role-playing game that was originally released by Konami in 1997 for the PlayStation, but today, it has hit both iOS and Android platforms. At $2.99 without any in-app purchases, this updated game comes complete with a new “continue” feature, Bluetooth controller support, achievements, and has English / Japanese / German / French / Italian / Spanish language options. Read more for a gameplay video and additional information.

Konami touts the mobile version a direct port of the PlayStation original, but once you start playing, you’ll see that it more resembles the PSP and PS4 ports first seen in Castlevania: The Dracula X Chronicles. One reason is because this version doesn’t use the same voice acting or dialogue as the original. Download it here now. 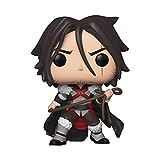 Aston Martin V12 Speedster is Not a Concept, Will Go Into Production and Cost $950K