Photo credit: PS2FishTank
Sony’s PlayStation 2 (PS2) home video game console was first released in 2000 and competed with Sega’s Dreamcast, Nintendo’s GameCube and Microsoft’s Xbox in the sixth generation of video game consoles. It’s currently the best-selling video game console of all time, with over 155 million units sold, and more than 3,874 game titles released since launch. So, it would only be fitting for a fan to create the world’s first and only PlayStation 2-inspired aquarium, right? That’s exactly what we have here, and this is just stage one, as the next one would involve turning it into a Raspberry Pi machine that anyone can access. Read more for additional pictures and information. 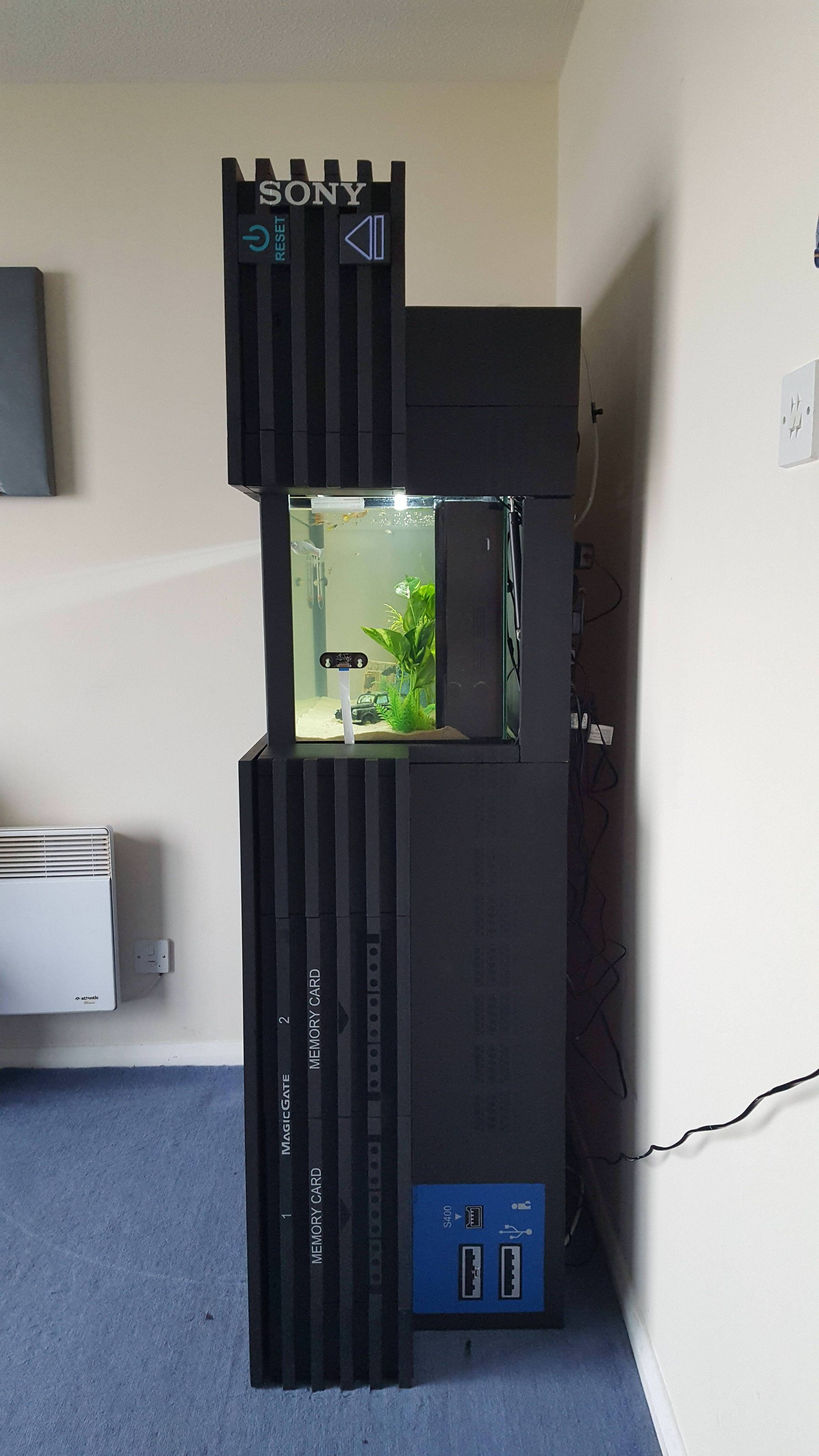 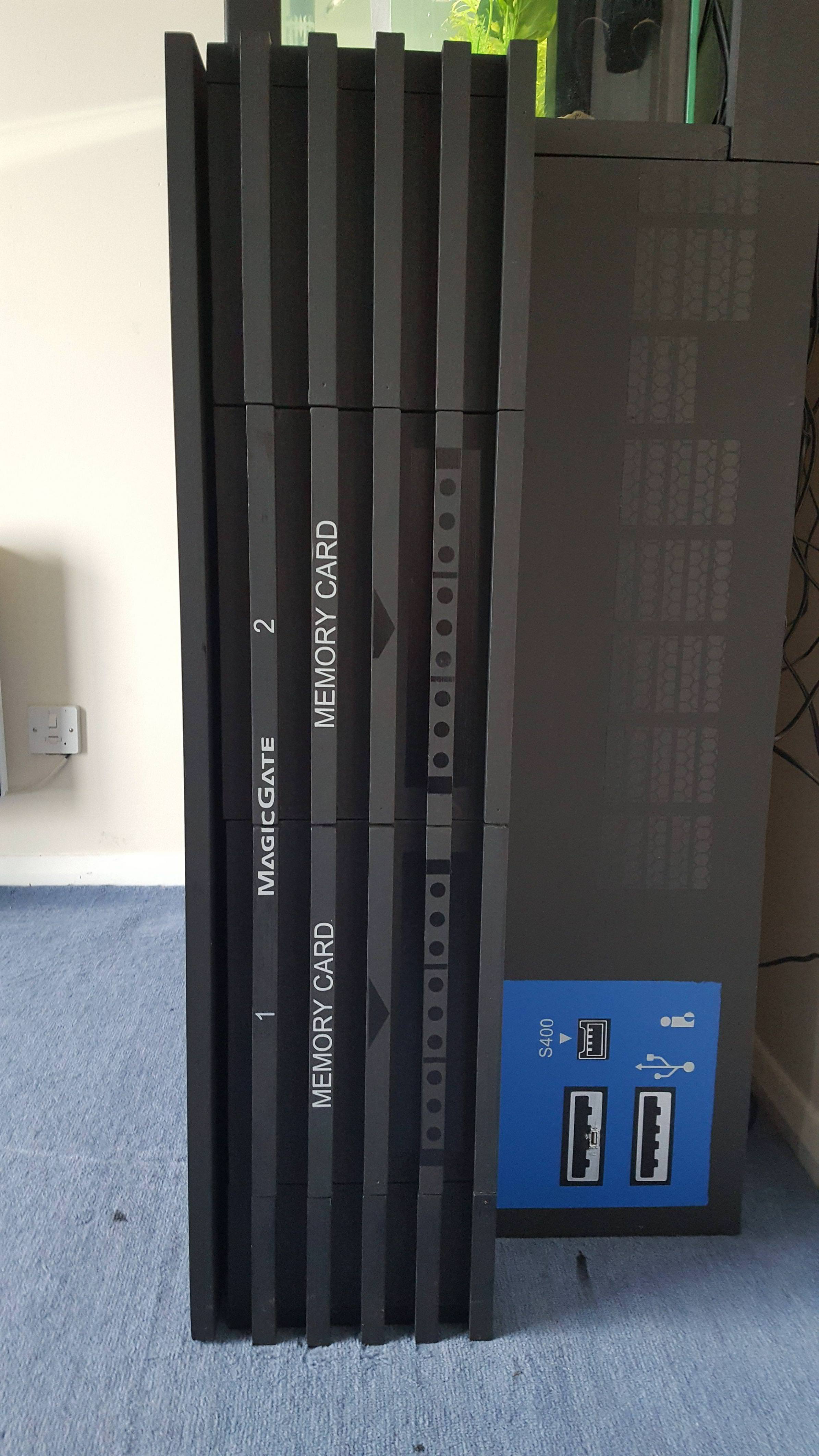 “So far, I have built the aquarium… but now I plan to integrate a Raspberry Pi / Arduino sensor system, and make a web based user interface that anyone can access. I’m learning as I go, so please be patient,” said its creator. 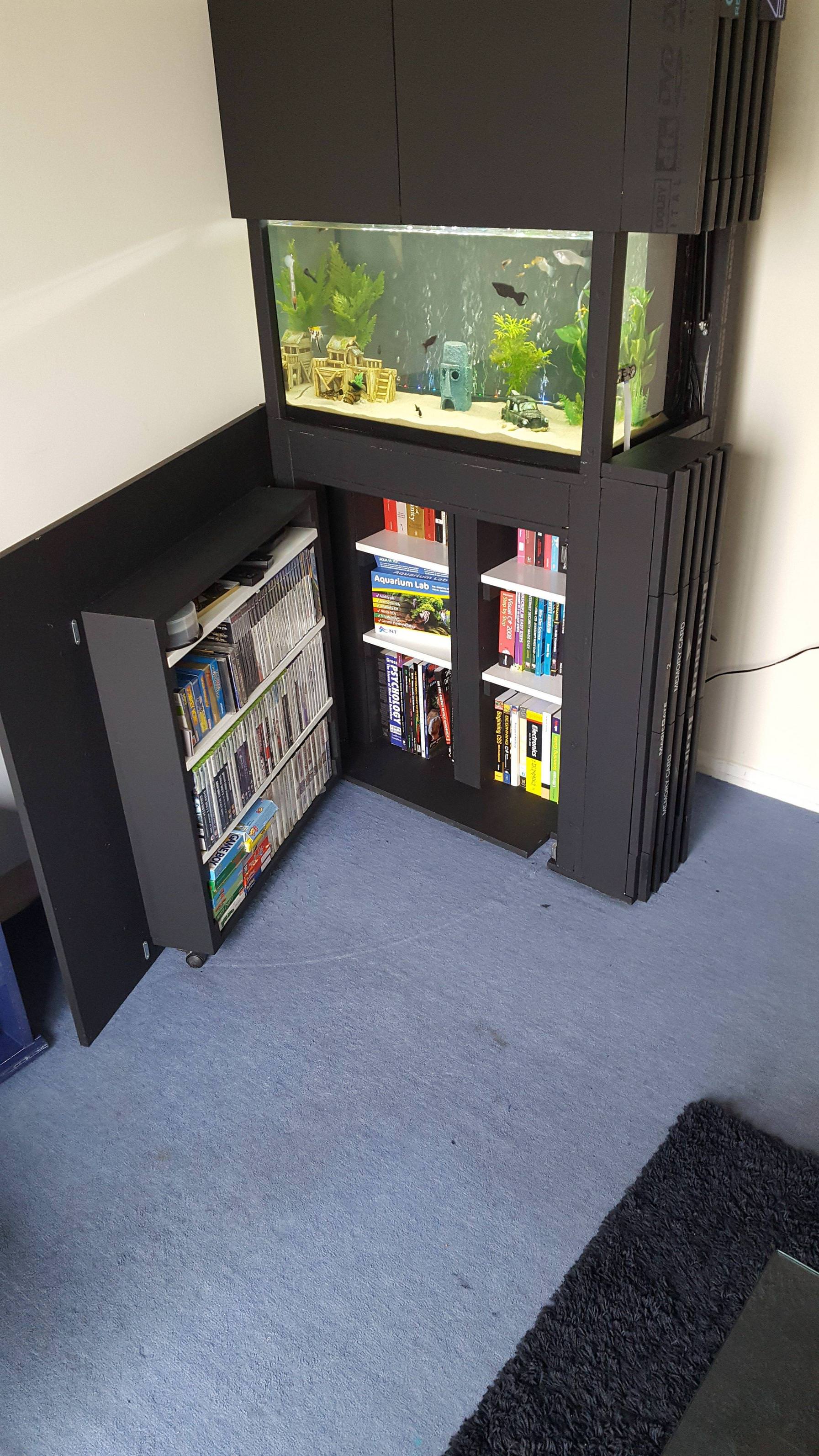 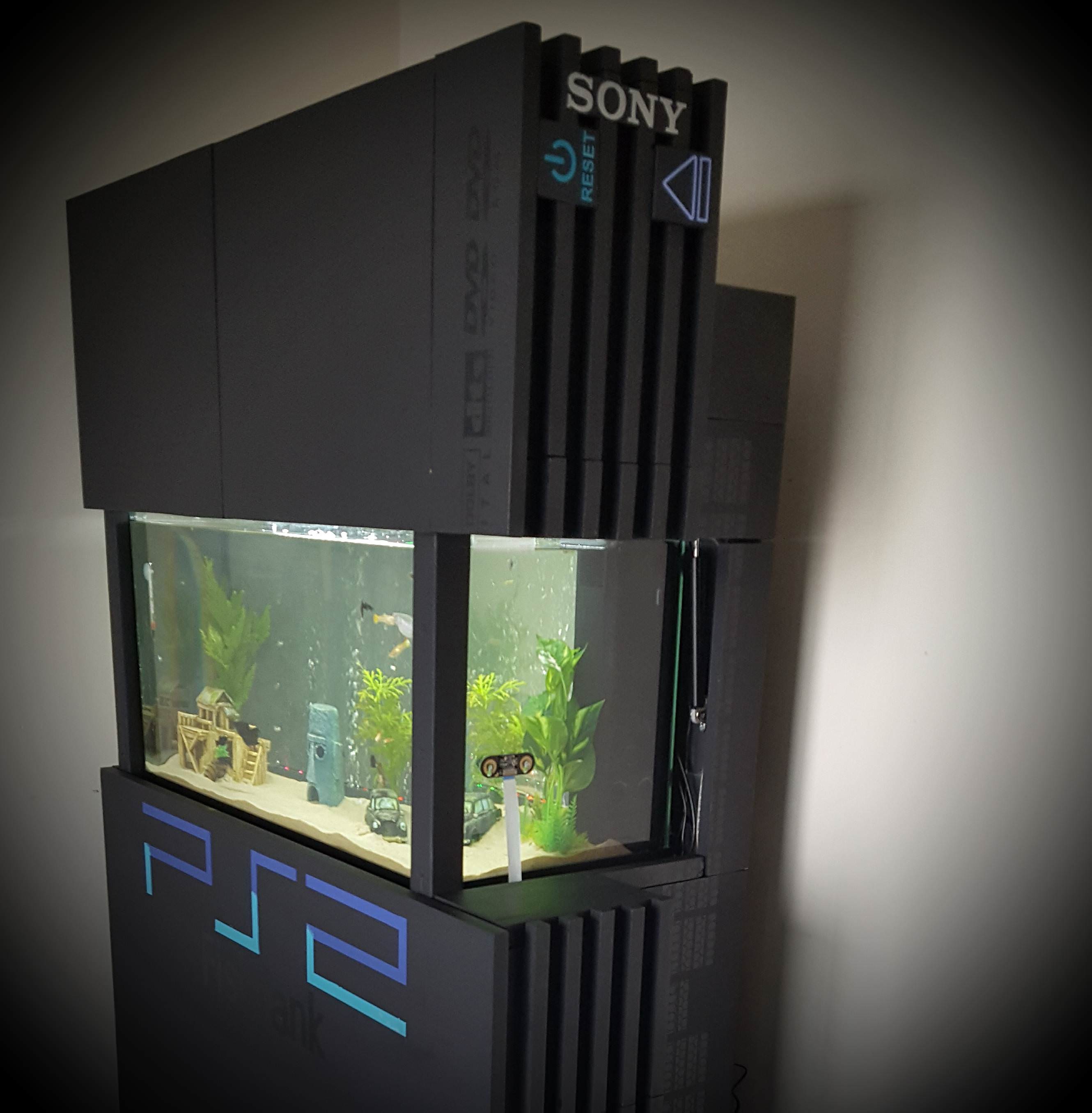