Hans Zimmer was not available to score this film due to this commitment on the upcoming Dune movie, so he recommended friend Ludwig Göransson to Christopher Nolan. On a related note, Jennifer Lame edited the film, replacing Lee Smith, who has worked on several of Nolan’s previous films. The visual effects were undertaken by DNEG (Double Negative), a British motion picture VFX / computer animation / stereo conversion company that was founded in 1998 in London 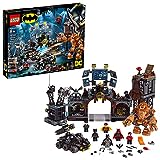