Clocky is perfect for accidentally oversleeping when daylight saving time ends in the United States, Canada and Mexico’s northern border cities on Sunday, November 1. It functions as a normal alarm clock, but moves on its own power when the snooze button is pressed a second time, rolling away from wherever you placed the device. There’s a built-in microprocessor that randomizes its speed in unpredictable directions, and around obstacles, using a different route each time, so you’ll be forced to hop out of bed to turn it off. Product page. Read more for a hands-on video review and additional information.

Its rugged wheels on shock absorbers extend beyond the top of the clock to protect it from impact should it roll off a nightstand or shelf. When the alarm sounds again after snooze is pressed for a second time, Clocky in a place unknown to the user, who is forced to determine where it is, and walk to that location to shut the alarm off. 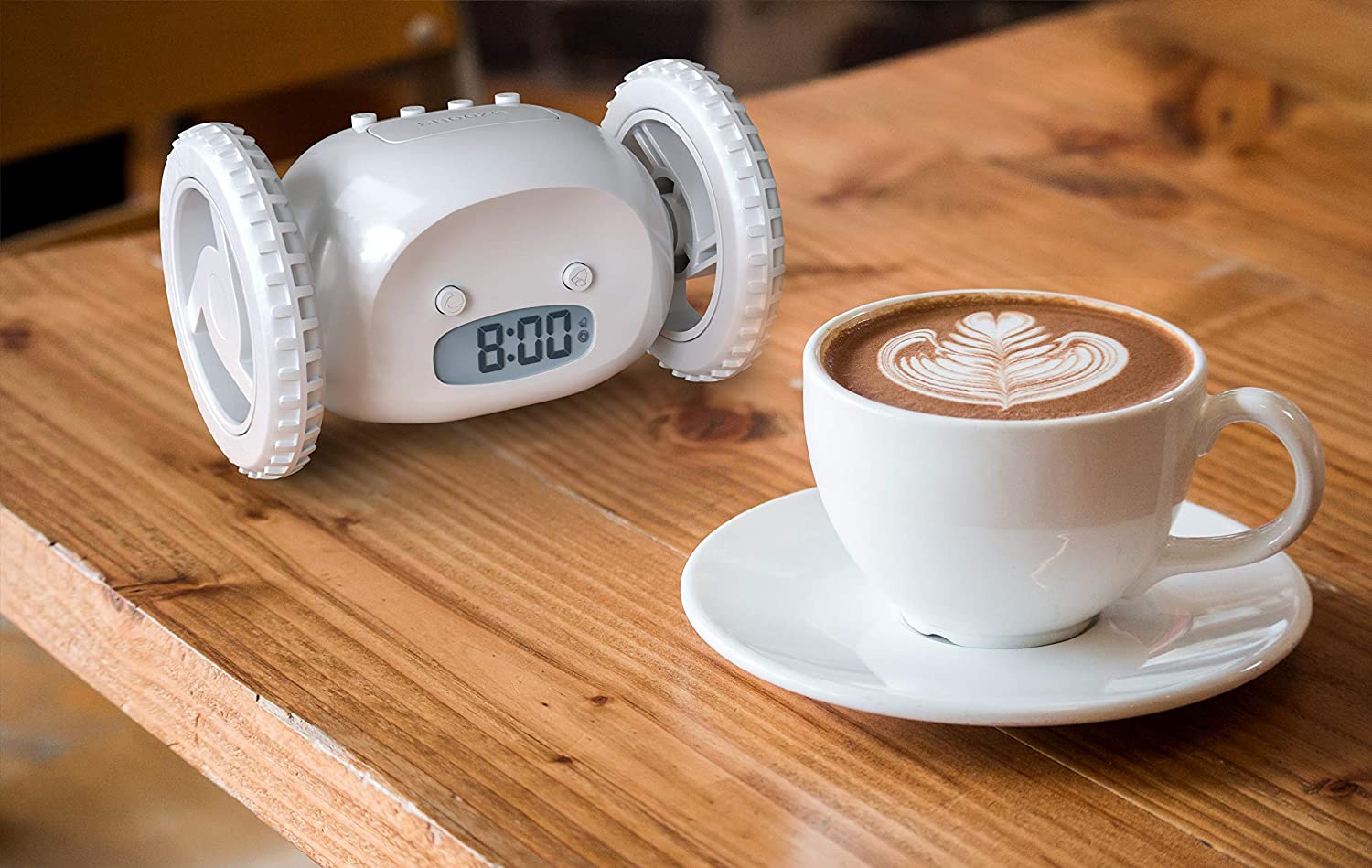