Photo credit: Roland Quandt / WinFuture
WinFuture managed to get their hands on the first images of the Xbox One S All Digital, and it’s exactly as it sounds…. an Xbox One S minus the Blu-ray drive and equipped with a 1TB hard drive as well as preinstalled copies of Forza Horizon 3, Minecraft and Sea of Thieves. There’s no official release or pricing information available yet, but it could be revealed as early as April 16th and priced around $260. Read more for a video, additional pictures and information.

“While we wouldn’t be surprised if pricing changes for elsewhere in the world, that could represent a significant discount over the standard One S’ pricing (before discounts, that is) even if you don’t factor in the games. That kind of savings would make sense. The Xbox One S All Digital is believed to represent an experiment of sorts as Microsoft prepares for the next-generation Xbox line,” reports Engadget. 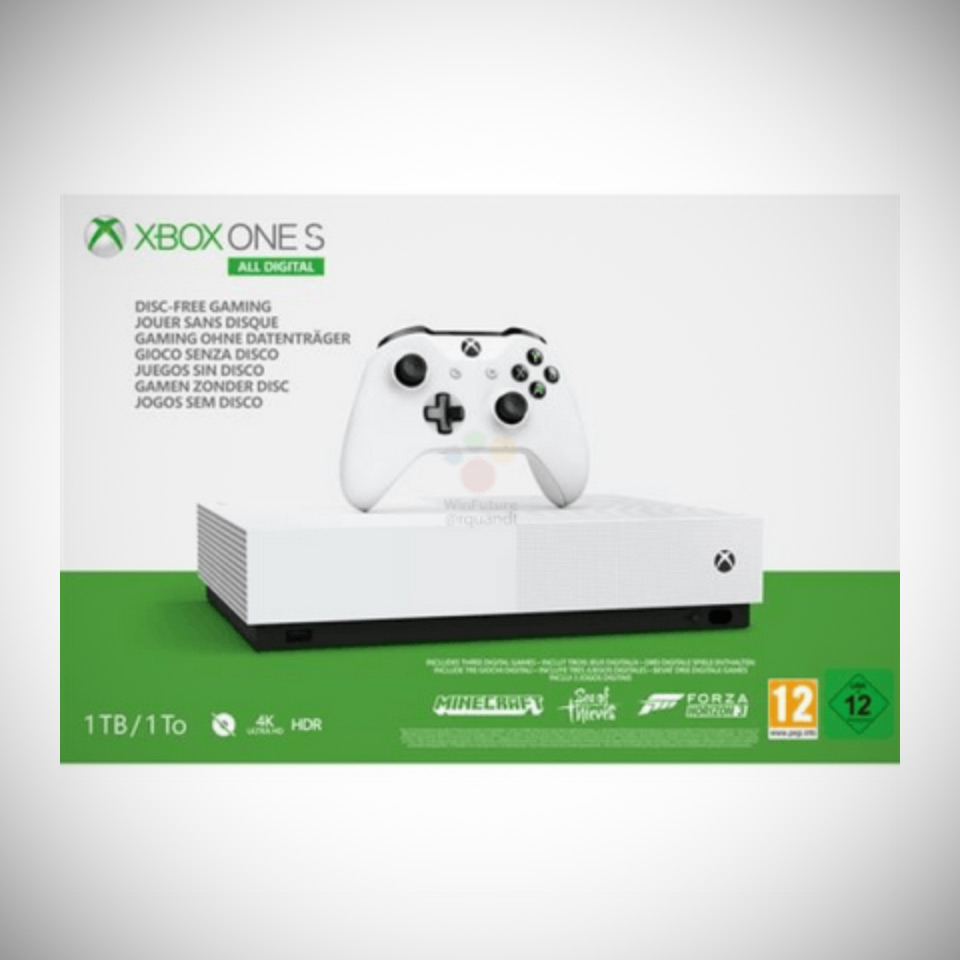 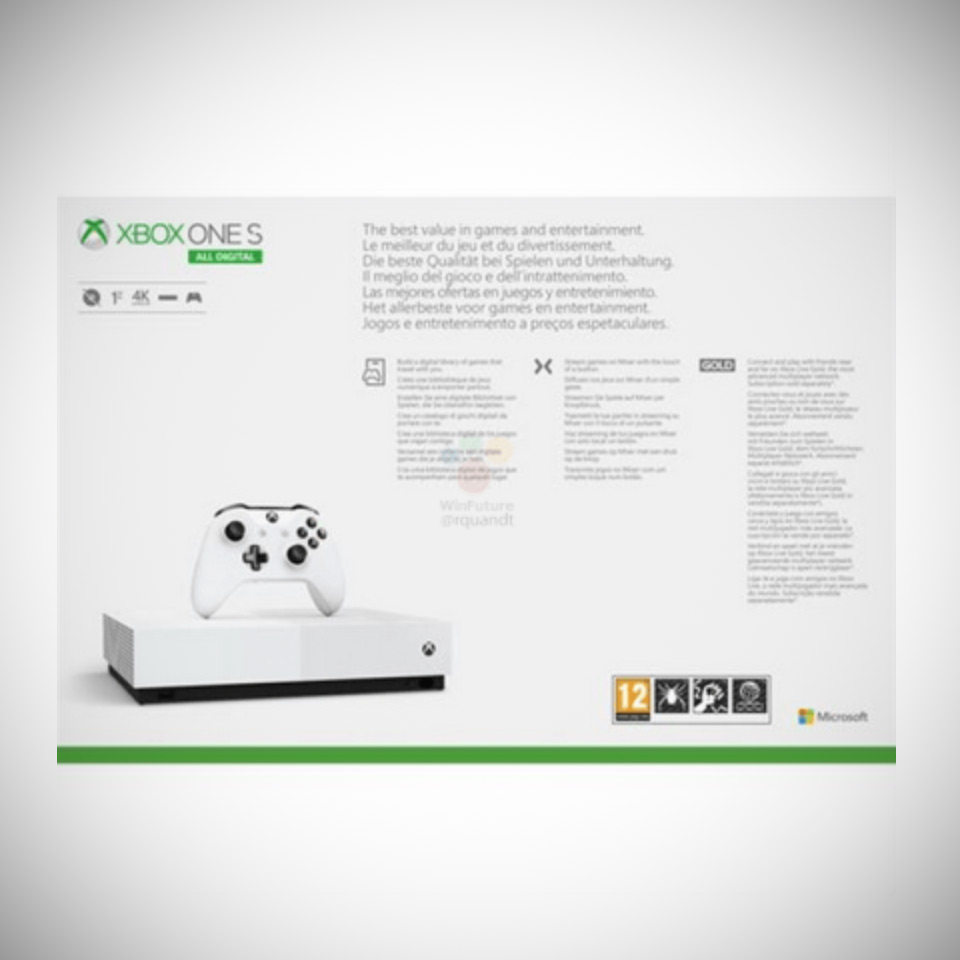