With a red tide here to say in Southern California’s coastline, there’s a regularly occurring nightly display of bioluminescence, but this past Thursday might have been the greatest show yet. A photographer managed to capture a pod of neon blue dolphins gliding through the tide in Newport Beach. These creatures were swimming alongside crews with Newport Coastal Adventure, a whale watching company in Newport Beach. Read more for a video and additional information.

As the boat gradually speeds across the water creating its own glowing display, the animals seemingly dance below the waves, creating bioluminescent streaks in the process. This neon glow is created by algae blooms, known as red tides, filled with phytoplankton called “dinoflagellates,” in which the organisms react with bioluminescence when jostled by the moving water. 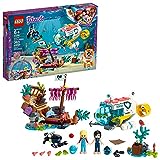