Photo credit: Lets Go Digital
Samsung may have a dual-folding Galaxy smartphone in the works, as revealed by their patent filing, and it’s quite similar to the Xiaomi model that was shown earlier this year. Featuring a large flexible screen that can fold twice, as in once expanded, there’s a tablet-sized display, but when folded, the screen remains on the outside. You basically curl the screen around the housing, so that the entire device consists of a display, both the front and rear. Read more for additional pictures and information. 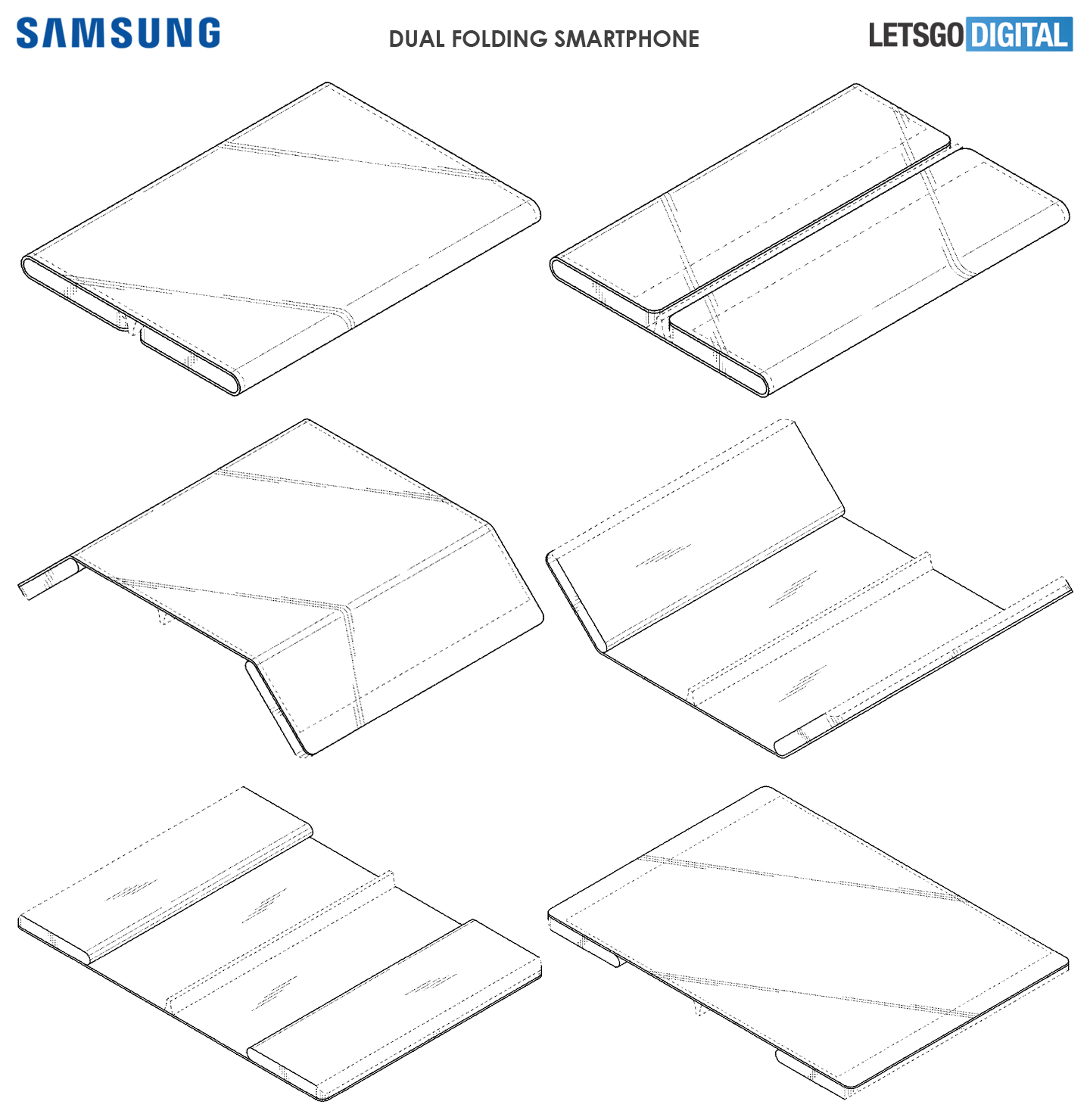 “Remarkably, the two parts that you fold are considerably thicker than the middle part. All components will undoubtedly be incorporated in this, these parts will therefore probably be heavier. To prevent the display from bending when you use the entire screen, Samsung has placed a support in the middle, along the entire axis of the screen. In the folded position, the support falls nicely between the two display parts,” reports Lets Go Digital. 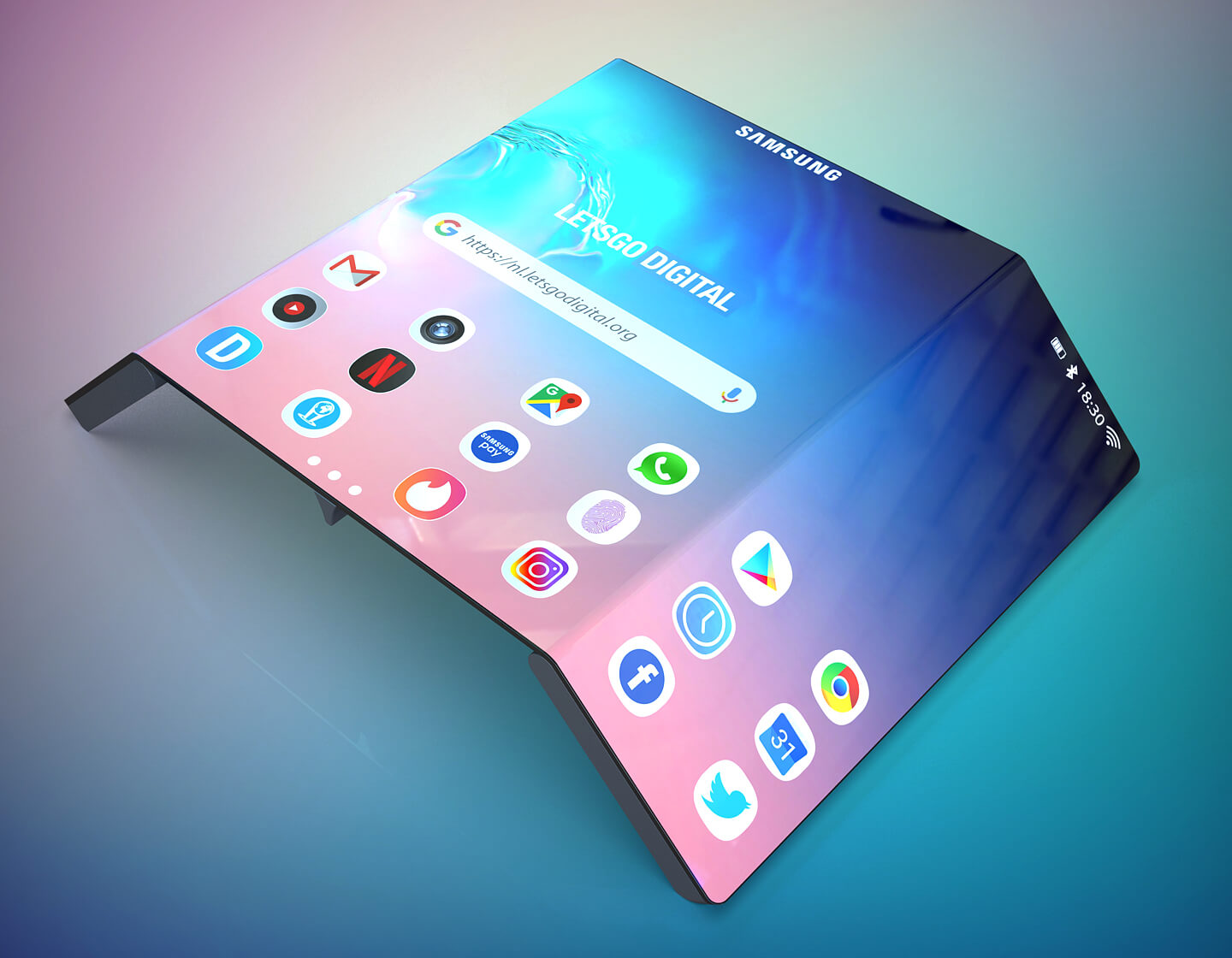 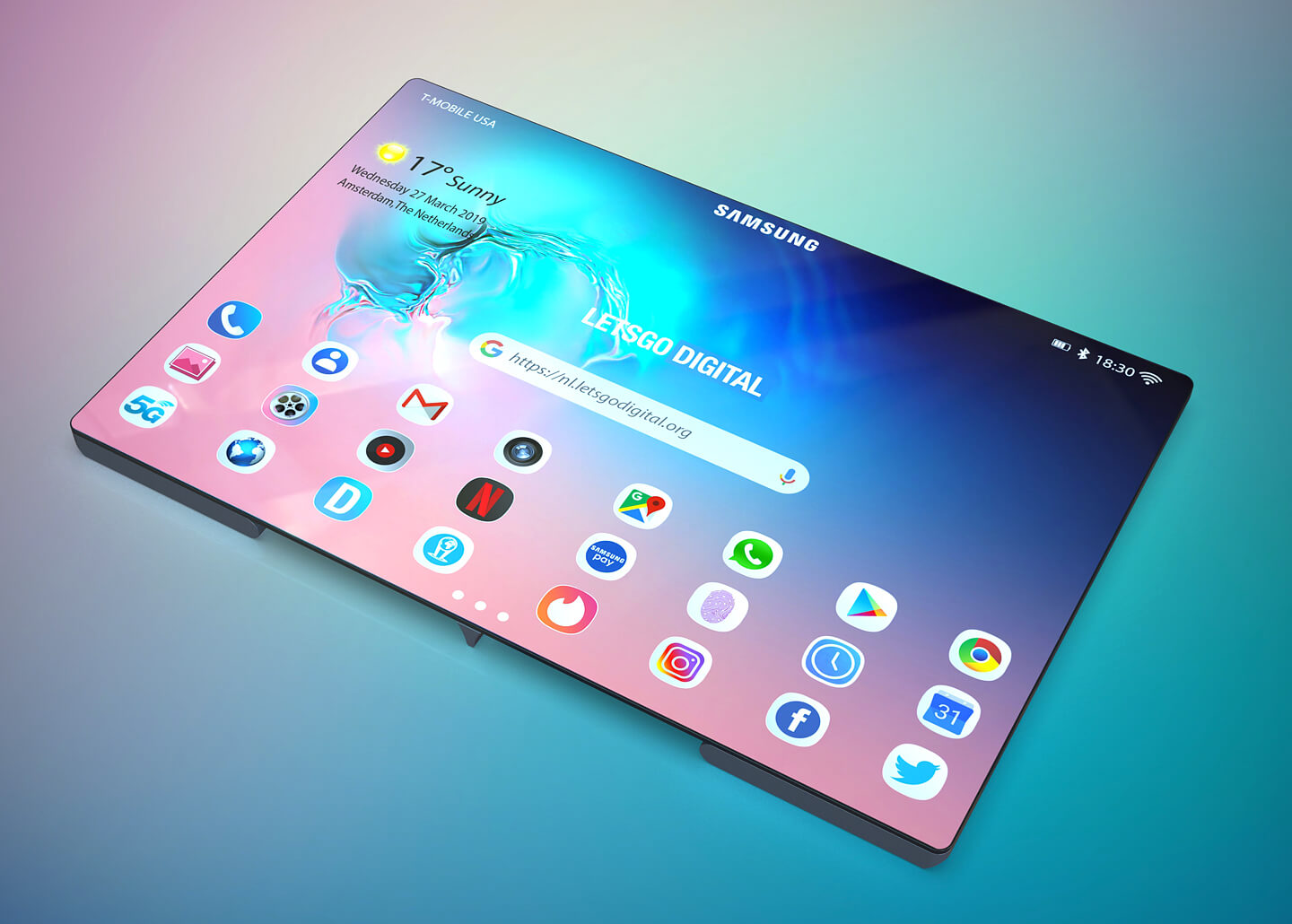 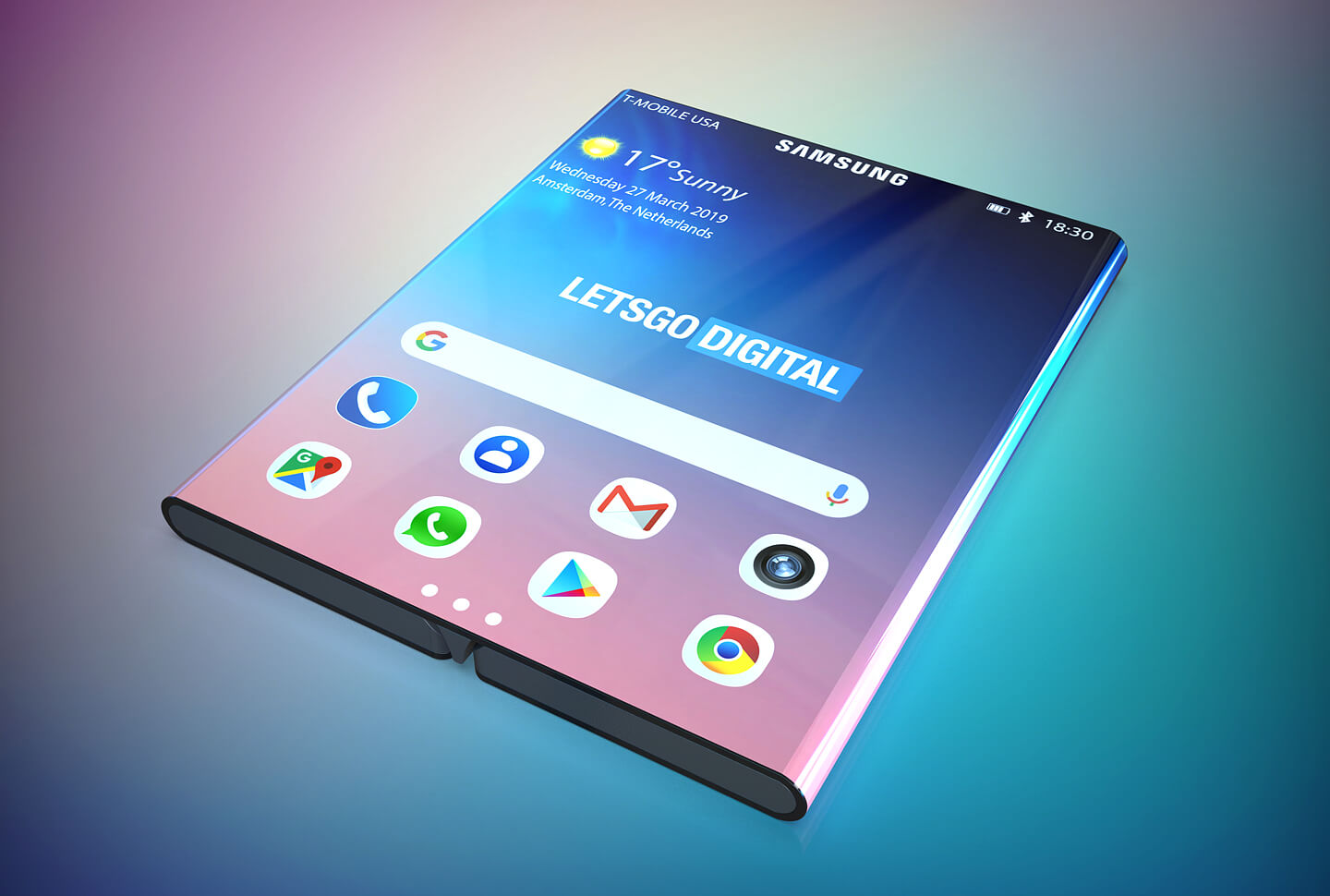 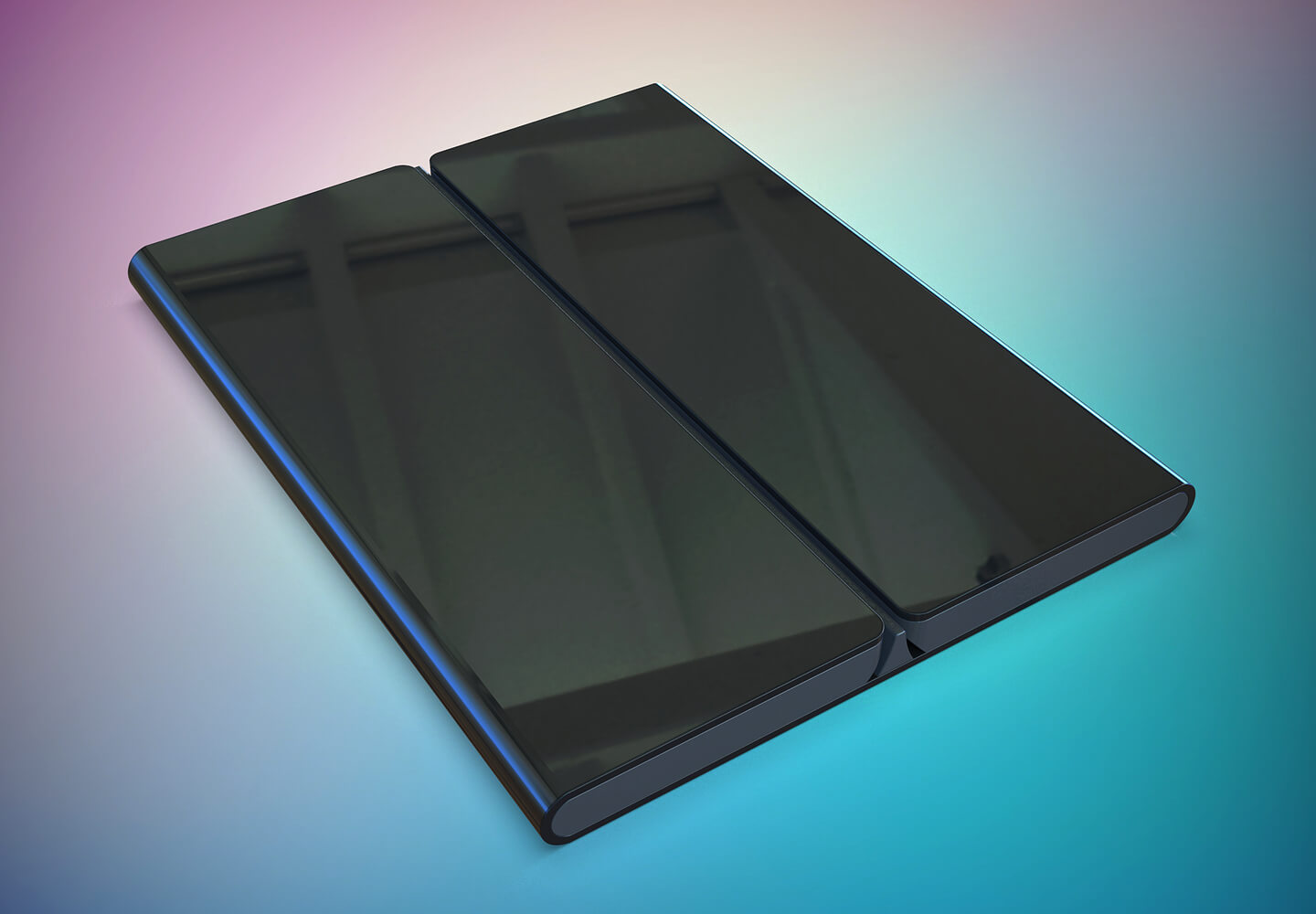 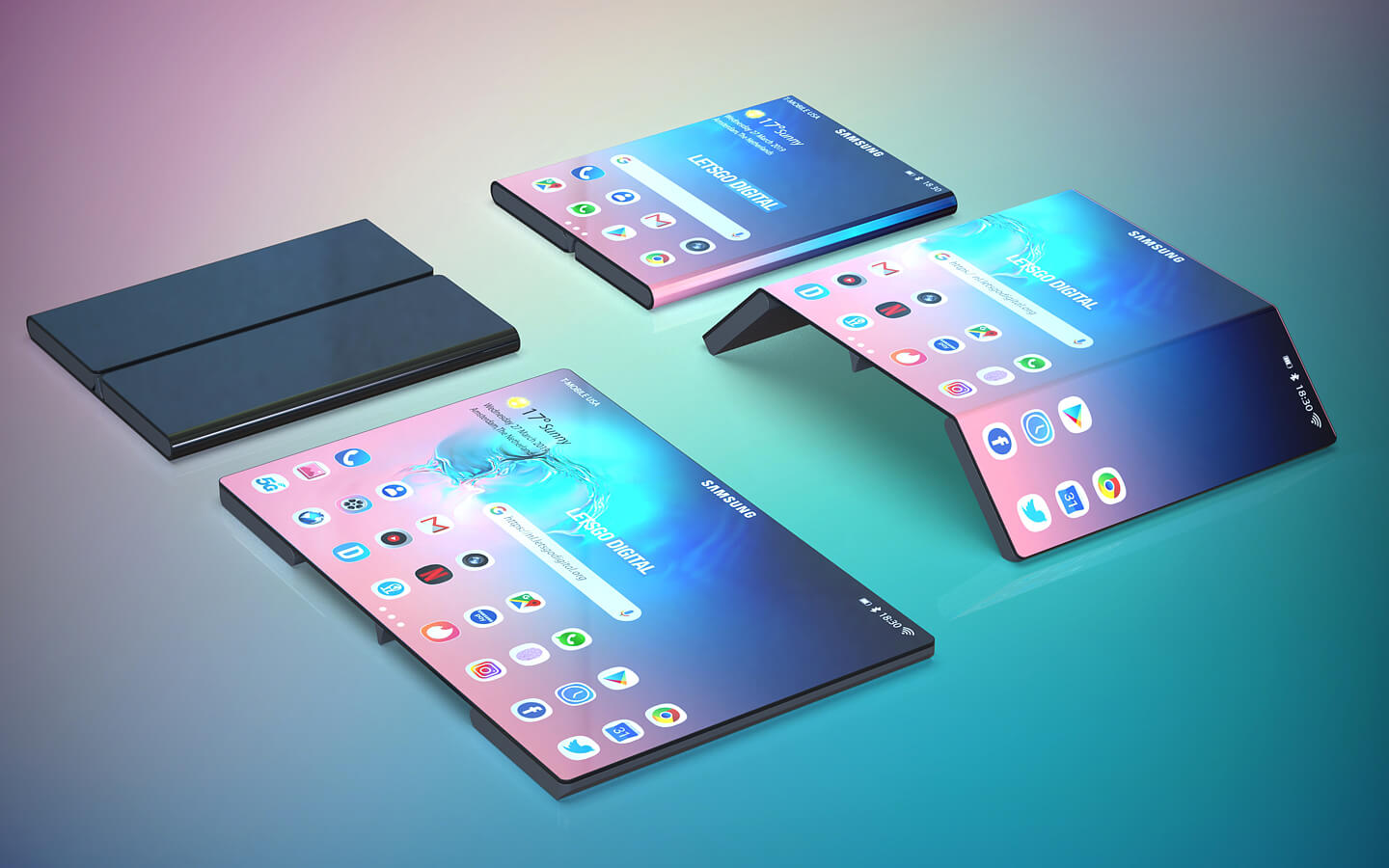