When Zalzala Koh, or “Earthquake Island,” was first created by a mud volcano, it stood 20 meters (65 feet) high, 90 meters (295 feet) wide and 40 meters (130 feet) long, making researchers to believe that it wouldn’t last very long, and several years later, that prediction came true. The strange island appeared off the coast of Pakistan near the port city of Gwadar after a 7.7 magnitude earthquake shook the country. “Zalzala Koh may be out of sight for now, but that does not mean it is completely gone. In 2019, hints of the island persist in Landsat imagery. As recently as June 2019, Landsat observed trails of sediment circulating around the submerged base,” said NASA in a blog post. Read more for a video and additional information.

When it first formed, the island was a major tourist instant attraction despite the toxic, flammable gas being spewed from its cracks. Plus, its surface was covered in sea creatures, like dead fish, and was a mixture of mud, sand and rock. “The island is really just a big pile of mud from the seafloor that got pushed up,” said geologist Bill Barnhart. 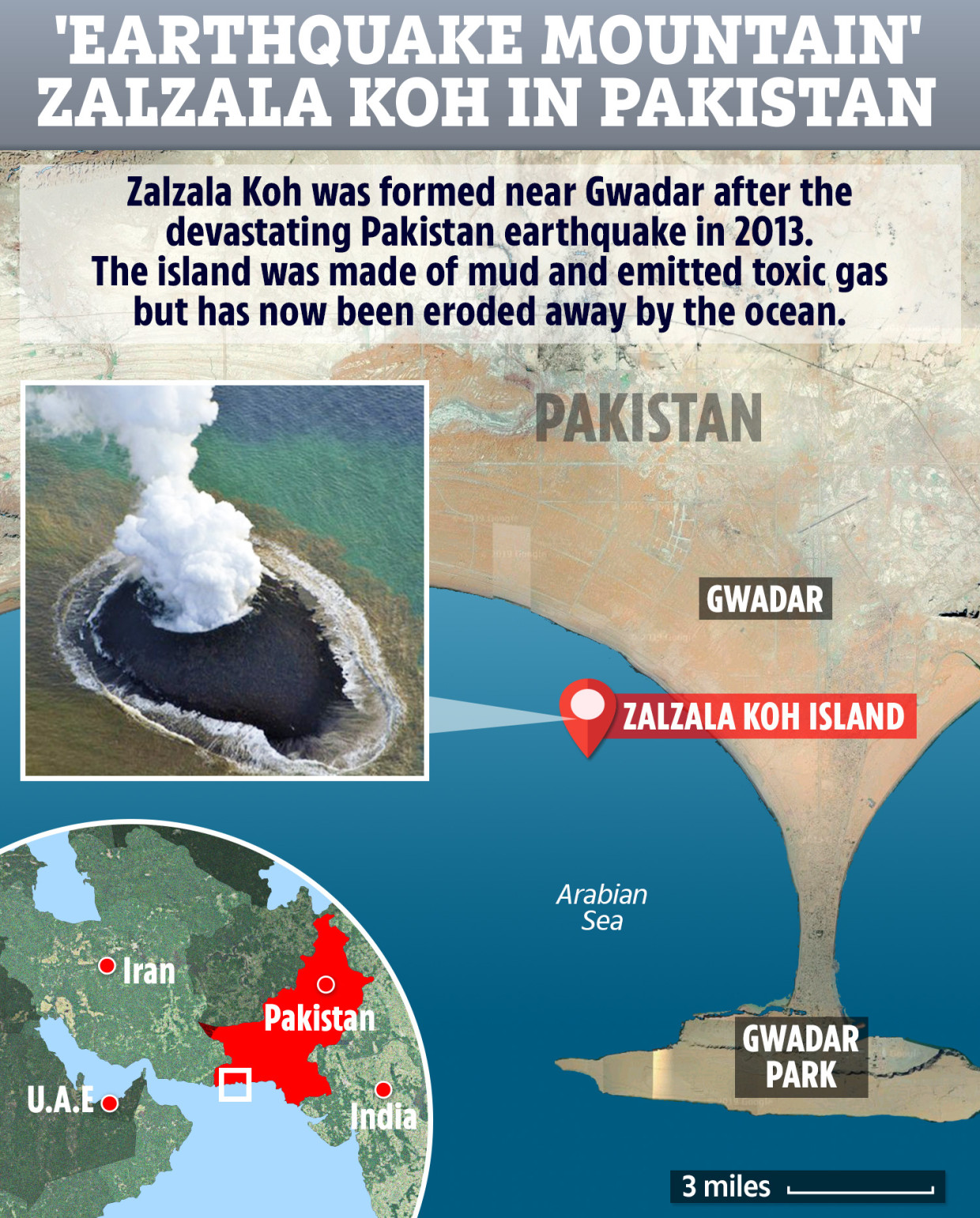 Samsung Patent Reveals Galaxy Smartphone with an Expandable Display, Here’s How it Might Look