Photo credit: Suren Manvelyan
The Expanding Hole optical illusion has been causing a stir online today, and for good reason. Many – up to 86% of the people surveyed – will perceive the central black hole to be expanding, as if you’re moving into a dark environment, or falling into a hole. Put simply, it consists of a circular smear or shadow gradient of the central black hole evoking a marked impression of optic flow, as if you are heading forward into a hole or tunnel. 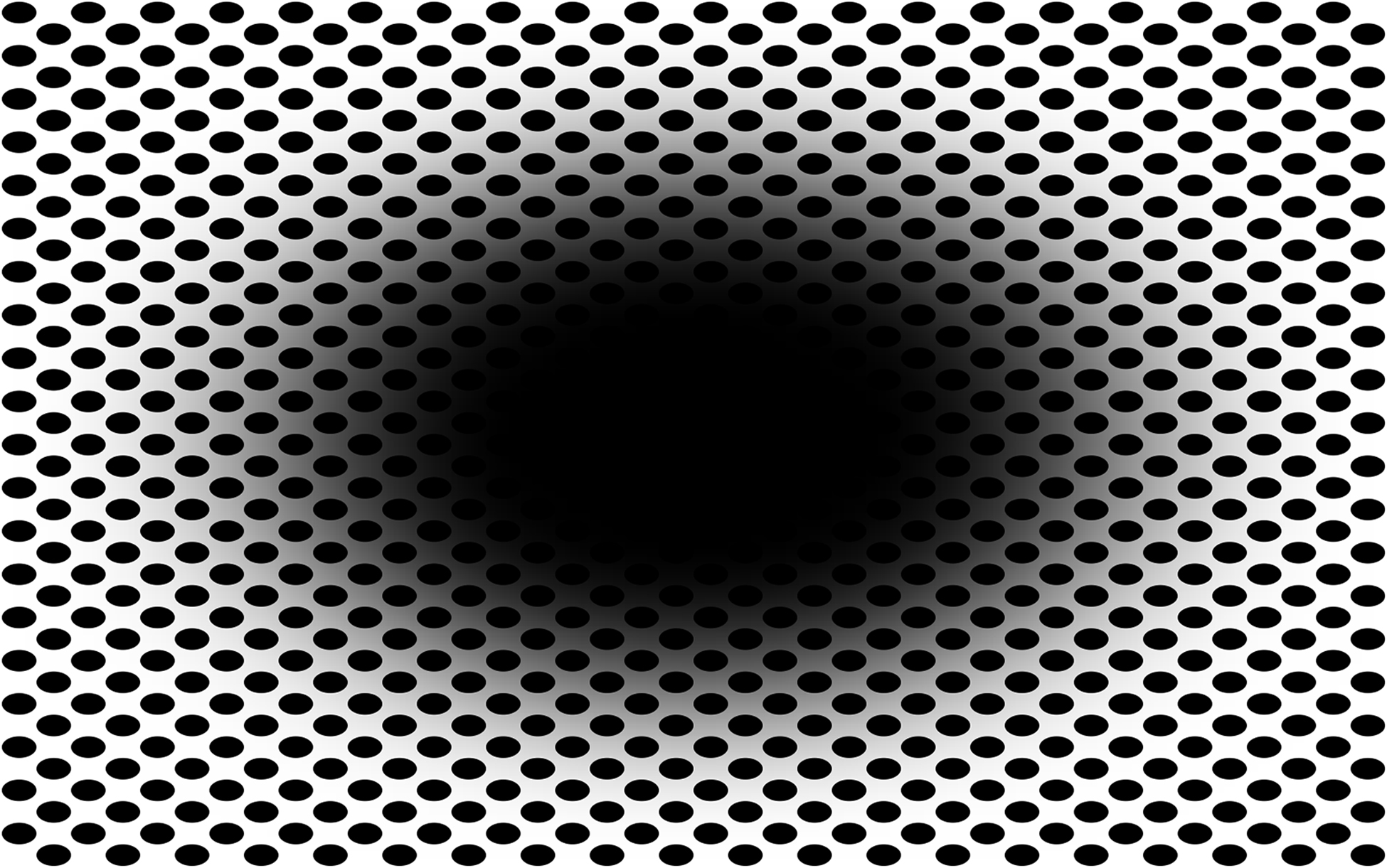 Researchers from the University of Oslo gathered 50 adult participants for this study and then proceeded to let them view 26 different versions of the Expanding Hole illusion, with each one in a different smear / dot color combination. The one you see above – a black smear with dots on a white background – generated the strongest reaction, with 43 participants reporting that the hole appeared to be expanding. Whatever the case may be, it’s all just an illusion, just like this infinity cube lamp.

Here we show based on the new ‘expanding hole’ illusion that that the pupil reacts to how we perceive light – even if this ‘light’ is imaginary like in the illusion – and not just to the amount of light energy that actually enters the eye. The illusion of the expanding hole prompts a corresponding dilation of the pupil, as it would happen if darkness really increased,” said Dr Bruno Laeng, a professor at the Department of Psychology of the University of Oslo.

OUKITEL WP19 Smartphone Boasts a 21,000mAh Battery That Lasts for Over 3-Months on Standby