Photo credit: Olcay Tuncay Karabulut
Star Wars fans know that landspeeders are anti-gravity craft used through the series in both civilian and military capacities, using a “repulsorlift” that allows them to travel above a world’s surface. If Formula 1 were to adopt similar technologies and created a racing series, this is what one of the first vehicles might look like, or according to designer Olcay Tuncay Karabulut. Read more for another picture. 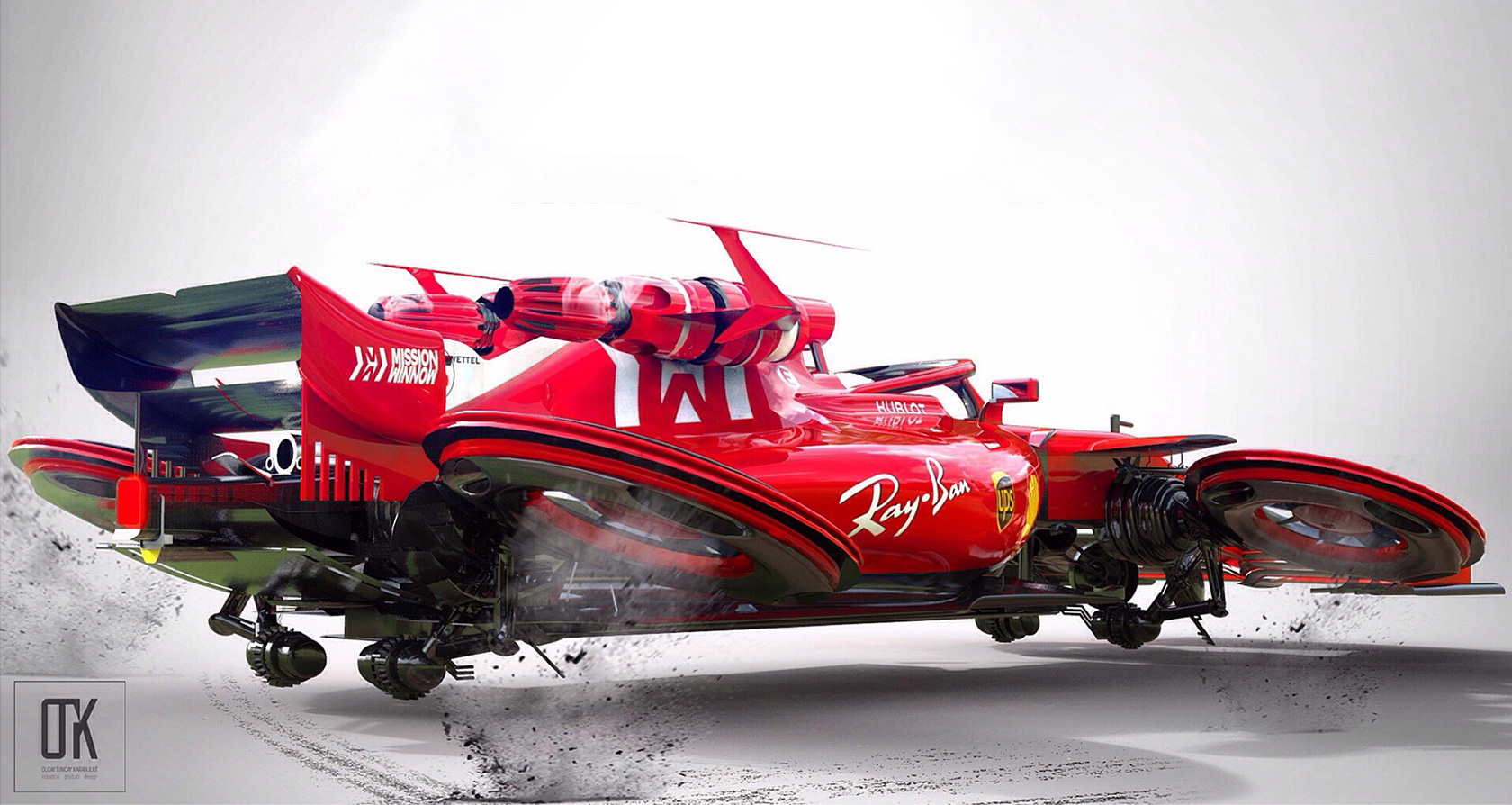 In related news, two of the first Landspeeders to appear in Star Wars – Luke Skywalker’s X-34 and a V-35 – were designed by special effects artist John Stears and actually fitted around real cars. That’s right, they were built by Ogle Design around the chassis of a Bond Bug, and one of the major hurdles the production crew faced was concealing the vehicle’s wheels to give the illusion that the craft was hovering.