Swansea University researchers have discovered a liquid that behaves similar to a solid, thus opening new possibilities in the field of engineering. This new study basically observes fluids with a solid response to stress, and the phenomenon has been called Discontinuous Shear Thickening (DST). It describes when liquid suddenly thickens and becomes solid when disturbed, creating intricate patterns in granular materials, porous media, and complex fluids such as foams, gels, and pastes. Read more for a video and additional information.

The method requires a high-speed camera to visualize invasion patterns, and scientists used regular kitchen corn starch mixed with water. This mixture is then placed in a narrow cell where pressurized air is released into the corn starch-water fluid and the camera films how the air escapes. 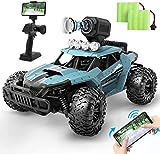 Our main hypothesis was that the fluid would ‘fracture’ like a solid if given enough stress. This would be a great thing to see since a fluid ought to exhibit wide finger patterns. Therefore, we were delighted to see a narrow fracturing response as this meant we had developed a new kind of experiment to probe the conditions for which DST is observed,” said Dr. Deren Ozturk.